5 Things to Feel Good About on Good Friday

This day represents resurrection and new life—something that’s often beaten out of us with the daily dirge of bad news. But there are plenty of bright spots that signal fresh beginnings and new energy in the world. Here are a few.

1. People are turning out in record numbers to vote all across the U.S. You may not agree with who they’re voting for, but the electorate is energized and engaged in ways we haven’t seen since the historic highs of the 2008 election year.

According to the Pew Research Center, turnout in this year’s primaries and caucuses has doubled what it was in 2012. It lacks less than 2 percent in matching the levels of the 2008 presidential election. For Republicans alone, some states have seen voting increase by more than 200 percent.

Considering that free elections were set up by the founding fathers along with religious freedom and the right to free speech, it can be said that voting is a spiritual act. It’s good to see more people participating.

2. Americans are giving more. According to the Philanthropy Outlook 2016 & 2017, charitable giving in the U.S. will increase by more than 4 percent this year and next. This reflects giving by foundations, estates, corporations, individuals and households.

The economy may still be shaky, but a belief in charitable giving apparently isn’t.

3. Monarch butterflies are making a comeback. This past winter, 3.5 times as many monarchs as the year before returned to their home in the central Mexico mountains. This shows a continued reversal of a multi-year decline—and what can happen when countries work together.

The resurgence started in 2014, thanks at least in part to combined efforts by Canada, the United States and Mexico. This year the butterflies covered close to 10 acres in their Mexican winter refuge—a significant increase over 1.66 acres just two years ago.

The reintroduction of milkweed plants is helping, since the butterflies lay their eggs only on milkweed and use the plant for food. Also, Mexico has cracked down on illegal logging, protecting the forest canopy that helps shelter the monarchs during the winter. The goal is to see 220 million monarchs in Mexico in 2020, compared to the 140 million estimated this year.

“It is the beginning of a new journey of achievement and giving to the people,” Sheikh Mohammed said, “and we ask God to help us serve and take care of them.”

5. The effects of mindfulness are not all in our minds. As often happens, science caught up with spirituality recently when a new study showed that meditation really does change our brains. The study, published in Biological Psychiatry, is significant because it shows that the effects of meditation are different than a placebo.

After three days, participants who used mindfulness meditation showed a difference in their brain scans related to reducing stress and increasing calm. Those changes didn’t occur in a test group who experienced relaxation techniques without formal meditation.

It’s another positive sign that removing ourselves from the fear-based and stressful events of the day offers healthful benefits—just like acknowledging good news on Good Friday.

Have a blessed Easter! 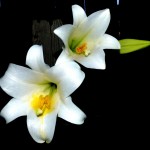 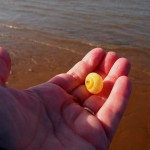 April 1, 2016 3 Universal Laws of Success
Recent Comments
0 | Leave a Comment
"Love, love, LOVE this! Sorry it took me 4 years to stumble across it!"
Donna A “Miracles” Message to Donald Trump
"I wish we could wish for another president, lol, but I guess this blog will ..."
madison_kelly 5 Spiritual Steps to Ease Tensions ..."
"When I was a kid, about the age of 6 I was very shy and ..."
Nicholas Premonitions – No Ordinary Dream
"Thank you, Claire!"
Debra Engle A “Miracles” Message to Donald Trump
Browse Our Archives
get the latest from
New Visions
Sign up for our newsletter
POPULAR AT PATHEOS New Visions
1