If you ever needed evidence that the wisdom of the heart transcends the body, go see the movie Gleason.

It’s the story of Stephen Gleason (above, with his son Rivers), a former safety for the New Orleans Saints who was diagnosed with Lou Gehrig’s Disease (ALS) in 2011. Six weeks later, he and his wife Michel learned she was pregnant, and Steve began a video journal “intended to be a gift for you, my child, who I have not yet met.”

The documentary is not easy to watch, as it takes us inside Steve’s steady physical decline, his marriage and his difficult relationship with his own father. But the same honesty that makes it sometimes brutal also makes it riveting and, ultimately, uplifting.

From the beginning, Steve asks tough, insightful questions of himself and the people around him. In fact, those questions, along with his extraordinary ability to articulate his inner thoughts, make this documentary much more than a story of battling a crippling disease.

It’s as though the limitations of time give Steve the courage to ask questions that many of us go our entire lives without asking. As he loses the ability to speak and begins relying on technology to communicate, he gives voice to questions that create connection, that heal, that open the door to greater understanding.

Here are four questions that stand out:

One night when Michel readies herself for bed, Steve notes that she walked right by him without acknowledging him. It’s a heartbreaking moment, stripping away any pretense. Michel is exhausted from her constant caretaking role, and it’s clear they both fear the physical distance that ALS has imposed on their relationship. In his digitized voice, Steve asks her, “What can I do to be more important to you?”

In an interview with his own father, Steve raises a question that the two have grappled with before. His father, an evangelical who has been hard on what he perceived as Steve’s lost soul, addresses this question: “What would you change about your philosophy of fatherhood?” His answer? “Probably being gentler.”

In an interview with Eddie Vedder, lead vocalist for Pearl Jam, Steve says this: “I am assembling a video journal library for (Rivers)…I ask people who had a parent die when they were young what they wished they knew about their parent. I use their answers as fuel for my journals. You did not know your dad. What are a couple things you wish you knew about him?” Understandably, the question itself triggers an emotional moment for both men.

And in one of his first video journals for his son, Steve asks himself, “What would I want to hear my dad say?” In a sense, the entire documentary is an answer to that question.

Gleason is worth seeing for many, many reasons. Not the least of which is this: It may give us the inspiration and courage to ask some healing questions of our own.

Debra Engle is the author of The Only Little Prayer You Need and the upcoming Let Your Spirit Guides Speak. You can find her on Facebook and at debraengle.com. 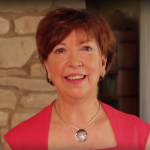 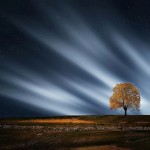 August 23, 2016 The Great Epidemic of Loneliness
Recent Comments
0 | Leave a Comment
Browse Our Archives
get the latest from
New Visions
Sign up for our newsletter
POPULAR AT PATHEOS New Visions
1