Especially during the Christmas season, each character in Luke’s record comes to life for me. I crave details and long to ask them about their experiences. So I search and search for tidbits that can enhance the story I’ve embraced in the New Testament.

Elisabeth descended through Aaron’s priestly lineage. I love the description of Elisabeth and her husband Zacharias.

And they were both righteous before God, walking in all the commandments and ordinances of the Lord blameless.

And they had no child, because that Elisabeth was barren, and they both were now well stricken in years.

Elisabeth is one of the few women with recorded speech in the Bible. It’s short, but conveys her depth of faith and pain.

And after those days his wife Elisabeth conceived, and hid herself five months, saying,

Thus hath the Lord dealt with me in the days wherein he looked on me, to take away my reproach among men.

After Gabriel announced the birth of Jesus to Mary, he concluded by saying Elisabeth had also conceived a son. Elisabeth was her second witness that “with God nothing shall be impossible.”

And she spake out with a loud voice, and said, Blessed art thou among women, and blessed is the fruit of thy womb.

And whence is this to me, that the mother of my Lord should come to me?

For, lo, as soon as the voice of thy salutation sounded in mine ears, the babe leaped in my womb for joy.

And blessed is she that believed: for there shall be a performance of those things which were told her from the Lord.

After Zacharias doubted Gabriel’s message, Elisabeth had to defend the command Gabriel gave to Zacharias.

At John’s circumcision and naming, family and friends named John after his father.

And his mother answered and said, Not so; but he shall be called John.

In that moment, Zacharias regained his voice and prophecied about John’s ministry.  Ironically, in the Biblical setting, in that same moment, Elisabeth’s voice went silent.

Each time we heard her, she testified of God and His plan.  She recognized His mighty power in her life trial. She welcomed the mother of the Son of God into her home and, being full of the Holy Ghost, immediately recognized them as such and prophesied of the Savior’s mission.  She firmly withstood pressure by those without understanding trying to help.  She spoke full of the power and according to God’s will.

The Mandaean Gospel of John the Baptizer delineates Elisabeth’s age as 88 when she gave birth to John.

Elisabeth Protects John While Zacharias is Killed—Protoevangelium of James

One of the most heart wrenching stories is Herod’s slaughter of Bethlehem’s children. John fell into that same age range. Elisabeth fled her home to save his life.

And when Herod knew that he had been mocked by the Magi, in a rage he sent murderers, saying to them: Slay the children from two years old and under. And Mary, having heard that the children were being killed, was afraid, and took the infant and swaddled Him, and put Him into an ox-stall. And Elizabeth, having heard that they were searching for John, took him and went up into the hill-country, and kept looking where to conceal him. And there was no place of concealment. And Elizabeth, groaning with a loud voice, says: O mountain of God, receive mother and child. And immediately the mountain was cleft, and received her. And a light shone about them, for an angel of the Lord was with them, watching over them.

And Herod searched for John, and sent officers to Zacharias, saying: Where hast thou hid thy son? And he, answering, said to them: I am the servant of God in holy things, and I sit constantly in the temple of the Lord: I do not know where my son is. And the officers went away, and reported all these things to Herod. And Herod was enraged, and said: His son is destined to be king over Israel. And he sent to him again, saying: Tell the truth; where is thy son? for thou knowest that thy life is in my hand. And Zacharias said: I am God’s martyr, if thou sheddest my blood; for the Lord will receive my spirit, because thou sheddest innocent blood at the vestibule of the temple of the Lord. And Zacharias was murdered about daybreak. And the sons of Israel did not know that he had been murdered.

But at the hour of the salutation the priests went away, and Zacharias did not come forth to meet them with a blessing, according to his custom. And the priests stood waiting for Zacharias to salute him at the prayer, and to glorify the Most High. And he still delaying, they were all afraid. But one of them ventured to go in, and he saw clotted blood beside the altar; and he heard a voice saying: Zacharias has been murdered, and his blood shall not be wiped up until his avenger come. And hearing this saying, he was afraid, and went out and told it to the priests. And they ventured in, and saw what had happened; and the fretwork of the temple made a wailing noise, and they rent their clothes from the top even to the bottom. And they found not his body, but they found his blood turned into stone. And they were afraid, and went out and reported to the people that Zacharias had been murdered. And all the tribes of the people heard, and mourned, and lamented for him three days and three nights. And after the three days, the priests consulted as to whom they should put in his place; and the lot fell upon Simeon. For it was he who had been warned by the Holy Spirit that he should not see death until he should see the Christ in the flesh.

In this passage from the Pistis Sophia, Mary connected herself to Elisabeth in fulfilling prophecy.  Mary and Jesus typify grace and Elisabeth and John typify truth.

And Mary, the mother of Jesus, again came forward, fell down at his feet, kissed them and said: “My Lord, my son and my Saviour, be not wroth with me, but pardon me, that I may once more speak the solution of these words. ‘Grace and truth met together,’–it is I, Mary, thy mother, and Elizabeth, mother of John, whom I have met. ‘Grace’ then is the power of Sabaōth in me, which went forth out of me, which thou art. Thou hast had mercy on the whole race of men. ‘Truth’ on the other hand is the power in Elizabeth, which is John, who did come and hath made proclamation concerning the way of Truth, which thou art,–who hath made proclamation before thee. And again, ‘Grace and truth met together,’–that is thou, my Lord, thou who didst meet John on the day when thou hadst to receive the baptism. And again thou and John are ‘Righteousness and peace kissed each other.’–‘Truth hath sprouted forth out of the earth, and righteousness looked down from heaven.’

In every recorded instance of her life, Elisabeth—righteous, obedient, humble, prophetic, strong Elisabeth—inspires me. 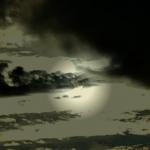 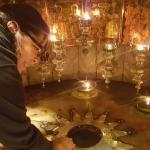 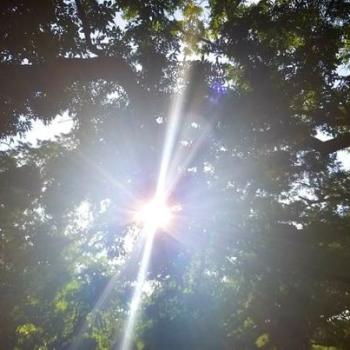 Latter-day Saint
Sanctification in "The Savior, the Sacrament, and Self-Worth"
Spiritual Truth Seeker – My Tesserae 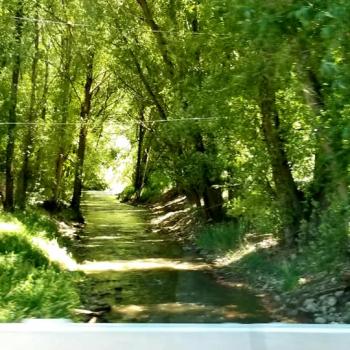