When King George VI of Great Britain died on February 6, 1952, his oldest child, Princess Elizabeth, succeeded him to the throne. Yesterday, the queen became the first British monarch to celebrate a Platinum Jubilee “marking seventy years of service to the people of the United Kingdom, the Realms, and the Commonwealth.”

However, this celebration has been eclipsed by remarks she made in time for yesterday morning’s front pages: she expressed a “sincere wish” that Prince Charles’ wife, Camilla, should be known as “Queen Consort” when Charles succeeds his mother to the throne.

Elizabeth is a “Queen Regnant” in that she inherited the throne following the death of the previous monarch. By contrast, a “Queen Consort” is the spouse of a ruling king, though, as the BBC explains, “Queen Camilla” would be her future title. Since the monarch is the only person who can define royal titles, this is seen as a “hugely significant intervention” by the queen.

I have long admired the queen’s personal faith and steadfast commitment to her people. Her declaration is completely in keeping with her power as a constitutional monarch.

However, it also points to a foundational temptation that lies at the heart of our fallen humanity.

A drawing by Albrecht Dürer purchased at a yard sale in 2017 for $30 has been valued by experts in excess of $10 million. A cube made from $11.7 million worth of gold was recently placed in Central Park for a day and protected by its own security detail. And NBCUniversal announced that it has sold out all its ad inventory for next Sunday’s Super Bowl LVI, with multiple thirty-second spots bringing a record $7 million each.

There is no logical argument for such valuations on their intrinsic merits. The Dürer drawing is merely ink (or pencil; the article did not specify) on paper. The value of the golden cube depends on the valuation of gold “set by several banks, an oversight committee, and a panel of internal and external chair members.” Super Bowl ads are worth what advertisers will pay for them.

We could go on: at current metal prices, Olympic gold medals are valued at $750, but the world assigns them a worth beyond financial estimation. Ukraine’s population is .056 percent of the world’s population, but the country’s current geopolitical significance is making global headlines.

China’s Politburo Standing Committee currently has seven members, but they function as the “epicenter” of the nation’s power and leadership. In practical terms, however, the country is led by a single man, President Xi Jinping. The same is true for Russian President Vladimir Putin. Apart from their political offices, neither man would be a threat to the world by himself, but each wields power by virtue of positional economic and military authority that can change the world overnight.

“I wanted to be president of the world!”

Here’s my point: our ultimate value is not ours to determine, though we are tempted every day to live as though it is. We each want to be our own god (Genesis 3:5), kings of our own kingdom. But we are unable by ourselves to become what we most want to become.

In The Preaching Event, esteemed preacher John Claypool records an admission he once made to an audience at Yale University: “People used to ask me what I wanted to be when I grew up, and I was shrewd enough to fashion my answer according to what I thought they wanted to hear. For some it was a policeman, for others a fireman or a preacher. However, in my own heart of hearts, I had my own private fantasy that I never dared to share with anyone. Do you know what it was? I am telling you the gospel truth: I wanted to be president of the world!”

And yet, Claypool never achieved his childhood aspiration. Nor have I become what my egotistical heart wishes to be. Nor have you, I would guess.

But we try. We seek the admiration of those whose opinion we respect, the success valued by those we strive to impress, the authority conferred by governments on their leaders. As a counselor astutely told me, “I am not who I think I am. I am not who you think I am. I am who I think you think I am.” Many people live for such approval from those whose opinion they believe will validate their lives and ensure their significance.

Here’s the good news: our actual value has already been determined by One whose opinion is the only opinion that truly matters.

My high school youth minister gave me advice I have repeated often over the years: Always remember the source of your personal worth. Here it is: “To all who did receive [Jesus], who believed in his name, he gave the right to become children of God, who were born, not of blood nor of the will of the flesh nor of the will of man, but of God” (John 1:12–13).

Why did God confer such status on us? “See what kind of love the Father has given to us, that we should be called children of God” (1 John 3:1).

This changes everything. Knowing that we are now and forever the beloved children of the God of the universe gives us status and significance the world can neither bestow on us nor take from us. It fills the deep hunger of our souls for meaning and worth. It is a transformative gift we are now called and privileged to pay forward to everyone we can, however we can.

“Why do I keep leaving home?”

Our status as God’s children has so gripped me in recent days that I want to explore it with you in Daily Articles across this week. For today, we’ll close with these questions:

One: Have you become the child of God through faith in Christ? If not, why not? (For answers to frequent questions about Christ and salvation, please see my website article, “Why Jesus?“)

Two: If you know you are a child of God, how is this fact most relevant to your aspirations and needs today?

Philosopher J. P. Moreland noted: “I am the prodigal son every time I search for unconditional love where it cannot be found. Why do I keep ignoring the place of true love and persist in looking for it elsewhere? Why do I keep leaving home where I am called a child of God, the Beloved of the Father?”

NOTE: When was the last time you scaled the soaring peaks of Mount Hermon in Israel or peered into the watery depths of the Dead Sea? When did you last visit the site honoring Christ’s birth in Bethlehem or his death and resurrection in Jerusalem? This Lenten season, you can do all this and more when you get my 47-day devotional coffee table book called To Walk in His Footsteps. Please request your copy today. 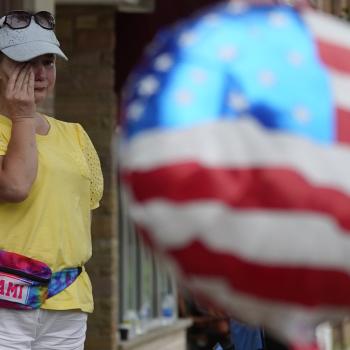 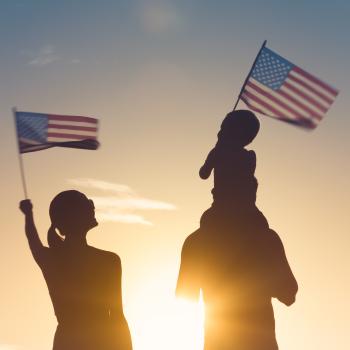 Evangelical
A majority of Americans aren’t proud to be...
Denison Forum 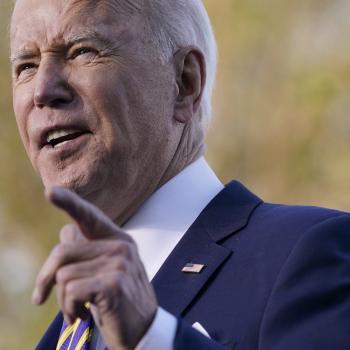 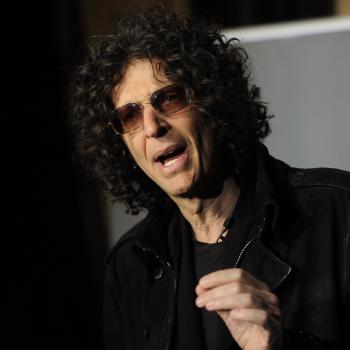