Why a Texas megachurch is relocating hundreds of Ukrainian refugees

Gateway Church is a multisite megachurch based in Texas. They are in the news today because they have helped around four hundred Ukrainian refugees relocate and are in the process of helping to relocate hundreds more. According to the church’s spokesman, Gateway has been able to do this because of relationships with several congregations in Ukraine that predate the outbreak of war.

By contrast, the Organization for Security and Co-operation in Europe released a 108-page document accusing Russia of illegally targeting hospitals, schools, residential buildings, and water facilities. The United Nations reports that 1.4 million Ukrainians are without running water and 4.6 million are at risk of losing their water supply. Experts are warning that the US and Europe “must be ready for Russian biological or chemical attacks.” On Tuesday, President Biden accused Vladimir Putin of perpetrating genocide against the Ukrainian people.

“When men and women no longer revere God”

Wallace B. Henley is a former pastor, White House, and congressional aide. In an article published yesterday on Christian Post, he reports that a TV interviewer asked him, “Why do you think the Russians are committing atrocities in the Ukraine?

He writes: “‘Abortion,’ I answered so quickly it surprised even me.”

Here’s the connection: whether it’s Russian soldiers massacring innocent Ukrainians or Americans murdering innocent unborn babies, both are objectifying humans as a means to their ends. He is right: “Without the sense of God’s transcendence, the concept of sin is lost as well.” The result is “the loss of the secularized individual human spirit and the soul of the society of the belief in and sense of God’s transcendence and the human accountability that goes with it.”

Henley concludes: “When men and women no longer revere God, they lose reverence and respect for the life he has created in the womb as well as the lives of innocents rushing to shelters amidst a fiery war.

“The tragedies in Ukraine should appall us all, but not surprise us at all.”

“He made him to be sin who knew no sin”

On this day in Holy Week, Jesus pled three times with his Father for this “cup” to “pass” from him” (cf. Matthew 26:36–44). I believe our Savior was focused less on the physical torture he would face, as unspeakably horrific as it was, than on the spiritual agony he would experience.

On the cross, the Father placed the sins of all of humanity on his sinless Son’s soul. In that moment, for the only moment in all of eternity, the two were separated as the Son cried out, “My God, my God, why have you forsaken me?” (Matthew 27:46).

Paul explained the transaction this way: “For our sake he made him to be sin who knew no sin, so that in him we might become the righteousness of God” (2 Corinthians 5:21). On this Maundy Thursday night, the Father said no to his Son so he could say yes to you and me.

Here’s the problem: we know this to be so. We’ve heard all our Christian lives that God loved us so much he sent his Son to die for us (John 3:16). As a result, we can miss the necessity of that sacrificial love for our souls today. That’s because we all too easily overlook the depth of our sins today.

You and I don’t have to commit atrocities against Ukrainians or abort unborn babies in America to participate in a culture that objectifies others to their loss and our gain. Every relational sin we commit, from theft to deceit, gossip, slander, lust, and so on, is a variation on the same theme.

But it’s not just sins of commission that sent Jesus to the cross—it’s sins of omission as well.

When our Israel study group recently toured Yad Vashem, the Holocaust museum in Jerusalem, I stopped before a statement by the German writer Kurt Tucholsky that moves me every time I read it: “A country is not just what it does—it is also what it tolerates.”

I live in a country that has murdered ten times more unborn babies than the number of Jews murdered by the Nazis. We tolerate pornography and endorse all manner of sexual immorality. Racism is still endemic in parts of our society. Drug and alcohol abuse are epidemics. I could go on.

Maundy Thursday urgently calls us to remember this simple fact: it was my sins that put Jesus on the cross. And yours.

How to “abandon every false way of obtaining love”

We have focused this week on the work of the Holy Spirit during Holy Week. Let’s close today’s reflection with the fact that the Spirit not only convicts us of the sins for which Jesus died (John 16:8), but he also participates in our forgiveness and restoration “by the washing of regeneration and renewal of the Holy Spirit” (Titus 3:5).

Now we as Christians have a choice. We can embrace the security of our salvation but overlook our present sins of commission and omission. Or we can make time on this Maundy Thursday to submit to the Spirit, asking him to identify our unconfessed sins and then repenting of them with genuine contrition.

If we wisely choose the latter, we will experience the transforming grace of God in ways that will make this a true Holy Week for our souls. Henri Nouwen explained the nature of such faith with his usual depth of wisdom:

“The word faith is often understood as accepting something you can’t understand. People often say, ‘Such and such can’t be explained, you simply have to believe it.’ However, when Jesus talks about faith, he means first of all to trust unreservedly that you are loved, so that you can abandon every false way of obtaining love. . . .

“When Jesus says to the people he has healed, ‘Your faith has healed you,’ he is saying that they have found new life because they have surrendered in complete trust to the love of God revealed in him.”

Will you experience this “new life” today?

NOTE: It is my honor and pleasure to deliver a Good Friday message tomorrow, Friday, April 15, at Dallas Baptist University’s Good Friday Service. If you’re near the area, join us at 7 p.m. in Pilgrim Chapel.

April 13, 2022
The latest on the Brooklyn subway shooting: The urgency and power of a “Silent Wednesday”
Next Post 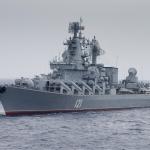 April 15, 2022 What caused a flagship Russian warship to sink in the Black Sea?
Browse Our Archives
Related posts from Denison Forum 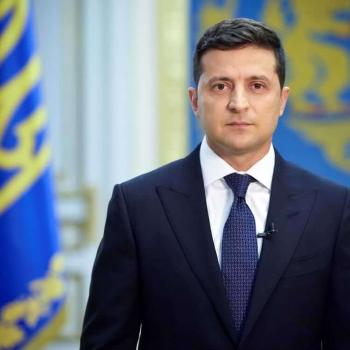