Buffalo mass shooting leaves 10 dead: Why ideas like “replacement theory” are so dangerous

Fans of the Dallas Mavericks and Boston Celtics are celebrating this morning as each team won their Game 7 matchups to advance to their respective Conference Finals. Fans of the favored Phoenix Suns and defending champion Milwaukee Bucks are experiencing the morning-after agony of defeat.

And how I wish that could be our main topic today.

Tragically, in the span of the last three days, five news-making shootings across the US have resulted in eleven dead and twenty-nine injured.

On Sunday afternoon in Laguna Woods, California, a shooter killed one person and wounded five others at Geneva Presbyterian Church. Parishioners hog-tied the suspect with an extension cord, an act of “exceptional heroism and bravery” according to a sheriff’s official.

Late Friday night, a series of three shootings occurred outside of the Milwaukee Bucks home arena following their Game 6 loss to the Boston Celtics. In total, twenty-one people were injured, though fortunately none of them died.

Less than twenty-four hours after the Milwaukee mass shootings, an eighteen-year-old man pulled into the parking lot of Tops supermarket in the Masten Park neighborhood of Buffalo. While wearing body armor and carrying an assault rifle, he opened fire on four people in the parking lot, killing three.

Upon entering the store, a security guard—former police lieutenant Aaron Salter—shot the gunman, but the shooter’s body armor shielded him from the bullets. Salter was not as fortunate and died when the gunman returned fire. The shooter then proceeded to attack the store’s shoppers and employees.

In total, ten people were killed and three were injured.

The gunman then surrendered to police outside the building and has since pled not guilty. He is due back in court on Thursday and faces first-degree murder charges that carry the penalty of life in prison.

Why did the Buffalo shooting happen?

The shooter—who I will not name in this article—was not from anywhere near Buffalo, NY. Rather, it appears that he chose the area because it is a predominately black neighborhood in an otherwise majority white part of the state.

Buffalo Police Commissioner Joseph Gramaglia said that the shooter had been in town “at least the day before” and that he had likely “come here to scope out the area, to do a little reconnaissance work on the area before he carried out his just evil, sickening act.”

That the attack was racially motivated is further supported by the racial epithet that the shooter wrote on the barrel of his gun, as well as extensive searches on the 2019 mosque shootings in Christchurch, New Zealand.

Most damning, however, is a 180-page manifesto that—as of this writing—is believed, but not confirmed, to be the work of the shooter.

In it, he calls himself a white supremacist and argues for core tenets of the “great replacement” theory, which contends that white people are being systematically replaced by non-white people, especially through immigration. Twenty-eight percent of the document is plagiarized directly from the declaration left by the Christchurch shooter in 2019, who also cited this theory as a motivation for his atrocities. The connection demonstrates the power of ideas to warp reason and incite abominable actions when put to the service of nefarious purposes.

The senseless violence in Milwaukee was tragic and stupid. The targeted murder of innocents because of their skin color and the shooter’s disturbed understanding of society is evil.

The latter sticks with us more because evil often feels like a more daunting foe than the idiotic, and that is especially true when it comes to what a person believes.

But where inane ideas used to remain, for the most part, locked away in the minds of those who held them, today it is relatively easy to find a corner of the internet in which they can be fostered and grow unchecked by the bounds of reason and reality. As such, any kernels of truth that may exist within an otherwise deranged idea provide all that’s required for that idea to spread.

And Christians are not immune to this tendency.

That’s why it’s so important for us to recognize that most people, even those who end up defending truly outlandish ideas, do not start out looking for something false to believe.

Rather, they are caught by a concept that resonates with them and then proceed to follow it further and further without ever stopping to question its veracity. They want it to be true so badly that they eventually convince themselves that it is. However, even the most seemingly innocuous falsehoods can deal great damage to our witness and to God’s kingdom.

We don’t have to look hard to see the kind of damage that can happen when followers of the one who called himself “the truth” begin to traffic in lies (John 14:6).

One reason the church has lost much of its prophetic voice in our culture today is that we have compromised our standards of faith to make room for unbiblical beliefs. Christian nationalism, for example, has led many to see the gospel as a political tool rather than the path to salvation because that is how far too many professed Christians have used it.

At the same time, denominations that have compromised biblical truth on issues of sexuality and the sanctity of life for the sake of appearing more loving and compassionate—by the culture’s standards—have also lost their voice by preaching a message in the name of Jesus that Jesus could never preach himself.

Ultimately, it doesn’t matter where along the ideological spectrum you start your descent into heresy. The end result will be largely the same: a life and witness that stands firmly beyond the bounds of God’s blessing.

Far too many Christians find themselves stuck in that barren wasteland, looking around bewildered at how they got there.

Fortunately, the path back to God is never really gone, even if we lose sight of it from time to time. It just takes the humility and self-awareness to admit where we’ve gone wrong and then allow the Lord to help us make the necessary corrections.

As C. S. Lewis described it, “If you are on the wrong road, progress means doing an about-turn and walking back to the right road . . . . Going back is the quickest way on.”

Where might you need to do an about-turn today?

May 13, 2022
Proxy wars and prayer: How will Russia respond to the latest news from NATO?
Next Post

May 17, 2022 Congress to hold UFO hearing today: What God may have intended with the question of alien life
Browse Our Archives
Related posts from Denison Forum 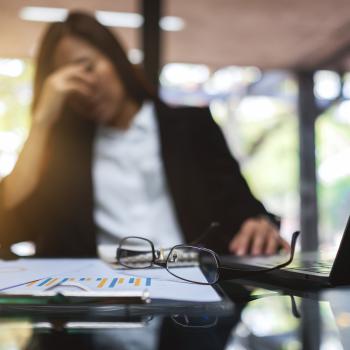 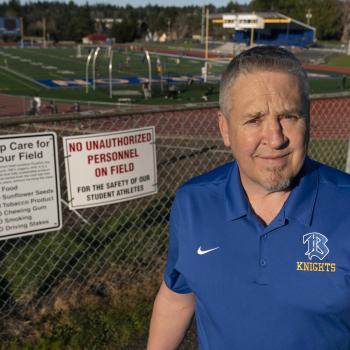 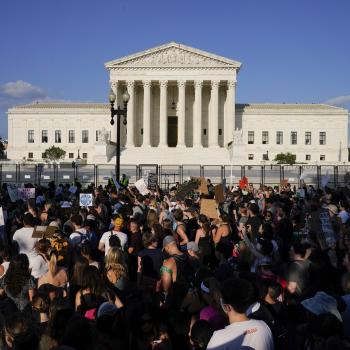