President Biden wants to end the filibuster to codify abortion

Salvatore J. Cordileone, the archbishop of San Francisco, described Dobbs v. Jackson Women’s Health Organization this way: “On Friday, the Supreme Court reversed a half century of discrimination against the weakest and most vulnerable among us. We are now free at last to work for a culture of life and love for every human being.”

By contrast, US President Joe Biden condemned the “outrageous behavior” of the Court and supported ending the Senate filibuster to codify Roe v. Wade.

In the meantime, the archbishop is right: we must continue to “work for a culture of life and love for every human being.” To that end, I wanted to devote today’s Daily Article to the most frequent question I have been asked by radio interviewers and others since Dobbs was handed down: Are women less safe now?

How should we respond to this common assertion?

The role of the Supreme Court

First, we need to understand the role of the Supreme Court in American society.

Members of Congress, as representatives of the people who elected them, make the laws of our nation. The courts are responsible for interpreting these laws and ensuring that they align with the Constitution and existing jurisprudence. As a result, the Supreme Court could not consider whether Dobbs would make women safer or less safe. Its only responsibility was to decide the case on the basis of the Constitution and existing laws of the land.

As constitutional attorney David French has noted, “The Court’s job is not to determine which rights we should possess but rather which rights we do possess” (his emphases).

The Court does this by focusing on “enumerated” and “unenumerated” rights. The former are rights that are clearly specified in the Constitution, such as the responsibility of the federal government to collect taxes and to regulate commerce. The latter are rights that are applications of the former, such as the right to travel within the country and the presumption of innocence in criminal cases.

As a result, regulating abortion is a matter for Congress and the states to decide. The safety of women, while obviously a vital question, could not be part of the Court’s reasoning.

The dangers of childbirth and abortion

My second response to the question is this: abortion is safer for women than childbirth but obviously deadly for its victims.

About seven hundred women die every year of pregnancy-related complications in the US. By contrast, during the period from 1998 to 2010, 108 women died during 16.1 million abortion procedures.

One maternal death is one too many. However, these numbers do not put seven hundred maternal deaths per year in context: there were 3.75 million live births in the US in 2019, which means that less than two-tenths of 1 percent of pregnancies end in the death of the mother. However, 100 percent of abortions end in the death of the child (excluding the rare exceptions when babies survive attempted abortions).

It is true that overturning Roe could make safer abortion options harder for women to access in states that do not permit elective abortions. In addition, women who want to abort their babies but cannot do so may face mental health challenges as a result.

Against these facts, once again, we must balance the babies saved as a result of Dobbs.

As I have written previously, the central question is whether the unborn child is a living human being. If it is, there is no moral justification for killing it (except to save the life of the mother). The reasons women choose abortion—finances, timing, partner-related issues, and the need to focus on other children—could all apply to a newborn baby just as much as to an unborn child. If the unborn child is a human, however, it deserves the same legal protections as a newborn child.

So, in answer to the question of whether Dobbs makes women safer, I would echo the question Chris Brooks asked a caller when I was on his national radio show Wednesday: “Which women?” He pointed out that more females than males are victims of abortion, the tragic fact of “sex-selection abortion” documented by research.

I added that human pregnancy produces humans. The life in the womb is completely distinguishable from all other living organisms, possessing all forty-six human chromosomes and able to develop only into a human being. It is complete—nothing new will be added except the growth and development of what exists from the moment of conception. Even at twelve weeks, when the unborn baby is only two inches long, every organ of the human body is clearly in place.

To conclude: Dobbs will unquestionably save far more lives than it may endanger. The unborn lives it saves are “fearfully and wonderfully made” by our Father (Psalm 139:14).

Now it is our responsibility and privilege to care both for them and for their mothers with every means of compassion and support, to the glory of God.

NOTE: For more on the power of God’s word to change our lives and our world, please see my latest blog, “A simple truth that profoundly affected my life and work.”

June 30, 2022
Will Howard Stern run for president?
Next Post

July 4, 2022 A majority of Americans aren’t proud to be American: Why the difference between pride and patriotism matters
Browse Our Archives
Related posts from Denison Forum 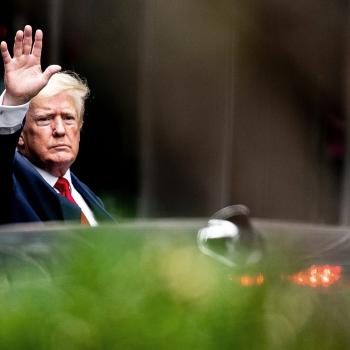 Evangelical
What Olivia Newton-John thought would happen when she...
Denison Forum 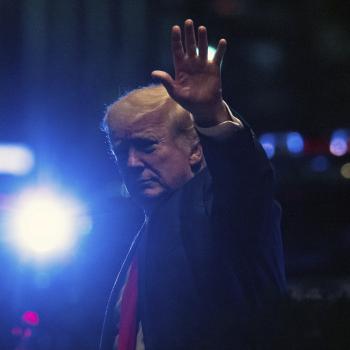 Evangelical
The latest on the search of Donald Trump’s...
Denison Forum 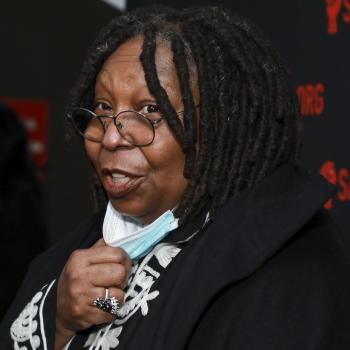 A Latin American Historian’s Musings on Classical Education...
I am leaving Academia for homeschooling. There. I said it. In three...
view all Evangelical blogs
Copyright 2008-2021, Patheos. All rights reserved.
Close Ad