The looming threats of Russia, Iran, and China

On Tuesday, all thirty NATO allies formally approved Finland and Sweden to move forward in their bid to join the alliance. This news came shortly after Russia cleared the last major obstacles to their control over the eastern part of Ukraine in recent days.

But while the world’s attention remains largely fixed on the conflict there—and understandably so—Russia and Iran have taken steps in recent months to remind America and its allies that the prospect of war is not limited to Eastern Europe. As Karoun Demirjian writes, our allies in the Middle East are “growing impatient, acutely aware that Washington’s attention and war capital are being drawn elsewhere.” Now the question is at what point those allies will take it upon themselves to respond.

That danger of an allied response that threatens to draw America into a larger war is especially dangerous with Iran.

While Russia’s increased activity in the area is challenging, Iran has interests that are more directly tied to the region. As such, Iran has long favored an approach that tests the limits of America’s commitment without provoking a more serious response. William Wechsler, director of Middle East programs at the Atlantic Council and a former Pentagon official, speculates that Iran’s actions are motivated by the desire “to establish an accepted set of behaviors that work to their advantage . . . and we have, in effect, largely accepted these malign norms of behavior over multiple administrations.”

As problematic as Iran’s behavior may be, their approach makes sense. But so does America’s reticence to become more involved in open conflict outside our borders. After all, once that line is crossed, where it leads is often beyond our control.

And the difficulties in balancing the complexities of the growing conflicts in the Middle East and Eastern Europe are only exacerbated by China’s troubling uptick in aggression as well.

Last Friday, Hong Kong celebrated the twenty-fifth anniversary of Establishment Day—its independence day. Given everything that has gone on, both abroad and at home, it’s understandable that it didn’t receive much attention here. However, the celebration served as a disturbing reminder of how much has changed in the city’s relationship with China across recent years.

The holiday is meant to stand as a remembrance of when Hong Kong was returned to China after spending more than 150 years as a British Colony. But the city was not immediately reincorporated into the larger Chinese culture. Rather, Hong Kong was granted fifty years to remain as a special administrative region where it retained much of the capitalist system put in place under British rule.

Now, halfway through that period of transition, the Chinese government has increased its efforts to chip away at those freedoms. And Chinese President Xi Jinping used COVID-19 as an excuse to enforce lockdowns and other mandates that have greatly curtailed Hong Kong’s ability to resist those changes.

Three years ago, millions of people took to the streets to protest Beijing’s overreach in a demonstration of solidarity with the city’s independence. Compare that to last week as continued COVID-19 restrictions—enforced by police patrols throughout the city—limited such protests to groups of no greater than four.

As such, when President Xi visited the island city on Friday and announced that “political power must be in the hands of patriots,” it was seen by many as a declaration of “victory over the pan-democratic opposition and their supporters.” That he also took the opportunity to formally recognize John Lee—the man who oversaw much of the crackdown on dissent over the last few years—as the city’s new leader further demonstrated the shift in power.

And those efforts to rewrite the city’s history into something more acceptable to Chinese leadership extend beyond politics as well.

China has mandated new textbooks to be used in Hong Kong that claim the city was not a British colony and that China never recognized the freedoms that allowed Hong Kong to maintain some semblance of independence for the last quarter of a century. Moreover, liberal studies classes are set to be replaced by “citizenship and social development” courses. Carrie Lam, the chief executive of Hong Kong, says the new courses are supposed to protect students from being “poisoned” and taught “false and biased information.” The changes are meant to ensure that “some teachers will no longer be able to convey their wrong and poisonous political views to students when teaching.”

Violence, in its most basic sense, usually involves overt acts of aggression. The war in Ukraine and the fighting throughout the Middle East are clear examples. However, the steady erosion of a people’s culture and rights, as seen in Hong Kong, is a form of violence as well. It may be more subtle than bombs, and the scars it leaves behind are not always as readily apparent as bullet wounds, but the end result can be just as devastating.

By God’s grace, the church in America has known little of the first kind of violence for quite some time. The second, however, has begun to grow more common in recent years. As Christians, it’s essential to our witness that we are able to recognize when opposition is violence and when it is simply disagreement.

One of the reasons why a more subtle approach is often more effective is that, over time, people start to see violence even when it’s not there. Laws that restrict one’s ability to gather in worship, double standards that target people of faith, and being used as a scapegoat for some larger problem in society are all more subtle forms of attack. People and governments have used those approaches against Christians across our history, and we’re beginning to see them more often in our culture today.

Conversely, a harsh word on social media, the lack of special treatment we may have once enjoyed, or thoughts that challenge an idea we hold dear can feel like violence even though they’re not.

As Christians, we are not immune to these forms of disagreement, and acting as though we should be or equating them with the far less common threats described above just makes it harder to recognize and stand against those threats when they come. It also makes it easier to begin falsely assigning malevolent intent to those we are called to love in the name of Christ.

When Jesus warned his disciples about the persecution coming their way, he told them to “be wise as serpents and innocent as doves” (Matthew 10:16). Doing so well requires the practical awareness to discern the real threats from the false and the Christ-centered focus to make sure we don’t respond in a way that would justify them.

That’s hard to do, which is why Jesus followed that command with the assurance that we won’t have to do it alone (Matthew 10:20).

Not all opposition is persecution but, in the moment, sometimes we need God’s help to tell the difference. So the next time you face opposition for your faith, ask the Lord to help you respond with the wisdom and innocence necessary to do so in a way that represents him well. 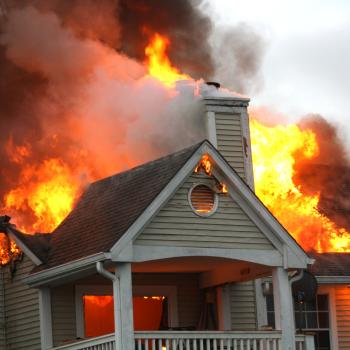 Evangelical
The courage of an Amazon driver and the...
Denison Forum 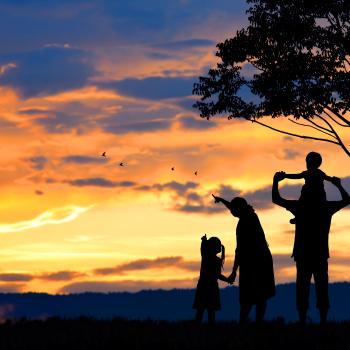 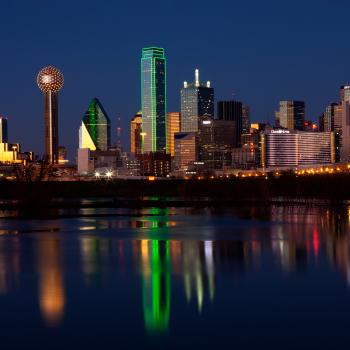 Evangelical
Dallas ranks #1 in the nation for infidelity
Denison Forum 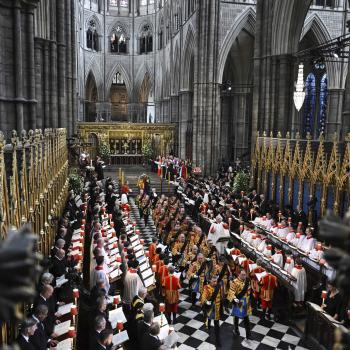