The mistaken obituaries of Tony Dow and Alfred Nobel: How the reality of death liberates us to live fully today

Tony Dow, a teenage star in the popular 1950s and 60s comedy series Leave It to Beaver, died Wednesday at his California home at the age of seventy-seven. Since many of you are not old enough to remember the show and others of you have likely not thought about it in years, why am I beginning today’s Daily Article with this news?

Because Mr. Dow’s death was erroneously reported the day before he died. It seems his distraught wife believed her husband was dead and notified his management team, who reported his death to the world. He was actually still alive but in hospice care suffering from cancer. He passed away the next day.

This story brought to mind one of the most famous cases of mistaken death in history. In 1888, a man named Ludvig Nobel died in France from a heart attack. However, at least one French newspaper believed that Ludvig’s better-known brother Alfred had perished and proceeded to write a scathing obituary branding him a “merchant of death.” This was because Alfred had invented dynamite and had become hugely wealthy from nearly one hundred factories that made explosives and munitions.

After this erroneous obituary, one biographer said Alfred Nobel “became so obsessed with his posthumous reputation that he rewrote his last will, bequeathing most of his fortune to a cause upon which no future obituary writer would be able to cast aspersions.”

That cause was the Nobel Prize.

Man dies after snake wrapped itself around his neck

What if you had a chance to rewrite your obituary?

The fact is, you do. But not in the way you might think.

This week we’ve focused on ways to experience God’s victory over temptation, doubt, and discouragement. Let’s close by discussing the reality—and the consequent opportunity—of death.

You may have heard about the man who died after his eighteen-foot snake wrapped itself around his neck. Or the woman who scared off a grizzly bear on a Montana camping trip but was killed when it returned and attacked her in her sleep.

In a real sense, their stories are our stories. The moment we are born, we begin to die. This morning, you and I are one day closer to eternity than ever before. (For more on death in biblical perspective, please see my latest website article, “What happens when you die?”)

However, my purpose is not to discourage you but to encourage you in a way all Christians can—and should—embrace. The reality of our mortality is powerfully liberating when we view it through an extremely countercultural but very biblical lens.

Learning to be a “faithful failure”

In his latest newsletter, Christianity Today public theologian Russell Moore tells us how Eugene Peterson, translator of The Message and author of some of the most significant books of my generation, learned to be a “faithful failure.” Peterson, in letters to his son Eric over the years, described his discomfort at not fitting in with denominational politics and the mechanics of church maintenance and growth.

Over time, he told his son, he discovered a kind of monastic detachment in which we “maintain an intimate involvement and engagement but give up all control or concern about what happens or what people think of us.” As a result, Peterson was able to be “free from wanting certain things to happen” while trusting God that “what is happening will be the thing you want and you will be at peace with all.”

Dr. Moore then quotes the very secular leadership and marketing expert Seth Godin, who makes a similar point: “emotional detachment” is the “only way to thrive in the work.” “Being detached doesn’t mean you don’t care,” Godin explains. “It simply means you’re focusing on the work and those you serve, not on your own narrative.”

According to Godin, we are actually more connected and committed to our work as a result because we “remember that we are not our work.” We are free to do our best and leave the results to become whatever they become.

A U-Haul attached to a hearse?

St. Augustine famously distinguished the “city of God” from the “city of the world.” The latter wants to use the former for its purposes, but we must do the opposite: “Here we have no lasting city, but we seek the city that is to come” (Hebrews 13:14). We are “sojourners and exiles” in this temporal and temporary world (1 Peter 2:11).

As John Ortberg aptly noted, when the game of Monopoly is done, all the pieces go back into the box. I once heard a preacher remind his congregation, “You’ve never seen a U-Haul attached to a hearse.”

You and I are therefore free to focus not on what this passing world thinks of us but on the eternal significance of present faithfulness. We are free to love and serve others whether they love and serve us or not. We are free to stand boldly for Jesus in the face of an antagonistic culture since we know that “the world is passing away along with its desires, but whoever does the will of God abides forever” (1 John 2:17).

God’s purpose for us is found in the present moment, not our past achievements or failures or our future opportunities or fears. Oswald Chambers observed: “[God’s] purpose is that I depend on him and on his power now. If I can stay in the middle of the turmoil calm and unperplexed, that is the end of the purpose of God.

“Let him who boasts boast in this”

After warning the Jewish people that their nation would soon fall to divine judgment (Jeremiah 9:13–16), the Lord called them to himself: “Let not the wise man boast in his wisdom, let not the mighty man boast in his might, let not the rich man boast in his riches, but let him who boasts boast in this, that he understands and knows me, that I am the Lᴏʀᴅ who practices steadfast love, justice, and righteousness in the earth. For in these things I delight, declares the Lᴏʀᴅ” (vv. 23–24).

In what—or Whom—will you boast today? 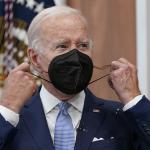