The US House of Representatives passed a bill this week protecting the right to same-sex marriage. It prohibits anyone from denying the validity of a marriage based on the race or sex of the couple. The fate of the legislation is uncertain in the US Senate.

Those who drafted the bill were politically astute to link interracial marriage with gay marriage since people like me who object to the latter on biblical and moral grounds support the former on the same grounds.

I have written often that racism is sin and that God views us all as members of the same human “race” (cf. Galatians 3:28). Consequently, interracial marriage is absolutely acceptable from ethical and Scriptural perspectives (cf. Numbers 12:1). By contrast, I have also written that God defines marriage as the lifelong covenant of one man and one woman, making same-sex marriage indefensible on the same grounds.

Should adultery be illegal?

The “culture wars” can be difficult to win in large part because they can be so complex. Adultery is immoral (Exodus 20:14), for instance, but should it be made illegal? Elective abortions are grievously wrong, but what legal consequences (if any) should women who choose them face? Does allowing a terminally ill patient to die make us complicit in their death? When do genetic advances to diagnose and treat disease cross the line into eugenics?

The good news is that we have an omniscient Father whose Spirit will guide us into “all the truth” (John 16:13) and empower us to make a transformative difference where he calls and equips us to serve (1 Peter 4:10).

In addition, our Creator is still active in his creation. He is no deistic clockmaker watching the world he made “run down.” To the contrary, he “knows everything” that is happening in our lives and our world (1 John 3:20) and holds us all accountable for what we have done and left undone (cf. 2 Corinthians 5:10).

His word is clear: “Do not be deceived: God is not mocked, for whatever one sows, that will he also reap” (Galatians 6:7).

This week, we have explored reasons to trust God’s will in uncertain times. Today let’s choose to live biblically by remembering this urgent truth: “the Lᴏʀᴅ is a God of justice” (Isaiah 30:18).

As I have written, God’s judgment comes in two phases: permissive and proactive. His permissive judgment is a consequence of unrepented sin when he is forced to withdraw his hand of provision lest he bless that which harms his children and violates his word. I believe this is where our culture is today.

As David French notes in a recent article, “culture wars end with consequences.” He surveys a growing number of articles published by elite media and from within secular feminism decrying the consequences of ubiquitous pornography and transactional sex. French wisely concludes, “You can fight reality, but reality always wins.”

If we still refuse to repent, God must then respond proactively with judgments such as we see in the exodus from Egypt and in the book of Revelation. I do not believe we are there, yet. But we are clearly experiencing grave challenges, from a pandemic which shows no signs of slowing to deep political divisions and rancor, grave economic challenges, and rising geopolitical threats.

When we are not experiencing God’s best, we should always ask why.

In a day of sin and judgment, God called his people: “Run to and fro through the streets of Jerusalem, look and take note! Search her squares to see if you can find a man, one who does justice and seeks truth, that I may pardon her” (Jeremiah 5:1). The people needed God’s “pardon” for five reasons:

How relevant are these issues to our day?

Religion is a deceptive substitute for a true relationship with God in any church or culture. When religious people and clergy engage in sexual abuse and other personal immorality, they grieve their Lord and defame their faith. Sexual sin and callousness toward the needy are both epidemic in our society. And ministers who sanction homosexual behavior and same-sex marriage, bless abortion clinics, and refuse to advocate for the poor and marginalized “prophesy falsely.”

I believe God is still looking for “one who does justice and seeks truth” (Jeremiah 5:1). The prophet declared, “The eyes of the Lᴏʀᴅ run to and fro throughout the whole earth, to give strong support to those whose heart is blameless toward him” (2 Chronicles 16:9).

God is a loving Father who wants only the best for his children. It is not a heretical prosperity gospel to assume an abundance mentality with our Lord, to know that he loves us and wants to bless us.

This does not guarantee health and wealth—his blessing may not be material but spiritual and may come in spite of material hardships (cf. John 16:33; 2 Corinthians 12:10). However, as I noted earlier, if we are not experiencing God’s best, we should always ask why.

So, I’ll close with a personal question: Are you experiencing God’s best today?

NOTE: For more on having an “abundance mentality” with God, please see my latest personal blog, “Doughnuts that taste like ice cream.” 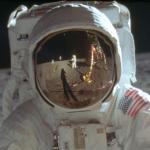 July 20, 2022
How Armstrong and Aldrin were nearly stranded on the moon
Next Post 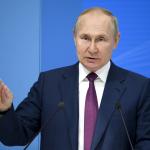