The surprising result if Liz Cheney runs for president

“I will do whatever it takes to ensure Donald Trump is never again anywhere near the Oval Office, and I mean it.” So declared Rep. Liz Cheney after losing her Republican House primary last week. When asked if she plans to run for president, she said later, “That’s a decision that I’m going to make in the coming months . . . but it is something that I am thinking about.”

Now a new Yahoo News/YouGov poll shows that if she were to run for president as an independent in 2024, she could actually help to reelect Mr. Trump.

In the poll, if the 2024 election were held today and were a rematch between President Biden and former President Trump, Biden would lead by four points among registered voters. But if Cheney were on the ballot as an independent, she would draw so much Democratic support that Trump would vault to an eight-point lead over Biden, 40 percent to 32 percent, while Cheney would receive 11 percent of the vote.

In other words, her candidacy could accomplish the opposite of its intended purpose.

One of the many reasons it is difficult to effect moral transformation through political means is that political outcomes are so unpredictable. Three days before the 2016 election, the Princeton Election Consortium gave Hillary Clinton a 99 percent chance of winning the election. The 1980 election was widely considered “too close to call” before Ronald Reagan won in a landslide.

Another is that political entities so often get moral issues so wrong. For instance, delegates at the United Nations General Assembly are finalizing negotiations on a resolution that would require all UN agencies to declare abortion a human right. And a judge ruled yesterday in support of a Maryland school district that allows children to “transition socially to a different gender identity at school” without parental notice or consent.

The most egregious example in recent decades came in the Supreme Court’s 2015 decision that discovered a right to same-sex marriage in the US Constitution. Writing for the five-to-four majority, Justice Anthony Kennedy assured those opposed to gay marriage on religious grounds: “The First Amendment ensures that religions, those who adhere to religious doctrines, and others have protection as they seek to teach the principles that are so fulfilling and so central to their lives and faiths.”

In the years that have followed, Christian bakers, florists, wedding chapel operators, photographers, and the like can testify that he was tragically wrong.

Now the so-called Equality Act would grant LGBTQ persons protected class status while allowing no appeal to the Religious Freedom Restoration Act or First Amendment protections for those who object on religious grounds. The so-called Respect for Marriage Act could be used by the IRS to strip nonprofit, faith-based organizations of their tax-exempt status if they adhere to their religious beliefs regarding marriage. And a lawsuit filed against religious colleges and universities that uphold biblical sexuality could cost them billions of dollars in student aid.

Why was Justice Kennedy so wrong? How did conservative Christians become cultural pariahs almost overnight?

In his 2017 book, Strangers in a Strange Land, Catholic Archbishop Charles Chaput brilliantly analyzes this cultural moment. He lists various Christian “convictions about the dignity of life and human sexuality” such as “abortion, contraception, gender identity, marriage, and family,” noting that they are “rooted not just in biblical revelation, but in reason and natural law.”

Then he notes: “Critics of the Church reduce all these moral convictions to an expression of subjective religious beliefs. And if they’re purely religious beliefs, then—so the critics argue—they can’t be rationally defended. And because they’re rationally indefensible, they should be treated as a form of prejudice.”

Here’s the result: “Thus two thousand years of moral truth and religious principle become, by sleight of hand, a species of bias.” For example, “Opposing same-sex marriage (so the reasoning goes) amounts to religiously blessed homophobia.”

Further, “When religious belief is redefined downward to a kind of private bias, then the religious identity of institutional ministries has no public value—other than the utility of getting credulous people to do socially useful things. So exempting Catholic adoption agencies, for example, from placing children with same-sex couples becomes a concession to private prejudice. And concessions to private prejudice feed bigotry and hurt the public. Or so the reasoning goes.

“They exchanged the truth about God for a lie”

How accurately does this text describe our culture? “God gave them up in the lusts of their hearts to impurity, to the dishonoring of their bodies among themselves, because they exchanged the truth about God for a lie and worshiped and served the creature rather than the Creator” (Romans 1:24–25, my emphasis).

Our root problem is simple and tragic: people will accuse the truth of being a lie if it contradicts lies they want to believe are true. Our first parents wanted to be their own god (Genesis 3:5). They wanted what seemed “good for food,” a “delight to the eyes,” and “desired to make one wise” (v. 6). And so they ate the forbidden fruit, and the human race has never recovered.

Don’t think for a minute that you and I are less susceptible to lies we want to believe. This is why we should submit every day to the guidance of the Holy Spirit (Ephesians 5:18), then partner with him by seeking to have our “powers of discernment trained by constant practice to distinguish good from evil” (Hebrews 5:14).

Because of our fallen condition, we should work for cultural transformation through humility that admits our shared fallenness and prayer that seeks what only God can do. And we should make time every day to experience God through transforming personal worship that empowers us to love our Lord and our neighbor (Mark 12:30–31).

The poet wrote: “My heart an altar, and Thy love the flame.”

Who—or what—is the flame on your altar today?

NOTE: God has gifted you to be a gift to others. He’s wired you in particular ways so that you’ll glorify him in service to others. And coming to a better understanding of your unique spiritual gifts will help you grow into your calling as a Christian. To learn more about your unique wiring, request your copy today of What Are My Spiritual Gifts?. 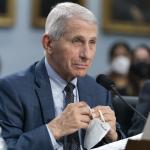 August 23, 2022
Dr. Fauci announces his retirement, response is what you’d expect
Next Post 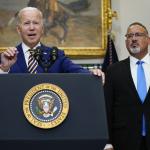 And now the "Transabled"
Some people have the desire to be physically disabled--to be blind, deaf,...
view all Evangelical blogs