Unborn children in Georgia are now eligible for a $3,000 income tax exemption. When a “fetal heartbeat” can be detected—about six weeks into a pregnancy—the unborn child qualifies as a dependent minor.

In other pro-life news, the Safe Haven Baby Box at a firehouse in Carmel, Indiana, has received three babies so far this year; three more infants have been left at other baby box locations throughout the state. Indiana is one of more than twelve states that have passed laws allowing baby boxes or expanded safe haven options for adoption in other ways.

Unfortunately, abortion advocates are responding to the overturning of Roe v. Wade in four ways that are persuasive for many.

One: Advocating medication abortion. The New York Times published an article Monday highlighting women who are “‘self-managing’ their abortions, seeking out the necessary know-how online and obtaining the medications without the supervision of a clinic or a doctor.”

Two: Gaslighting (manipulation to sow doubt and confusion) with the false claim that doctors in states with abortion restrictions are not allowed to end a pregnancy to save a mother’s life. Board-certified OB/GYN Ingrid Skop, MD, responds: “This is just a false dialogue. Every state that has put abortion restrictions in place has an exemption for a life-threatening condition for the mother.” Donna Harrison, MD, another board-certified OB/GYN, agrees: “There isn’t a single law in any state that forbids the medical emergency treatment for a pregnant woman or forbids treatment of an ectopic pregnancy. Not one law anywhere.”

Three: Abortion boat clinics. A California doctor is seeking to raise $20 million for a floating abortion clinic in the Gulf of Mexico for residents of “red” southern states.

Four: Alleging religious justification. Whoopi Goldberg recently claimed on The View that God gave women “freedom of choice” and “made us smart enough to know when it wasn’t going to work for us. That’s the beauty of giving us freedom of choice.” She added that she does not judge people who have had an abortion because she was taught, “Do unto others as you would have them do unto you.”

In these post-Roe days, pro-life advocates need strategies appropriate to the times. Consider three initiatives in the news.

One: Citing nonreligious arguments for life. David French makes the point that “you don’t have to be a Christian to oppose abortion,” citing a number of atheists who also believe that an unborn child is in fact a child. One of them notes, “Once the sperm and the egg meet, and they find a sort of nesting place in the uterus, you now have a developing human being. . . . Therefore, if you kill it at any stage—first three weeks, first three months—you’re killing a developing human being.”

Learning the language of culture

This week, we’re exploring essential traits for Christians who are making a transforming difference in their culture. Yesterday we noted the importance of persistence; today, we’re focusing on discernment, using the abortion debate as a case study.

As we have seen, we need to know the beliefs and values of those we seek to influence, then we need to counter their arguments using reasoning and authorities they will accept. This is how Jesus led the Samaritan woman at Jacob’s well from water to his “living water” (John 4). It is how Paul used Hebrew Scriptures in Hebrew synagogues (cf. Acts 13:13–47) and Greek philosophers when talking with Greek philosophers (cf. Acts 17:28).

When we submit our minds to God’s Spirit, learn the “language” of the culture we are called to serve, build relational bridges, and look for ways to explain the gospel, God uses us to draw those we influence to himself. (For more on practical ways to engage your culture redemptively, see my latest website article, “How a local pastor became a ‘lifeline’ after the Kentucky floods.”)

The key is wanting to make a transforming difference in our secularized society.

Why we must love our neighbors and our enemies

It is far easier to reject those who reject our faith, consigning them to the consequences of their misused free will. It is enticing to withdraw into “holy huddles” where we draw strength from like-minded believers while ignoring those who challenge our beliefs.

But we cannot truly love our Lord unless we love our neighbor (cf. Mark 12:30–31). And, according to Jesus, our neighbor is anyone who needs us (Luke 10:37), whatever they think of us. As G. K. Chesterton observed, “The Bible tells us to love our neighbors and also to love our enemies, probably because they are generally the same people.”

So, let me ask you: Have you prayed for abortion advocates recently? Have you asked God to help you love the “pro-choice” people you know? Being “pro-life” means being “pro” every life, including those who advocate for abortion.

NOTE: For more on the empowering privilege of serving others, see my website article, “Before you climb this mountain, pay for your funeral.” For more on the importance of community in changing culture, see my latest personal blog, “A door without a wall.” 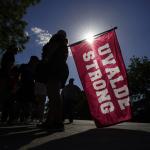 August 8, 2022
10-year-old Uvalde shooting victim walks out of hospital after 66 days
Next Post

August 10, 2022 The latest on the search of Donald Trump’s Florida home
Browse Our Archives
Related posts from Denison Forum 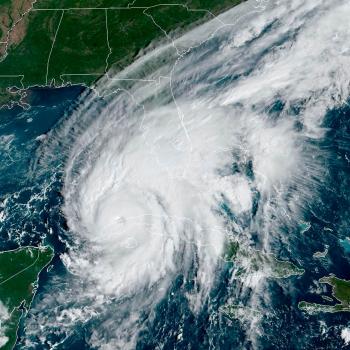 Evangelical
“It’s going to be historic”: The latest on...
Denison Forum 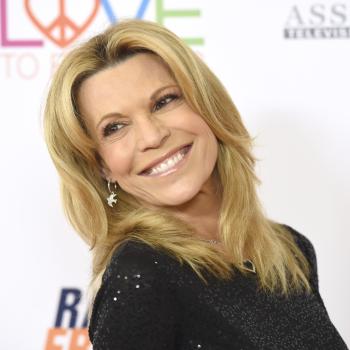 Religion Overthrows Heresy: The Art of Anti-Protestantism
I am thinking of founding a Museum of Religiously Incorrect Art. We...
view all Evangelical blogs
Copyright 2008-2021, Patheos. All rights reserved.
Close Ad