President Joe Biden delivered a speech last night from Independence Hall in Philadelphia. I have been where he stood and was deeply moved by the experience.

It was here, at the “birthplace of America,” that the Second Continental Congress signed the Declaration of Independence in 1776. Eleven years later, in the same room, delegates to the Constitutional Convention created the United States Constitution.

In many ways, their work defined what the president called the “soul” of the nation, which he defined as “the breadth, the life and the essence of who we are.”

In his view, that “essence” is under threat from what he called “MAGA Republicans” who “are determined to take this country backwards, backwards to an America where there is no right to choose, no right to privacy, no right to contraception, no right to marry who you love.” He added that they “promote authoritarian leaders, and they fanned the flames of political violence that are a threat to our personal rights, to the pursuit of justice, to the rule of law, to the very soul of this country.”

In response, the Republican National Committee called Mr. Biden the “divider-in-chief” and described the Democratic Party as “one of divisiveness, disgust, and hostility towards half the country.”

Unsurprisingly, when Republicans and Democrats were asked in a new Quinnipiac Poll, “Do you think the nation’s democracy is in danger of collapse,” 69 percent from each party said yes.

“Religion and morality are indispensable supports”

As I noted yesterday, our nation’s founders were convinced that personal virtue is indispensable to political unity. I would add today that the men who gathered in Independence Hall were equally convinced that religious commitment was foundational to personal and public virtue.

It was in Independence Hall that George Washington was appointed Commander in Chief of the Continental Army in 1775. When he delivered his “Farewell Address” in 1796 after his second term as president, he declared, “Of all the dispositions and habits which lead to political prosperity, religion and morality are indispensable supports.”

He added, “Let us with caution indulge the supposition that morality can be maintained without religion. Whatever may be conceded to the influence of refined education on minds of peculiar structure, reason and experience both forbid us to expect that national morality can prevail in exclusion of religious principle.”

Our second president, John Adams, stated two years later: “We have no government armed with power capable of contending with human passions unbridled by morality and religion.” He added, “Our Constitution was made only for a moral and religious people. It is wholly inadequate to the government of any other.”

How can you and I help Americans renew the moral and spiritual commitments President Washington believed were “indispensable” to our nation and her future?

“So that an opponent may be put to shame”

Paul instructed Titus to “show yourself in all respects to be a model of good works, and in your teaching show integrity, dignity, and sound speech that cannot be condemned, so that an opponent may be put to shame, having nothing evil to say about us” (Titus 2:7–8, my emphasis).

When Paul asked Titus to live a life others could imitate, he was merely asking Titus to do what the apostle was already attempting to do himself. He sought to “give you in ourselves an example to imitate” (2 Thessalonians 3:9) and thus could say to them, “You yourselves know how you ought to imitate us” (v. 7).

Paul made the same request of Timothy: “Follow the pattern of the sound words that you have heard from me, in the faith and love that are in Christ Jesus” (2 Timothy 1:13). And he instructed him to pay this “pattern” forward: “What you have heard from me in the presence of many witnesses entrust to faithful men, who will be able to teach others also” (2 Timothy 2:2).

Given the clergy abuse scandals of recent years and our declining rate of church commitment, would our culture say Christians are living in ways they should imitate? If not, what moral authority can we possibly claim for calling them to our faith?

What we should ask of everything we do

Philosopher Immanuel Kant asserted that we should “act only in accordance with that maxim through which you can at the same time will that it become a universal law.” In other words, we should ask of everything we do: What if everyone did what I am about to do?

To change the culture, we must live in a way others should imitate. Said differently, we must follow Jesus so closely that those who follow us are led to him. Therefore, it is good to ask of everything we do: Will this glorify God or grieve him? Will it draw others to Christ or repel them from the faith?

Commenting on Jesus’ statement that Christians are the “salt of the earth” (Matthew 5:13), St. John Chrysostom (AD 347–407) observed: “If others lose their savor, then your ministry will help them regain it. But if you yourselves suffer that loss, you will drag others down with you. Therefore, the greater the undertakings put into your hands, the more zealous you must be.”

How “zealous” for your Lord will you be today?

NOTE: If you’ve been waiting to request one or more of our books, nearly every book in our online store is currently 25% off with the code DFLABORDAY. This includes our Biblical Insight to Tough Questions box sets, our Holy Land visual devotional To Follow in His Footsteps, and what I believe is my most pivotal book to date, The Coming Tsunami. Visit our online bookstore today, load your cart, then be sure to use the code DFLABORDAY for 25% off. And thank you for supporting our ministry in this way. 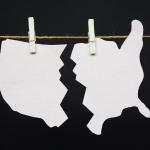 September 1, 2022
How likely is civil war in America?
Next Post 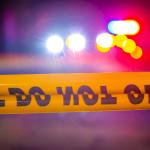