Is a recession inevitable? The courage to astonish our culture

Dr. Martin Luther King Jr. called courage “the power of the mind to overcome fear.” Courage by definition requires adversity. Where there are no challenges, there is no need for courage.

Seen in this light, we have many opportunities for courage in today’s news.

We could focus on the economy: The Dow Jones closed yesterday up thirty-six points but down nearly twenty percent for the year. JPMorgan Chase CEO Jamie Dimon is predicting that the US economy will fall into a recession in the next six to nine months. The World Bank is warning of the threat of a global recession next year. There’s even bad news in the good news: Online holiday discounts could reach record highs, but inflation will cut into spending.

We could talk about geopolitics: North Korea confirmed that its recent barrage of missile launches was the simulated use of nuclear weapons to “hit and wipe out” potential South Korean and US targets. As Russia continued missile strikes against Ukrainian civilians, Ukrainian President Volodymyr Zelensky renewed his plea for increased military assistance yesterday at an emergency meeting of the Group of Seven leading industrial nations.

This comes after pro-Russian hackers attacked the websites of several major airports in the US this week, another reminder that cybersecurity threats are an urgent security issue for our nation and the world.

And yesterday was National Coming Out Day, which was launched in 1988 as part of a strategy to normalize LGBTQ activity so it could be legalized, opponents could be stigmatized, and opposition could ultimately be criminalized.

Teacher fired for raising concerns over a book

As we noted yesterday, this strategy is working well in Australia, where a CEO was forced to resign after one day because of his membership in a church that affirms biblical sexuality. Closer to home, a substitute teacher in Georgia was fired from her job after she expressed her concern as a parent over the content of a book in the school library.

The book depicts same-sex couples taking their children to school and two lesbian mothers, one of whom is pregnant. The mother spoke with her six-year-old son’s teacher and asked that he not be part of the story time where the book was to be read. The teacher said that would not be a problem.

The next day, she expressed her concerns over the book with the school’s principal, explaining that she and her husband would like to be the ones to talk with their children about issues such as same-sex marriage, rather than the school. She made clear that she was not asking for the book to be removed, only that her children not be exposed to its content. The principal agreed.

“The stronger the emphasis, the fewer the Christians”

We have focused this week on positive factors inherent in our status as the children of God. Today we need to consider the other side: Those who oppose our Father will oppose his children. Anyone who rejects God’s word will reject those who embrace God’s word.

Jesus warned us: “If they persecuted me, they will also persecute you” (John 15:20). Scripture is clear: “All who desire to live a godly life in Christ Jesus will be persecuted” (2 Timothy 3:12, my emphasis).

The cost of following Jesus has always made it hard for the masses to follow Jesus.

The Danish philosopher Søren Kierkegaard observed: “The imitation of Christ is really the point at which the human race shrinks. The main difficulty lies here; here is where it is really decided whether or not one is willing to accept Christianity. If there is emphasis on this point, the stronger the emphasis, the fewer the Christians. If there is scaling down at this point (so that Christianity becomes, intellectually, a doctrine), more people enter into Christianity.

“By the power of the Spirit of God”

The good news is that the Holy Spirit who resides in every true child of God will give us the courage and perseverance we need to imitate Jesus as a true disciple of our Lord. He will empower us to be witnesses for our Lord where we live and around the world (Acts 1:8). We will be able to say with Paul, “by the power of the Spirit of God . . . I have fulfilled the ministry of the gospel of Christ” (Romans 15:19).

Oswald Chambers warned us: “We can remain powerless forever . . . by trying to do God’s work without concentrating on his power, and by following instead the ideas that we draw from our own nature. We actually slander and dishonor God by our very eagerness to serve him without knowing him.”

Asked negatively: Is something keeping you from experiencing his supernatural power? A temptation or sin with which you are struggling? A person you need to forgive or someone from whom you need to seek forgiveness? A difficult next step of obedience?

Asked positively: Are you serving Jesus “with all his energy that he powerfully works” in you (Colossians 1:29)? As a result, are you sharing your faith confidently and courageously? Do others know that you know Jesus?

When the Sanhedrin “saw the boldness of Peter and John . . . they were astonished. And they recognized that they had been with Jesus” (Acts 4:13).

Let’s astonish our lost culture today, to the glory of God. 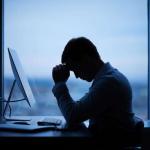 October 11, 2022
CEO forced to resign after one day because of his church membership
Next Post 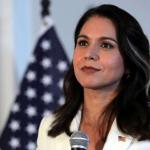