More than twenty thousand people watched live when that announcement rang out as Kool & the Gang’s “Celebration” began to roar in the background. When British tabloid The Daily Star first launched the contest last Friday to see if a head of lettuce dressed up like the now-former Prime Minister Liz Truss could outlast the British leader, the outlook was already bleak for Truss’s time as her country’s Prime Minister.

Truss had run—and been chosen—in large part because of her economic plan to stimulate the economy and help Britain move forward into the post-Brexit future that conservatives had long envisioned. However, many economists had warned from the start that her ideas could spell disaster for the nation.

Apparently, announcing roughly 45 billion pounds—$48 billion—in unfunded tax cuts at a time when inflation is already a problem, borrowing has grown ever more expensive, and a global recession seems imminent did not sit well with the markets.

As soon as the plan was formally announced, the pound plummeted in value and the Bank of England was forced to step in to keep pension funds from collapsing.

Her chancellor and co-author of the plan, Kwasi Kwarteng, took the fall initially, resigning on October 14. However, most understood that he was merely “following her policies to the letter.” When Kwarteng’s replacement, Jeremy Hunt, settled the markets by essentially undoing everything Truss had announced, the writing was on the wall.

As a result, she too was forced out less than a week later.

“The markets appear to be relieved”

In total, Liz Truss held office for less than six weeks, by far the shortest term in her country’s history (George Canning, who died of pneumonia after five months in office back in 1827, previously held that record).

In what is perhaps the most damning indictment of her time as Prime Minister, the markets that often react volatilely to changes in leadership barely budged when her resignation was announced. The pound actually increased slightly in value. Paul Dales, the chief UK economist at Capital Economics, summed the situation up well when he pointed out that “the markets appear to be relieved” by the change in leadership.

Attention now turns to those Truss has left behind, with her party forced to find a new leader once again. Whoever takes her place will become Britain’s fifth Prime Minister in the last six years. And it’s unclear if anyone really wants the job.

Rishi Sunak, who finished second to Truss in the previous selection cycle, is the betting favorite if he chooses to run. However, there have been many in the party hoping that former Prime Minister Boris Johnson will agree to run as well. Should the party’s disgraced former leader consent to doing so, the ensuing chaos could exacerbate an already precarious situation.

The deadline to submit nominations is Monday afternoon, and if only one person meets the necessary threshold of support, Truss’s replacement could be in office as soon as that night. If an election is needed, the party is hoping to have the matter resolved by the end of next week at the latest.

Either way, it seems like the process will play out much more quickly this time than following Johnson’s resignation, where Truss spent longer vying for office than she spent in office.

Truss was fired for keeping her promises

The quick collapse of Truss’s time as Prime Minister is interesting for a number of reasons, chief among them that the very policies that got her elected were the same ones that so quickly doomed her time in office.

Most politicians lose the support of their party for failing to keep their promises. Truss did just the opposite. It took her less than a month to make good on the “bold plan to cut taxes and grow our economy” that served as the central theme of her victory speech in September.

So what changed? How did the policies that the majority of her party found attractive this summer turn her into a pariah before they were even given a chance to take effect?

After all, many of her supporters still like her ideas in theory. But context matters, and the market’s rapid collapse made clear that now was not the time to try them.

So what can we learn from her example today?

Why even the best ideas can go wrong

In 1 Chronicles 12, the author records the groups of soldiers who came to David’s aid in order to help make him king. Most are listed with a defining trait that helped them make a difference in the effort.

The men of Judah, for example, are known for being strong with both the shield and the spear (12:24). The Ephraimites are famous for being “mighty men of valor” (12:30). And the troops from Zebulun are defined by their experience and proficiency with “all the weapons of war” (12:33).

In the midst of these valiant soldiers and strong warriors, the author includes the men of Issachar. However, their defining characteristic had little to do with their quality on the battlefield. Rather, history records their primary contribution as being people “who had understanding of the times, to know what Israel ought to do” (12:32).

Even the best ideas are of little use if they cannot be applied with wisdom and discernment. And those qualities are of even greater importance when our ideas are somewhat below that standard.

As Christians, one of the things we should be well equipped to offer our culture is the wisdom and discernment that only the Lord can provide. Far too often, though, we rely on our own understanding of which ideas are best for a given situation.

But as Liz Truss reminds us, we can never divorce our ideas from the context in which they’ll be applied. And we need the Lord to help us see the larger picture.

That’s what the men of Issachar were able to offer Israel, and it’s what we can offer our culture as well.

NOTE: What if more Christians made the news for our civility rather than our division? What if we led the way in seeing America change for the better without alienating whomever we may see as “the other side”? Dr. Jim Denison tackles those challenges and more in How Does God See America?. Please request your copy of How Does God See America? today. 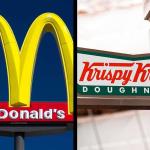 October 20, 2022
As WWIII looms, two superpowers closer to home are joining together: How to discern the day’s news
Next Post 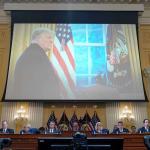 October 24, 2022 Donald Trump subpoenaed by January 6 commission: Is our democracy in danger?
Browse Our Archives
Related posts from Denison Forum