Santa Claus’s tomb has been discovered

The Christmas shopping season is already going strong. Christmas decorations are up in stores and on some houses as well. In that context, I have good news and bad news regarding Santa Claus.

The good news: we now have archaeological evidence that he is real. The bad news: this evidence comes in the form of a tomb that has just been discovered. In other words, he’s real but he’s dead.

The historic Santa Claus was Saint Nicholas of Myra, a bishop who lived from AD 270 to 343. The Santa Claus story was based on his reputed ministry of distributing gifts to the poor and the needy. Now archaeologists say they have discovered his tomb beneath St. Nicholas Church in Demre, a town in the Turkish province of Antalya.

The church is named for him, of course, but it had been thought that his bones were moved to Italy during the First Crusade in the eleventh century. However, during a routine survey this month, his tomb was found beneath the church’s floor mosaic. You can visit the church, though you will not see St. Nicholas’s actual sarcophagus since it has not yet been excavated.

Demre is 3,730 miles from the North Pole. Few of us can visit Santa up there, but every year pilgrims from around the world flock to his church in Turkey, where they pack the sanctuary for a December service. Father Amvrosios Chorozidis, who leads the liturgy, explains: “In the West, we seem to have everything, but in fact we have a lack of love in our hearts, so we need someone to visit us even once a year, to give us that love.”

“Starve to death or freeze to death”

Father Chorozidis could have been reading the morning news.

A health teacher killed in the south St. Louis school shooting “loved her students,” as her daughter told reporters. The number of school shootings in the US has already passed the record set in 2021, with more than two months left. In related news, after a series of school shootings, the state of Texas is sending public school students home with DNA kits designed to help parents identify their children “in case of an emergency.”

As Rishi Sunak takes over as prime minister, millions of elderly Brits are facing an escalating cost-of-living crisis with no apparent end in sight. “Starve to death or freeze to death” is the way one person described her dilemma. And a man who has been arrested three times for murder and was released on parole in 2020 is now accused of killing a fourth individual in California.

According to a recent poll, only 9 percent of Americans think our democracy is working “extremely” or “very well.” Americans’ trust in the media remains near a record low as well.

In such struggling times, you and I have a strangely paradoxical role to play in God’s providence.

Why God has blessed America

Years ago, a Cuban pastor friend shared with me his belief that God has blessed America so America’s Christians could bless the world. He cited our church’s ministry in his country as an example of Christian generosity to those in need. His logic makes sense: God would entrust resources to those who would use them as he intends.

However, there is another dimension to this calculus: I also believe that God has blessed America because America has blessed God’s people.

We enjoy constitutionally enshrined religious freedoms that are virtually unprecedented across history. Christians have been welcome and active in our governance on federal, state, and local levels since our nation’s founding. For most of America’s history, being a public Christian was a good thing in our culture.

Tragically, as I have written often in recent years, this is changing. Christians are increasingly being castigated as intolerant, oppressive, and even dangerous to society. Our religious freedoms are under unprecedented attack. Each day’s news brings another story of a Christian who loses their job or is otherwise “canceled” because of their faith.

Does this mean that our country may face God’s judgment if it persists in judging and oppressing his people?

“What you do makes a difference”

In Revelation 18 we read, “Fallen, fallen is Babylon the great!” (v. 2). Most scholars consider this to be an allusion to Rome, “the great city that has dominion over the kings of the earth” (Revelation 17:18). Among the reasons for his judgment we read this indictment: “In her was found the blood of prophets and of saints” (Revelation 18:24).

Jesus grieved over Jerusalem as “the city that kills the prophets and stones those who are sent to it” (Matthew 23:37). As a result, he warned, “your house is left to you desolate” (v. 38). Luke similarly tells us that Jesus “wept” over the city, lamenting, “Would that you, even you, had known on this day the things that make for peace! But now they are hidden from your eyes” (Luke 19:41–42).

Consequently, the courageous public faith we have been discussing this week is vital not only for the people we influence but for the larger trajectory of our nation.

God’s mandate to his exiled people in Babylon speaks to our exiled position in our secularized culture: “Seek the welfare of the city where I have sent you into exile, and pray to the Lᴏʀᴅ on its behalf, for in its welfare you will find your welfare” (Jeremiah 29:7). As we help people know and love our Lord, our influence benefits them in this life and the next. Their transformed lives benefit us as well. And together, we reverse our cultural trajectory before it is too late.

Dr. Jane Goodall observed: “What you do makes a difference, and you have to decide what kind of difference you want to make.” 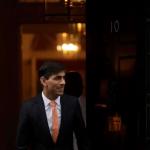 October 25, 2022
Rishi Sunak will become the UK’s prime minister today: His unusual challenge and the bridge across our cultural divide
Next Post 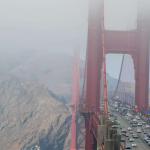 Checking Out the Library of Congress-- Part Three
There was a special photo exhibit off the main rotunda in the...
view all Evangelical blogs