My prediction for the midterms

“Be wise in the way you act with people who are not believers.” —Colossians 4:5 NCV

If I could predict the future, I might have joined Jim McIngvale—better known as “Mattress Mack”—in his $10 million bet last May that his Houston Astros would win the World Series. His bet won him $75 million, which is believed to be the largest payout in legal sports betting history. When asked what he planned to do after winning, the seventy-one-year-old said he’d be back to work the next morning at 9 a.m.

Or I might have purchased the winning Powerball lottery ticket and won a record $1.9 billion. The drawing was delayed, so it’s likely the official results won’t be known until later today. I’d be happy to wait that long.

Of course, I cannot predict the future. But I am nonetheless willing to make a clear prediction regarding today’s midterm elections and their consequences for our country and our culture.

“The deepest habit of mind in the contemporary world”

In his debate with Jimmy Carter a week before the 1980 presidential election, Ronald Reagan asked the nation, “Are you better off than you were four years ago?” It’s the kind of question politicians typically ask before elections. And it reveals far more than the answers voters give.

In his paper, “Is Theology Poetry?” Oxford scholar C. S. Lewis identified “universal evolutionism” as “perhaps the deepest habit of mind in the contemporary world.” He defined the term: “the belief that the very formula of universal progress is from imperfect to perfect, from small beginnings to great endings, from the rudimentary to the elaborate.”

He added that this belief “makes people find it natural to think that morality springs from savage taboos, adult sentiment from infantile sexual maladjustments, thought from instinct, mind from matter, organic from inorganic, cosmos from chaos.” However, he observed, “It seems to me immensely unplausible, because it makes the general course of nature so very unlike those parts of nature we can observe.”

This “habit of mind” nonetheless assumes that the world must evolve to get better and better. If it does not, voters in a democracy hold our leaders accountable.

Democrats are claiming that women’s rights are under attack by Republicans and hope this issue galvanizes their base. Republicans hope their focus on crime and the economy will help them win the midterms.

But this belief that political leaders can effect systemic change overlooks a basic fact about human nature.

“He will give you pardon and imparted holiness”

A. W. Tozer was right: “Sin is a terrible thing, and either we deal with our sin or our sin will deal with us.” By contrast, when a person comes to Christ, “that second the supernatural life of God invades him instantly. The dominating power of the world, the flesh, and the devil is paralyzed, not by your act, but because your act has linked you on to God and his redemptive power” (Oswald Chambers).

I do not mean to suggest that politics are not important. To the contrary, there are absolutely positive consequences to biblical political leadership. For example, in the first two months after the Supreme Court overturned Roe v. Wade, the number of abortions fell by more than ten thousand. That’s ten thousand precious lives that have been spared as a consequence of decades of hard work and political engagement by pro-life advocates.

There are absolutely negative consequences to political leadership as well, as the legalization of same-sex marriage in 2015 demonstrates. The proposed so-called Equality Act similarly constitutes the greatest threat to religious liberty in American history.

For these reasons, I am convinced that God is calling more Christians into public service than are answering his call. But here’s my prediction: no matter the results of today’s midterms, the gospel will still be the only answer to the greatest problems we face.

Consequently, the way Christians engage in politics is crucial to our witness and the eternal destinies of those we influence. Max Lucado was right: “Those who don’t believe in Jesus note what we who believe in Jesus do. They make decisions about Christ by watching us. When we’re kind, they assume Christ is kind. When we’re gracious, they assume Christ is gracious. But when we’re dishonest, what assumption will an observer make about our Master?

“No wonder the Apostle Paul says, ‘Be wise in the way you act with people who are not believers, making the most of every opportunity. When you talk, you should always be kind and pleasant so you will be able to answer everyone in the way you should’ (Colossians 4:5–6 NCV).”

Will your political engagement today honor both? 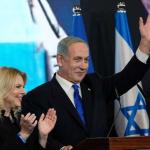 November 7, 2022
What I learned in Israel about the recent Israeli elections
Next Post 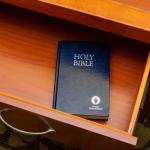 November 9, 2022 On this day in Christian history, the Gideons placed their first Bibles
Browse Our Archives
Related posts from Denison Forum

Suffering Is About Knowing Jesus Better
Readers of my blog know how much I love and admire Joni...
view all Evangelical blogs