Women in the Church Part 4 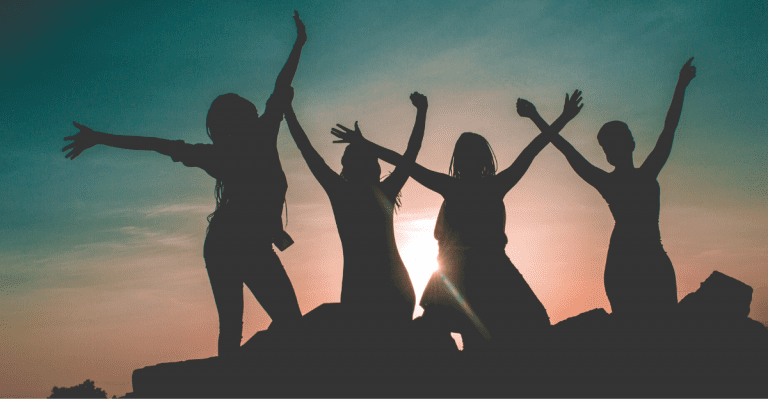 But what about 1 Timothy 2 were Paul seems to forbid women from teaching and having authority in the church and he appears to do so with abiding justifications and not culturally relevant ones?

“But I do not allow a woman to teach or exercise authority over a man, but to remain quiet. For it was Adam who was first created, and then Eve. And it was not Adam who was deceived, but the woman being deceived, fell into transgression” (1 Tim 2:12-14).

Before looking at this passage we should note that this was not an absolute dictum that forbade women from all teaching activities. After all, we see women doing just that throughout the NT. Priscilla was teaching Apollos in Acts 18. Philip’s four daughters were prophesying in Acts 21 (note: the act of prophesying entails teaching). And in 1 Cor 11:5, Paul approves of women praying and prophesying in church, He simply requests that they have their heads covered when doing so.

Now, it is widely acknowledged that the twin prohibitions of ‘teaching’ and ‘having authority’ in 1 Tim 2:12 entail the primary functions of a pastor. Thus, while not absolutely forbidding a woman from teaching in every setting, Paul was forbidding them from the role of a pastor or church leader; at least “over men.”

This would suggest that a women preaching on a Sunday morning to the congregation may well be permitted; for though they are performing a task that a pastor performs they are not usurping his authority as pastor and leader of the flock. That is, the text forbids them from two things that together constitute the position or office of what we term ‘pastor’. This does not mean that a woman cannot perform the task of teaching—which is why we see women teaching at various times in the NT.

To suggest that women cannot preach on Sunday, but yet they can present the same message to a classroom on Wednesday is quite silly. What is the difference between a woman teaching a message on a Wednesday and her giving the same message on a Sunday morning? She is performing the task but not the office of a pastor. This distinction is quite significant. Paul allowed the former, but forbade the latter.

Secondly, Paul’s prohibition that women should not have authority in the church is not absolute either. Paul simply states that alongside the restriction of teaching she cannot have over “a man.” For many, and I would concur, this means that women are permitted to function and serve as children’s pastors, or, even pastors of women; just not over “men.”

That this holds true finds support in Paul’s letter to Titus in which he counsels Titus on how to relate to younger and older men and older women.[1] Note that Paul gives no provisions for Titus on how he is supposed to counsel younger women. Presumably, because this would have been inappropriate. Propriety suggests that older women were better served at addressing and ministering to younger women.[2]

It is at this juncture that most evangelical churches would be in agreement with me. They have no problem with women being in authority over women and children. Some refuse to allow a woman to preach on Sunday, but, as we have shown, that does not appear to be what Paul was forbidding.

At this point, we could stop and most everyone would be content—though not necessarily in full agreement—with what has been said. Paul seemingly allowed women to teach in various settings and to be in authority over women and children. But, let’s look at the prohibition of women in 1 Tim 2:12-14 to see if there is more.

It is important to observe that the prohibition of women from occupying the office of pastor over men is justified by Paul in 1 Tim 2:13-14. Here he gives two reasons for his prohibition.[3] His first justification is that Adam was formed first (2:13). This is a reference to what is called ‘primogeniture’ (basically: the order of birth or creation).

Paul is saying that since Adam was first in creation we are going to establish a rule that man is to be first in the church. Now this appears very concrete. It remains true today that Adam was formed first—in fact, it will remain true forever. Therefore, Paul’s prohibition appears to be based on an abiding principle.

In order, then, to argue that Paul’s prohibition of women being pastors over men was culturally conditioned (that is, it is not necessarily the result of absolutely binding and eternally fixed factors), one would need to contend that the law of primogeniture is not absolute. Well, it is not. There are numerous occasions in which the one who was first was not given the privilege forever: Isaac over Ishmael; Jacob over Esau; Ephraim over Manasseh; Moses over Aaron; David was the youngest in his family.

In addition, primogeniture was culturally bound. In a culture that was intimately tied to land transfers and the allotment of inheritance, it was necessary to impose some standard that determined who was first. In such cultures, it was often essential to not split up the farms equally among all surviving heirs as this would have been detrimental to the long term survival of the clan.

In such societies, it was natural to choose the oldest—since the oldest was more likely mature enough to care for the family. After all, younger siblings might even be in need of care themselves. Choosing the oldest as a rule also eliminated or minimized the potential for sibling rivalry. These pragmatic factors made primogeniture a part of the fabric of the biblical world. But, as such, they do not necessarily translate to our contemporary situation.

Thus, to say that Paul was saying men can be pastors and women cannot based on an absolute fact that Adam was made first, fails to recognize that his reasoning was based on a culturally accepted practice of primogeniture. For Paul and the early church, this was a valid reason. But it was a reason that was culturally conditioned. And one that does not necessarily translate into all cultures for all time.

The second reason that Paul states to justify his restriction of women from the office of pastor over men is that Eve was the one who was deceived first (1 Tim 2:14). Again it appears that Paul has provided for us a theologically grounded basis for his rule—the fact is that she was deceived first. Though this reasoning seems a bit arbitrary, it was not. Paul’s argument is that Eve, and the women of his day, were more susceptible to deception. Now, this may appear to be a bit sexist.

Before we look at the nature of this assertion we must reflect on the fact that the pastor must keep watch over the flock. In doing so, one of the most central roles of the pastor is to watch over the teaching and beliefs of the church and to guard them against deception (note: the devil’s name is ‘the deceiver’: deception is one of his primary weapons!). Therefore, Paul lays forth an important rule that the pastor must not be one who is more susceptible to deception (I’ll return to this in a moment).

Note that gender is not a factor! Paul was not saying, then, that women by nature were more naturally deceived. Why, then, did Paul say that women were more easily deceived? Considering all the factors that contribute to a person being subject to deception, the only factor that would have been generally, and perhaps almost universally true of women at the time of Paul, is that they were not privileged to the same levels of education as men.

​As a result, women were, generally speaking, not qualified to serve as pastors because they were not privileged to the same level of education and were, thus, more likely subject to deception. Consequently, it was not their gender that was the problem. Might we conclude that as access to education is made more available to all, including women, that women may qualify to serve as pastors over men?

Paul wasn’t forbidding a woman who lectured on a Wednesday from teaching on Sunday. The educational preparation for women in his day wasn’t present. Now that it is more readily available, it stands to reason that Paul would have been willing to allow women to teach the same message on Sunday that they did on Wednesday and to allow them the authority to lead the entire church.

[2] Now I am not suggesting that Paul allowed women to be pastors of women in his day because such is an anachronistic thought. It doesn’t appear that they had such roles then. I am suggesting that if Paul were here today in our contemporary western churches he would have had no problem with women being ‘leaders’ of women. You’ll see why below I refrained from using the designation ‘pastor’ here.

November 25, 2019 Women in the Church Part 5
Browse Our Archives
get the latest from
Determinetruth
Sign up for our newsletter
POPULAR AT PATHEOS Evangelical
1