I’ve been Redeemed: but not simply for my own sake!

I’ve been Redeemed: but not simply for my own sake! March 31, 2020 Rob Dalrymple

Holy Week typically presents an occasion for which most Christians, including evangelicals, use to reflect on what Christ “has done for us.” Though this is great, I do think it misses a vital point. 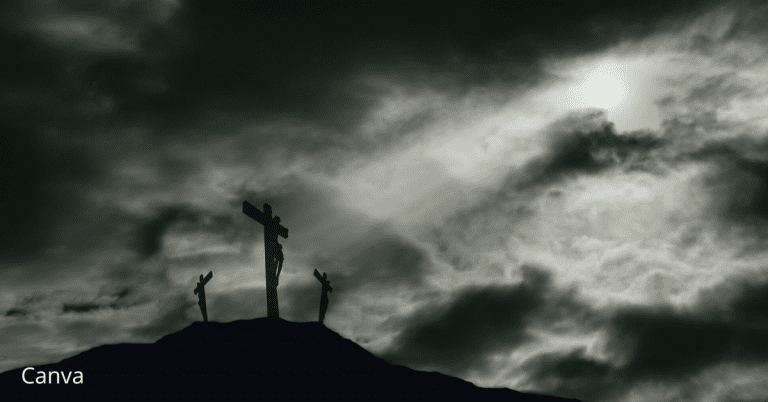 One of the primary elements of Holy Week is the fact that Christ has brought us redemption! As the Gospel of Mark notes, “For even the Son of Man did not come to be served, but to serve, and to give His life a ransom for many” (Mark 10:45).

It is indeed good for God’s people to stop and reflect regularly on the Cross and what Christ has done! Hopefully, in fact, we do so more than just during Holy Week!

There are two perspectives from which we may view redemption. The first, we often do. The second, we rarely consider. And it is the second that I suggest is far more important.

I grew up in a Baptist church. At some point in my childhood, I remember singing a hymn titled, “I’ve been Redeemed.” The whole song, all six stanzas, reflects on the significance of Jesus’ death for me.

The application of this view of redemption (redemption as personal gain) is that we ought to be good people. Jesus saved me: therefore, I should at least be a good person in return.

During Holy Week, we become especially convicted. Good Friday weighs on us deeply—as it should.

Again, this isn’t all bad. There is truth here.

There is even a biblical warrant for this approach. This is, in effect, what Paul does in 1 Corinthians 6:20: “for you were bought with a price: therefore, glorify God in your body.”

There is, however, a second, and, perhaps, more significant, way in which we need to look at the idea of redemption. That is, redemption for a purpose: or, redemption in terms of mission.

Redemption for a purpose

Leon Morris, in his entry on “Redemption” in the Dictionary of Paul and His Letters, notes, “the most important background [for redemption] is seen in the OT imagery of the Exodus, God’s redemption of the people Israel from Egyptian servitude to become the community of God’s covenant.”[2]

Morris’ observation here is crucial. The redemption of the people of God from Egyptian slavery was not so that they could simply be a free people. Sure, that is a part of it. Instead, the people of God were set free in order that they might become the covenant community of God.

As the covenant community of God, they were to fulfill God’s mission. That is, God didn’t simply save them from Egypt and say, “very well, old chap. Go on with yourselves and have a nice day” (somehow, God speaks British).

The call upon Israel is summarized in Exodus 19:6: “and you shall be to Me a kingdom of priests and a holy nation.” Israel was to be a kingdom. And that kingdom was to be one of priests. But they were to be such for the nations. They were not called, or saved, or whatever contemporary jargon you wish to employ, for their own sakes.

The people of God were redeemed for the sake of the Egyptians, and later the Assyrians and later still the Babylonians (see Isaiah 19:19-25).

The connection to redemption and the Exodus is evident in the NT book of Revelation. John notes, “And they sang a new song, saying, ‘Worthy are You to take the book and to break its seals; for You were slain, and purchased for God with Your blood men from every tribe and tongue and people and nation. You have made them to be a kingdom and priests to our God; and they will reign upon the earth’” (Revelation 5:9-10).

John indicates that the people of God have been purchased (redeemed) and the result is that they have been made a “kingdom and priests”—the two tasks to which Israel was called in Exodus 19.

This means that as God’s covenant people we have a mission!

Redemption for a purpose in Scripture

That the people of God are called not for their own sake but for the sake of God mission is explicitly stated in 1 Peter 2:9, “But you are a chosen race, a royal priesthood, a holy nation, a people for God’s own possession, so that you may proclaim the excellencies of Him who has called you out of darkness into His marvelous light.”

The “so that” of 1st Peter 2:9 is crucial. We were chosen so that we might declare “the goodness of God” (as the New Living Translation calls it).

This is what Isaiah declared:

Isaiah 43:21 “The people whom I formed for Myself will declare My praise.”

Isaiah 42:6 “And I will appoint You as a covenant to the people, as a light to the nations.”

Holy week is indeed a beautiful time to reflect on the biblical notion of redemption. It is vital, however, that we move beyond the individualistic, consumeristic, and somewhat narcissistic mindset that has beset much of 21st century evangelical Christianity.

We tend to think: “I’ve been purchased from the slave-market; therefore, I am now free!”

The biblical story, however, and its connection to the Exodus, is more concentrated on God purchasing a people so that we might accomplish His mission!

We need to face the fact that 21st century American Christianity has been overwhelmed by an individualistic and consumeristic mindset. Songs like, “I’ve been Redeemed,” whether or not they express truths that comfort and encourage us, only serve to reinforce such individualism.

What does this mean for God’s people today?

Certainly, Holy Week reminds us of the blessed hope. It reminds us that someday we will walk beside the river of the water of life and eat from the tree of life.

This means we weep

We weep as we see daily the number of deaths from Covid-19.

We weep as we see unemployment skyrocket.

We weep as we hear reports of medical workers risking their lives to care for the afflicted; oftentimes without proper protective garments.

This means we pray. We call upon God to bring down mercy. To bring leadership. To bring relief. To bring resources—medical, financial, etc. To bring comfort and healing.

This means we stay indoors during this pandemic. We not only stay safe for ourselves, but we make sure we are not carriers for the well-being of others—lest we infect them, and lest we become a burden on the medical community ourselves.

This means we learn. Being on mission means that for many of us we need to recalibrate. If being redeemed isn’t just for me, if being a witness isn’t just something additional—something I am tasked with—but is the fundamental purpose for which we have been redeemed, then we need to reevaluate much of what we do as Christians.

This final point is worthy of a whole book. Maybe soon I can get one to print!

March 24, 2020
Are the seven Seals of the book of Revelation unfolding today?
Next Post

April 9, 2020 The “signs of the times” and the return of Jesus
Browse Our Archives
get the latest from
Determinetruth
Sign up for our newsletter
POPULAR AT PATHEOS Evangelical
1

Evangelical
Following Jesus no matter the cost? A look...
Determinetruth

Evangelical
Why our failure to understand our own context...
Determinetruth
TRENDING AT PATHEOS Evangelical