Understanding the Kingdom of God: Part 6 of 7 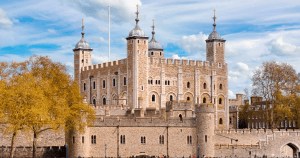 This means that, since love is eternal (1 Cor 13:13), anytime we love (i.e., unconditional, sacrificial love and not a self-gratifying lust) we are living in accord with the kingdom of God.

In order to understand fully the nature of the kingdom of God it is important to discern the distinction that the Scriptures draw between “this age” (or the “present age”) and the “age to come” with regard to eternity.

The “present age” is one of apparent prosperity, peace, and safety now. Yet, by its very nature, the “present age” does not last forever. As 1 John 2:17 says, “The world is passing away.”

Psalm 73 provides a good illustration. The psalmist contrasts the prosperity of those who indulge in the present age with their final destiny.

The Psalm opens with a measure of exasperation on the part of the psalmist as he considers the life of the wicked. They are prosperous (Psalm 73:3), they have no pain, and they are fat (Psalm 73:4). The psalmist envies the apparent ease with which the wicked enjoyed life—though certainly, he exaggerates their worry-free life. His envy, in fact, almost caused him to stumble (Psalm 73:2).

The psalmist’s quandary—as to why he should live in obedience to God and yet suffer, while the arrogant and wicked prosper—comes to make sense only when he, “came into the sanctuary of God; Then I perceived their end” (Psalm 73:17).

Once he realized that, “Surely You set them in slippery places; You cast them down to destruction” (Psalm 73:18), he came to understand that their apparent prosperity was not everlasting and, consequently, not worth chasing.

The kingdoms of the world, then, may be summarized as that which will not last. In other words, “this age” refers to that which is both fallen and temporary. This is why Paul refers to it as, “this present evil age” (Gal 1:4).

The Christian life is indeed to be marked both by a rejection of the world and its desires, which, as 1 John says “is passing away” (1 John 2:17) and a faithful adherence to the kingdom of God. Paul urges:

“For the grace of God has appeared, bringing salvation to all men, instructing us to deny ungodliness and worldly desires and to live sensibly, righteously and godly in the present age, looking for the blessed hope and the appearing of the glory of our great God and Savior, Christ Jesus” (Titus 2:11-13).

Now, I am very reticent to use the word “prosperity” here. I use the term because it shows that the contrast between the two kingdoms is one of aiming for prosperity in the present versus prosperity in eternity.

The problem is that there is an underlying self-centeredness that is often inherent in the word “prosperity.” If our desire is for prosperity in eternity solely for the purpose of attaining security for ourselves, then we have missed the mark.

The Roman economy was based on debt and obligation. In this system, I do something for you and now you owe me! I invite you to dinner, and you invite me back at a later time. Now, until you pay me back, you remain in my debt.

The problem is that the poor could never pay things back. Consequently, no one would ever loan them anything, or invite them to dinner.[2] After all, the purpose of loaning was to get something in return. It is against this backdrop that we read the Gospel of Luke and Jesus’ ethic.

In Luke 6:20-26, we have Luke’s version of the beatitudes.[3] Unlike Matthew, Luke includes the blessings and the curses in the same passage.[4]

“Blessed are you who are poor, for yours is the kingdom of God.

Blessed are you when men hate you, and ostracize you, and insult you, and scorn your name as evil, for the sake of the Son of Man.

Be glad in that day and leap for joy, for behold, your reward is great in heaven. For in the same way their fathers used to treat the prophets.

But woe to you who are rich, for you are receiving your comfort in full.

Woe to you when all men speak well of you, for their fathers used to treat the false prophets in the same way.”

Jesus is, instead, contrasting those who adhere to His kingdom’s ethics, even though it may well cost them now, against those who seek material security and even prosperity in the kingdoms of the world. This is evident by the fact that the fourth blessing is for those who are hated, ostracized, insulted, and scorned, “for the sake of the Son of Man” (Luke 6:22).

[1] Cp the Parable of the Rich man and Lazarus: Luke 16:19-31. This is what the mark of the beast in Rev 13 entails. Without the mark, one cannot buy or sell (Rev 13:17). The mark need not be literal. After all, it simply conveys the notion that reverberates throughout the NT: to align with the world is to secure—to some extent at least—one’s place in the economy of the world. To abstain and wield the seal of God (Rev 7:2; 14:1-2) is to become an outcast of the world’s system.

[2] There is an additional problem in inviting the poor also. Namely, that such meals were all about honor. If you are honorable and come to my dinner then everyone thinks I must be someone special. Then when you, an honorable person in society, invite me to dinner at your place, it only serves to affirm my honorable status. Note: this exists in virtually all cultures. If I invite a local congressman to dinner, he/she probably won’t come. What do they have to gain politically by coming to my house?Nor, am I enough of an influential person for them to invite me to a dinner at their place.

[5] This is precisely what Jesus illustrates by means of the Parable of the Rich man and Lazarus: Luke 16:19-31.

March 23, 2020 Understanding the Kingdom of God: Part 7 of 7
Browse Our Archives
Related posts from Determinetruth

Evangelical
The Beast of Revelation 13 and the Church...
Determinetruth
TRENDING AT PATHEOS Evangelical

Lily Yamasaki Sato’s Story, and How the U.S....
Alex Harris is a wonderful brother, and a true servant leader. When...
view all Evangelical blogs
Copyright 2008-2021, Patheos. All rights reserved.
Close Ad