The Book of Revelation and the 3rd seal: Covid-19 revisited

The Book of Revelation and the 3rd seal: Covid-19 revisited April 27, 2020 Rob Dalrymple

“When He broke the third seal, I heard the third living creature saying, “Come.” I looked, and behold, a black horse; and he who sat on it had a pair of scales in his hand. And I heard something like a voice in the center of the four living creatures saying, “A quart of wheat for a denarius, and three quarts of barley for a denarius; and do not damage the oil and the wine” (Rev 6:5-6) 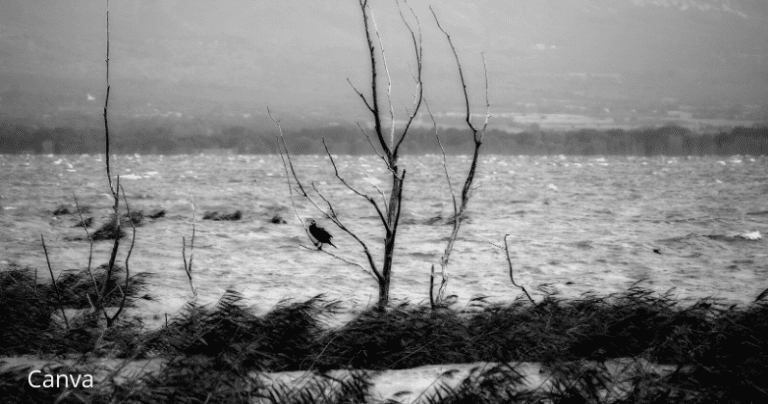 There is an important backdrop, which I will address shortly, to this text that may speak very much into today’s situation. But first, let me address the question: should we end the “stay-in-place” order? Let me tell you my answer (I know that is not good writing to tell you upfront but here goes):

We all have different agendas and different perspectives

And guess what, those who are the medical experts, sociologists, economists, and politicians all have different opinions, agendas, and ethical perspectives.

The problem is then exacerbated when we fall into the trap of assuming that everyone else has the same convictions as we do: i.e., all lives matter equally. Sorry, folks but not everyone believes that. I do. I hope you do. But not everyone else does. Especially those in power!

We all have different circumstances

We must also be made aware that we are all coming to the table from a different set of circumstances.

Some are sitting at home all fine and dandy. Fridge is full. TV and internet are working well. Family is good. Why not stay home and keep everyone safe and until this pandemic has been curbed?

Others are at home with little to no income. Little to no food. Kids have little to no access to education. Some are in abusive homes. Sequestering them is not the best of all possible worlds.

In third and fourth world countries, where most of the people are dependent on daily labor for survival, there is the weighing out as to whether or not more will die from starvation than from the virus?

What is the effect of stay-at-home?

How do we measure the impact of sequestering versus non-sequestering? Is it a simple math game of how many people die versus how many won’t?

I suspect, though I do not know, because, as I said earlier I am not a medical expert, nor a sociologist, nor an economist, that the answer to this question is not a simple math game of how many will die, but that it likely includes economics—such as how many wealthy and educated people will die versus how many poor and “expendable” people will die—and much more.

The 7 Seals of Revelation and today

Several weeks ago I wrote a post “are the seven seals of the book of Revelation unfolding today” https://www.patheos.com/blogs/determinetruth/2020/03/are-the-seven-seals-of-the-book-of-revelation-unfolding-today/.

It is not uncommon to hear these days alarmists claiming that Covid-19 is the 3rd horseman of the Apocalypse.

I noted that the four seals (aka the “four horses of the Apocalypse”) describe events that are characteristic of every age. As such, they are best viewed as events that occur when humankind is empowered. They are not God’s judgment per se, but the result of what happens when we are in control.

What is interesting, however, about the description of the 3rd horseman is that John notes,

“When He broke the third seal, I heard the third living creature saying, “Come.” I looked, and behold, a black horse; and he who sat on it had a pair of scales in his hand. And I heard something like a voice in the center of the four living creatures saying, “A quart of wheat for a denarius, and three quarts of barley for a denarius; and do not damage the oil and the wine” (Rev 6:5-6)

There is a very important backdrop to this text that may well speak into today’s situation.

The Roman world the 3rd Seal of Rev 6

In order for those few in Rome to live in extreme opulence, there was a tremendous need for slaves and day laborers to supply for the few.

Getting slaves to Rome was one thing. In hopes of attracting laborers, Rome decided to offer all of its residents an incentive: free grain.[1]

Supplying this grain, however, put a tremendous strain on the rest of the empire for several reasons.

1) Rome controlled the price it would pay for this grain.

“You supply us with grain, and this is how much we will pay for it. End of discussion. Nice doing business with you!”

“But sir, we can’t feed our own families at this price!”

“As, we said, nice doing business with you.”

2) This led many landowners to decide that it was more profitable to produce wine and oil! After all, there would always be a demand for such items and the wealthy would always be willing to pay full price for them.

This naturally led to a shortage of grain and barley throughout the empire. This meant that the very elements that people needed to live on for daily sustenance (grain and barley) became even scarcer. Not in Rome, of course. They had all the grain they needed and always at an affordable rate (are you angry yet?).

Throughout the rest of the empire, however, the prices for the staple foods of grain and barley rose! All of this was in order to provide for the opulence of the elite in Rome.

Now, imagine what happened when a famine hit (and in a vast area such as the Roman empire this was not uncommon). The greater the shortage of grain in the empire the higher the price of grain. Yet, Rome continued to get the same amount of grain at the same rate!

This is precisely what Rev 6:5-6 describes. Inflation that adversely affects the poor but not the wealthy:

John is describing a situation of injustice. One which represents a recurring pattern in history. How often do we see war (the 1st horseman) devastate a country and, yet, have little to no effect on those in power? (hint: think contemporary Syria).

Now, to some extent war, famine, pestilence, beasts, and death do not know race, gender, and socioeconomics. But, yet, they do. There is no question that stay-in-place orders are adversely affecting the poor and the marginalized.

Do we stay-in-place or not?

Does this mean that we should remove the stay-in-place order? As I said at the outset, I do not know. I do suspect, as the 3rd seal in Rev 6 indicates, the those who suffer the most from pandemics, are the poor, and the marginalized.[2]

Those of you who are getting along well, perhaps, you should stay home. Those who need to return to work perhaps you should as soon as reasonable: with social-distancing.

[2] Note: As I said in my previous post, I do not believe that the seven seals are a judgment from God on the world as a prelude to the coming of Christ. In fact, they are a warning to the people of God that things will be difficult prior to the coming of Christ (that is why the 5th seal is the cry of the saints, “how long?”). Note that the poor in the NT and the book of Revelation are typically the people of God! It is the church in Smyrna who is poor (Rev 2:9; though God knows they are rich) and those in Laodicea who are rich and are rebuked and need to recognize their poverty (Rev 3:17).

May 1, 2020 Are we sure that we are reading our Bibles well? Part 1
Browse Our Archives
get the latest from
Determinetruth
Sign up for our newsletter
POPULAR AT PATHEOS Evangelical
1

Evangelical
Does the Bible teach that women are to...
Determinetruth