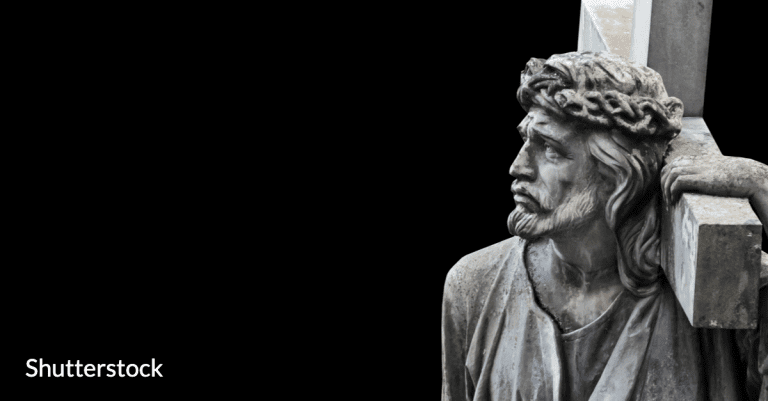 I begin with a question: Which item do you suspect presents the greatest humanitarian crisis today?

While you are thinking about it let me fill you in on some things.

I grew up in a conservative evangelical church. Generally speaking, my generation[1] of evangelicals had little interest with regard to many of the most pertinent issues of justice. Justice is what the liberals did.

At the same time, I recall sitting around campfires with my youth group singing worship songs like, “kum ba yah” (I remember wondering what “kum ba yah” meant;[2] and why were we singing it if no one knew what it meant).

I also recall singing the tune to Micah 6:8:

He has shown thee,

What is good and what the

But to do justly

And to love mercy

And to walk humbly

I have always been struck by the apparent inconsistency between Micah’s call to do justice and my community’s general lack of interest in engaging in social justice issues. Of course, for many years, I didn’t know what to do about it.

Certainly, justice has become more in vogue among some evangelicals. More and more justice is becoming an important by-word.

Yet, some remain resistant, or shall we say skeptical. Why?

Over the past year, I have been deeply reflecting on justice—especially with regard to race and gender. I am nearing the completion of a new book on the Gospel and Justice.

When I began to outline and prepare the chapters on justice, I suspected that they would be about ten pages per topic. I simply wanted to introduce the topics and provide a framework for next steps.

The premise was simple: we are called to address injustice; there is injustice happening with regard to issues x, y, and z; now, here are five things you might consider doing!

As I began to research and write, however, I quickly realized how little I knew. As I wrote the chapters on racial and gender justice, I quickly ran into a conundrum. The chapters continued to expand: ten pages became twenty, then thirty, then fifty.

Why? What was the problem?

There was the problem of my naivete. I never imagined how deep and extensive the issues were.[3] I, quickly, realized that there is no way that I can be alone in this ignorance.

As I began to voice my concerns in a variety of arenas, I was confronted with another problem.

There was the problem of resistance. As I read and wrote and talked about the issues with others, I was struck by the resistance I sensed, and sometimes faced, from my fellow evangelicals.

In the midst of all this, the pandemic struck.

Then the issue of racial justice once again came to the forefront. Protests ensued.

And then came the election season.

Over the course of all this, I witnessed the many faces of evangelicals. Some rushed to help. Others triumphantly declared Covid-19 to be a sign of the end of the world. (See my posts from Apr 9 “The Signs of the Times: and the return of Jesus” and Mar 17 “Is Covid-19 and Act of God’s Judgment?”). This was to be expected.

What I didn’t expect—though I wasn’t completely surprised by—was the amount of denial. I was also struck by the visceral responses among evangelicals.

It seemed impossible to even have a civil conversation. There was little tolerance for those who disagreed.

About the time I personally had reached a place of great consternation, I was granted a sabbatical. And so, I retreated. And I reflected. I used the time to continue my writing.[4]

The result, in addition to my new book, is a series of posts. Over the next several months I hope to offer reflections, from an evangelical, on matters of Scripture and justice.

In 2008, I was sitting on a bus heading out of Bethlehem. We had just visited the old city and the Church of the Nativity. Yet, that was not what was on my mind.

I was broken because I had been witnessing throughout that day injustice. I saw people that were oppressed and suffering.

And I knew that I was responsible.

Sure, there were many reasons for the suffering of these people. But among those reasons was me.

I say this because I have lived through the same experience many times over the last year of research and writing.

To return to the opening question: I would suggest that injustice toward women is the greatest humanitarian crisis in the world.

And as I researched and wrote, I knew again that among the many reasons for the injustices that are perpetrated against women was me.

In the posts to come, I ask you to journey with me. I will explain what I mean. You may not like what I have to say. You may not agree. All I ask is that you listen. Ponder. Pray. Seek.

Maybe you too will find yourself sitting on a bus and looking at the world in a different light.

[2] kum ba yah was an African spiritual that meant “come by here.”

[3] In saying this, I can see many people of color and women responding with “ya think!”; while at the same time I can sense that many white evangelicals, especially men, like me, are thinking: “I do not buy it. I am about to read a bunch of liberal propaganda.”

[4] I currently have two major writing assignments. One is a work on the Gospel and Justice; the other is a commentary on the book of Revelation.

October 31, 2020
All Saints Day and Election 2020: Jesus, politics, the election, and the kingdom of God
Next Post

December 15, 2020 Evangelicals and Justice: why are we so late to the game? Justice#2
Browse Our Archives
get the latest from
Determinetruth
Sign up for our newsletter
POPULAR AT PATHEOS Evangelical
1

Evangelical
Is it okay to hate white people?
Determinetruth
TRENDING AT PATHEOS Evangelical

Always on Your Side
One of my favorite female artists is Sheryl Crowe.  She was raised...
view all Evangelical blogs
Copyright 2008-2021, Patheos. All rights reserved.
error: Content is protected !!