The Church’s complicity in racial injustice Part 3: The Bible, injustice, and race#7; Justice#32

What I didn’t know then, and have only recently learned, is the fact that Christian education played a significant role in America’s racist past.

Did you know that during the years 1950-1965 there was a dramatic increase in the number of private Christian schools and the enrollment in them.[1] What was the primary cause for this increase? Answer: White Christian reaction to desegregation!

That is correct. In the years leading up to the landmark Supreme Court decision of Brown v the Board of Education (1954) and in the 10 years after the decision, Christian education, especially in southern states, experienced a rapid growth. This growth was in anticipation of and, then, a reaction to the Federal mandate to integrate schools.

The defining issue of evangelicalism

If we were to ask evangelicals, and even non-evangelicals, today, “what is the defining issue of evangelicalism?” I suspect that most would respond, “abortion.”

Segregation was the defining issue for evangelicals at this time[4]

In the 1950’s-1970’s, the evangelical movement formed around the issue of segregation. One of the primary battlegrounds for segregation in the 1950’s and 60’s was education. Some White parents, feared the prospect of their White girls attending schools with Black boys and eventually growing up, falling in love, and having “brown babies.” Thus, the response to the governments demands to integrate: the formation of “segregation academies.”

In 1954, the Supreme Court decision of Brown v the Board of Education ended the legal segregation of public schools. White communities in the south responded by forming “segregation academies” which provided White parents the opportunity to send their kids to a private “whites only” school instead of being forced to attend the desegregated public schools.

In 1969, Holmes County Mississippi, “saw the number of white students enrolled in public schools drop from 771 to 28; the following year, that number fell to zero.”[5] The exodus of Whites from the public schools meant less resources and a poorer education for the newly “desegregated” public schools.

White families, who could afford the private “whites only” academies, continued to benefit from the access to better educational opportunities.

Christian complicity in the fight against integration

Unfortunately, many churches responded to the demand of integration not by loving their neighbors and welcoming them, but by assisting in the creation of the “segregation academies.” A 1972 report entitled, “It’s Never Over in the South” noted that, “individual Protestant churches in most cities have participated and often led the private school movement during desegregation.”[6]

Because these academies were private schools, they did not have to abide by the Brown v Board of Education mandate for racial integration, which only applied to public schools.

The problem these schools began to face was whether or not they could continue to receive tax-exempt status without following the Federal mandate to integrate.

By the late 1960’s these schools were being sued on the basis that they should not receive tax exempt status unless they integrated.

It was the ensuing battle with the IRS to defend the tax-exempt status of their segregated schools that led to the coalition of the religious right.

That is right: it was not Abortion that led to the rise of what we know call “evangelicalism.” It was segregation!

After a number of years of trying to retain the school’s tax-exempt status, Bob Jones University decided that would attempt to pacify the Federal Government by admitting a Black student. This “student,” however, was a member of their custodial crew who agreed to enroll as a part-time student. He withdrew a month later.

Eventually, Bob Jones University was forced to admit students of color. They did so with one precondition: they would admit persons of color, but only if they were married. The University refused to admit single Black students because they feared interracial dating. Jones, in fact, stated publicly, “There are three basic races—Oriental, Caucasian and Negroid. At BJU, everybody dates within those basic three races.”[7]

In 1976, as a result of their restrictions on interracial dating, the IRS once again removed Bob Jones University’s tax-exempt status. Eventually, the university changed its policy and no longer discriminates on the basis of color.

In 2008, Stephen Jones, the son of Bob Jones III and the grandson of Bob Jones, the founder of the University, issued a formal apology for the University’s past racial prejudice. The apology reads, “For almost two centuries American Christianity, including BJU in its early stages, was characterized by the segregationist ethos of American culture.”[8]

Churches not only fought against integration in the public schools, they denied integration in their Sunday Schools. A resolution set forth by the board of deacons at the First Baptist Church in Camden, South Carolina stated, their “unalterable opposition [to the] . . .  integration of the white and colored races in either the schools or Baptist churches of the South.[9] After all, it was argued, God had arranged segregation and who were they to dismantle what God has established?

The common arguments raised by White Christian churches in favor of segregation are articulated in a resolution from Clarendon Baptist Church in Alcolu, South Carolina

“We believe that integration is contrary to God’s purposes for the races, because: (1) God made men different races and ordained the basic differences between races; (2) Race has a purpose in the Divine plan, each race having a unique purpose and distinctive mission in God’s plan; (3) God meant for people of different races to maintain their purity and racial indentity [sic] and seek the highest development of their racial group. God has determined ‘the bounds of their habitation’”[10] (note the last phrase is a citation from Acts 17:26).

The above quotes are not simply aberrations from an isolated congregation or two. Such resolutions were affirmed by entire denominations.[11]

I remember being a child and listening to my mom explain why affirmative action was unfair. “It’s not right that a child (of color) who didn’t perform as well in school as another (White) child should gain admittance to a college or university simply because the school must reach a quota of diversity,” reasoned my mom.

At the time, Mom’s reasoning made sense. Why should a White child not have the opportunity to go to a school simply because the school must allow a certain percentage of minorities?

(I am chuckling as I write this. I am doing so because I am envisioning many of the White people I know clamoring in agreement. “Yeah, it’s not fair.” And then I think of my friends of color, and I can hear them saying, “really? You people really don’t get it do you?” And I must say, that I am with my friends of color on this one. Yep, we really don’t get it. After all, it is not fair that a person be deprived of an education at a better institution simply because of their color! “Oh, that’s what happened during segregation!”

What my White friends don’t get, and I certainly didn’t get it until recently, is that the American educational system is set up in such a way that Whites continue to have a tremendous advantage. The schools in White neighborhoods are more often than not simply better. They have more accomplished teachers. They have better facilities. They have better resources. They are simply better.

Now, I can hear some of my White friends reply, “but that is not our fault.” Though I will respond to this in the next post, I would note at this time that the present educational system is, in part, a result of racist policies and tactics of powerful Whites).

Now, maybe Affirmative Action is not the best plan. I am not a sociologist. I’ll leave that issue alone. But the argument that we shouldn’t use race when deciding who should get admitted to a college or university fails to recognize that race has been a factor in most every aspect of American society since its inception.

Why this is so troubling

I often note in my teaching that the Gospel is that Jesus Christ is Lord. That is it. No one else and nothing else is Lord but Jesus. The problem, of course, is that we all have many Lords—especially the Lords of self-satisfaction and self-interest.

Consequently, though becoming a Christian may be the easiest thing to do—all one must do is believe that Jesus is Lord and repent (Mark 1:14-15)—it is at the same time the most difficult thing to do. To surrender self, and to do so daily, is impossible (Mark 10:26-27).

The church’s complicity in the societies racist ways is so deeply troubling because we have as a pillar of our beliefs a theological basis for affirming the equality of all persons. Jesus Christ died for all. And in His death, resurrection, ascension, and His sending of the Spirit, He has inaugurated a kingdom (i.e., a new creation) in which “There is neither Jew nor Greek, there is neither slave nor free man, there is neither male nor female; for you are all one in Christ Jesus” (Gal 3:28).

This means that we should be on the front lines defending the rights of women, minorities, and others who are discriminated against.[13]

Yet, when women vied for equality in the US, many Christians resisted and claimed that God has ordained a hierarchy in which men are superior to women.[14]

And when people of color vied for equality, Christians again resisted and this time claimed that God has ordained the separation of the races.[15]

The problem remains today in our churches. Many White Christians, who still remain among the powerful and elite in our society, deny the presence of systemic racism. Others argue that we should not make reparations, nor seek legislation that would attempt to level the playing field.

Somehow, I think we need to learn how to respond by looking a bit more carefully at the cross-bearing love of Christ.

Be sure to sign up for the newsletter on the right side of the homepage of this website to receive email alerts when new posts are added.

For my books visit my Amazon.com page

[3] Abortion did not become the defining issue for American evangelicals until 1980. Prior to the 1980’s abortion was viewed by many evangelicals as a “Catholic” issue. Because evangelicals were often anti-Catholic, this meant that most evangelicals prior to 1980 were pro-abortion.

[12] Tragically, one would not know this by walking into most churches today.

[13] I am thinking especially of the various groups of special needs persons.

August 24, 2021
The Church’s complicity in racial injustice Part 3: The Bible, injustice, and race#7; Justice#32
Next Post

August 31, 2021 Biden quotes Isaiah. Not again.
Browse Our Archives
get the latest updates from
Determinetruth
and the Patheos
Evangelical
Channel
POPULAR AT PATHEOS Evangelical
1 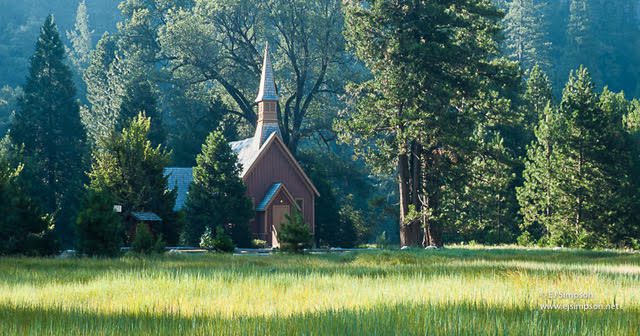 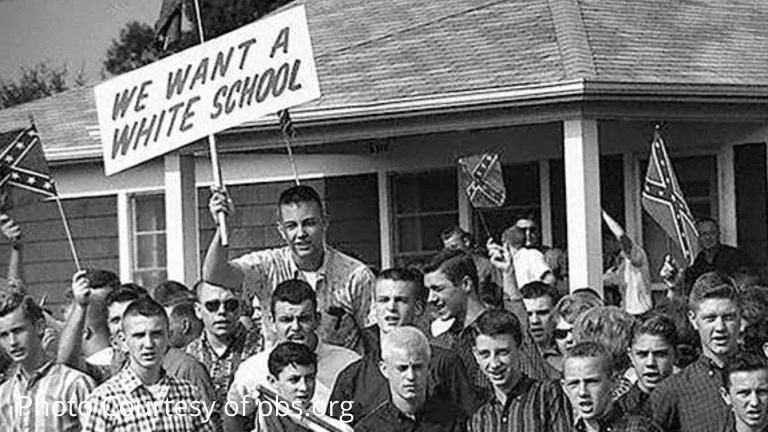