America’s Racist Past pt3: The Bible, injustice, and race#13; Justice#37

Have you ever considered: “what causes people to riot?”

What comes to your mind when you think of “riots”?

Our biases are always at work.

When I asked, “why do people start riots?”, some of you may have immediately harkened back to the capital riot of Jan 6, 2021. After all, at the time of this writing, it is still somewhat fresh in our minds. Interestingly, some of you may not consider this event since you do not think of it as a riot.

Others may consider riots in other countries.

Still, others may have thought of the racial “riots” that plagued numerous US cities last year.

Now, if the question were asked 100 years ago in a southern US town, I suspect that many would have considered the riotous mobs of White men and women who violently expelled people of color from their towns. I am, of course, referring to the riots and forced removal of Blacks from what were known as “Sundown Towns.” 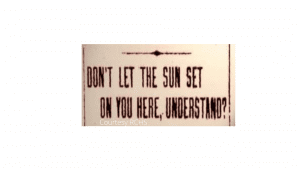 Sundown towns were so named because of the signs that dotted the city limits warning Blacks to not let the sun go down with them still in the city limits. I don’t think I need to explain what would happen if they didn’t! Apparently, those who posted the signs didn’t either!

In the period between the end of the Civil War and the 1920s, riots, led by White men and women, resulted in the violent expulsion of every person of color from towns all over Georgia, central Texas, Indiana, and throughout Appalachia. In Georgia, an entire county expelled over 1,000 Blacks in an effort to rid it of Blacks.[1]

“Honey, let’s just go for a drive and enjoy the day. Maybe we can find a quaint little restaurant along the way.”

Did you know that this is a conversation that people of color were not likely to have during the era of the famed “Route 66”?

“Route 66” was not necessarily a pleasant drive for African Americans. Restaurants and businesses with three “K’s” in their name, such as Kozy Kottage Kamp, peppered the highway. (Such names were code for the KKK and a sign that African Americans were not welcome.)[3] Along such a drive, people of color had trouble finding gas stations, hotels, restaurants, and bathrooms.

Candacy Taylor, in an article in the Atlantic notes,

To avoid the humiliation of being turned away, they often traveled with portable toilets, bedding, gas cans, and ice coolers. Even Coca-Cola machines had ‘White Customers Only’ printed on them. In 1930, 44 out of the 89 counties that lined Route 66 were all-white communities known as “Sundown Towns”—places that banned blacks from entering city limits after dark.[4] 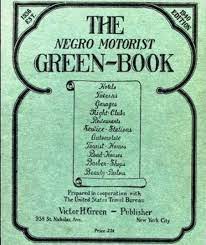 In order to aid Black travelers during the years 1936-64 Victor Green published annually, “The Negro Motorist Green Book” which informed persons of color where they could find gas stations, hotels, restaurants, and bathrooms that would serve them along Route 66?

In the 1950s, my stepfather, Ron, experienced this firsthand as a child. His father had a good job with the railroad and owned a nice car. After being stopped by a sheriff while on vacation with his family, the sheriff asked Ron’s dad where he got the car. Knowing better than to say it was his, Ron’s father pretended to be a chauffeur. When the sheriff asked about the other people in the car, Ron’s dad pretended they weren’t his family. He said the woman sitting next to him (his wife) was his employer’s maid, and he was taking her and her son (Ron) home. The sheriff asked, “Where’s your chauffeur hat?” Ron’s dad was ready; he had one in the car: “Hanging right up in the back, Officer.” [5]

America was founded by revolting against an established government. The Boston Tea Party was, by all intents and purposes, an anti-governmental riot.

It is interesting, if not disturbing, to realize that the overwhelming number of “riots” in the US have been perpetrated by Whites against persons of color often for the purposes of safeguarding their racist habits and their lucrative effects.

Yet the American media would have us believe that riots are the result of hoodlums.

I have argued over the last several posts that the presence of systemic injustice in America today is the result of America’s racist past.

What I have endeavored to show in these posts is that our country’s racist past has spawned a system in which people of color continue to be oppressed.

When we begin to consider the terror imposed on Blacks by Whites throughout American history—from slavery to peonage and convict leasing, to Jim Crow segregation, to lynchings and all forms of extra-judicial killings, to masses of riotous mobs of White men and women destroying entire towns, to violent expulsions from sundown towns, to redlining and the racist agendas of the US government and American financial institutions—which ensure that people of color could not take advantage of the wealth opportunities created by owning their own home—to the inequities of the public educational system, to the dehumanizing effects of not allowing a person of color to use a gas station, a drinking fountain, or a restroom—it only raises the question, how can we allow this to continue?

May Whites look at the “riots” that have dotted American cities over the last number of years–which others would say were peaceful protests that in some instances were hijacked by rioters—and condemn them.

Yet somehow, we have failed to ask the question: “What causes people to riot?”

November 2, 2021 Systemic racism, the prison system, and mass incarceration: The Bible, injustice, and race#14; Justice#38
Browse Our Archives
get the latest updates from
Determinetruth
and the Patheos
Evangelical
Channel
POPULAR AT PATHEOS Evangelical
1

On Not Throwing the Baby Out...
Roger E. Olson

Evangelical
Evangelicalism: Where have all the young people gone?
Determinetruth 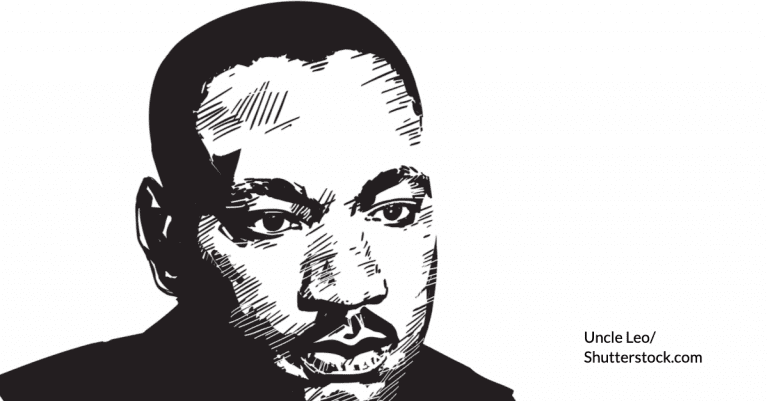 Evangelical
You shall know the truth and the truth...
Determinetruth
TRENDING AT PATHEOS Evangelical