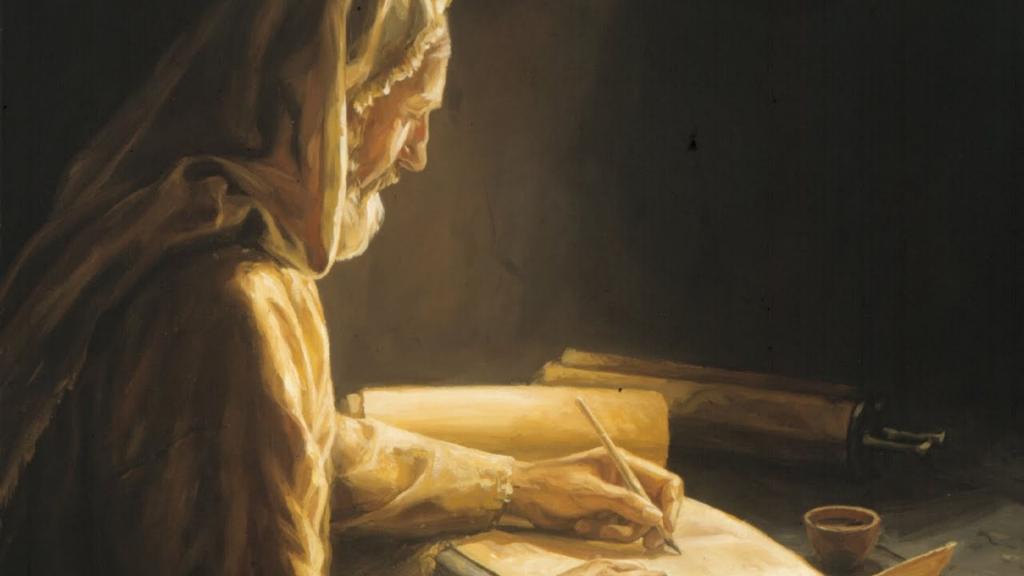 Luke 21 (see parallels in Matt 24-25 and Mark 13) presents Jesus’ pronouncement of judgment on the temple and Jerusalem.[2] The passage begins with a contrast between the “rich” and the “poor widow” (1-2) at the temple. This sets the scene for the entire chapter.

By stating that the woman is both “poor” and a “widow,” Luke wants us to recognize her plight; especially as it contrasts the rich who were also giving. That she gave “all she had to live on” is not a commendation of her giving, but an indictment against the wealthy and powerful who were not contributing to her well-being and still demanding that she contribute. This is why Jesus says in the previous verse (don’t let the chapter breaks get in the way), “Beware of the scribes . . . who devour widows’ houses” (20:46-47).

It is the behavior of the leaders, whom we must recall are put in power by Rome, that leads to Jesus’ pronouncement of judgment on Jerusalem and the temple (6). Jesus is then asked, “when will these things happen” and “what will be the sign when these things are about to take place?” (7).

Jesus’ answer, as in the Matthew and Mark, stresses the need to be prepared (34) and to not be deceived (8-11). After all, it will not happen right away (9). That wars, earthquakes, famines, pestilence, and signs from heaven (10-11) will occur are not to be taken as acts of God that precede the end. Instead, they are merely the regular occurrences of life. In fact, this is what happens when empires such as Rome are in power (e.g., famines are often the result of human devastation and war).

The need for being prepared is because persecution (12-15) awaits them, and because this persecution will lead for an opportunity to witness (13).

The destruction of Jerusalem is indicated in verses 20-24—which was fulfilled in AD 70.

Luke 22 is Luke’s description of the last supper and the events leading to Jesus’ arrest. As we have noted, the Gospel writers are not concerned with telling the story of Jesus in chronological order. Thus, Mark places Jesus’ speech on servant leadership as taking place on the journey to Jerusalem (Mark 10:42-45). Luke, however, places Jesus’ teaching at the Last Supper (24-28).

The significance of Luke’s placement is that the dispute over who was the greatest follows Jesus’ explanation: “I am going to die for you! So, here eat this bread and drink this cup as a reminder of my body and my blood which is poured out for you” (14-23). In the very next verse, the disciples are arguing as to who was the greatest!

Then Jesus reminds them of the times that He sent them out in pairs to proclaim the kingdom of God (cf 9:1-6; 10:1-16). On those occasions He sent them out “without purse and bag and sandals” (35). “BUT NOW” (36: the Greek is very emphatic), Jesus says, “whoever has a money belt is to take it along, likewise also a bag, and whoever has no sword is to sell his coat and buy one” (36).

Something has changed! When Jesus sent them out earlier, they were relatively safe. Now, things have changed, and they will not be safe as they were before. Jesus, in fact, declares, “Simon, Simon, behold, Satan has demanded permission to sift you like wheat” (31; note the Greek “you” is plural). What has changed?

What has changed is the fact that soon it will be understood that Jesus is indeed proclaiming a kingdom and that He is the king of that kingdom! Even though it is an alternative kingdom, it still poses a threat to Rome and those in power. Anyone who advocates for that kingdom will suffer.

(NB: we addressed the “buy a sword” statement on the Determinetruth podcast. I would simply say here that Jesus is not giving them an order but is using hyperbole–exaggeration. After all, two swords would hardly be enough for eleven disciples to defend themselves.)

The events of Jesus’ last night and into the next morning highlight several key themes. First among them is that Jesus is indeed the world’s true King (23:2-3). His kingdom, however, is not like the kingdoms of the world. And it is here that these kingdoms clash.

Jesus’ kingdom, of course, is epitomized by His act of selfless love. A love that lays down its’ life for others.

Secondly, the story of Peter’s denials lay bare the demand of following Jesus. Earlier that same night, Peter had asserted, “Lord, with You I am ready to go both to prison and to death” (33). It is quite easy among Christians to laugh at Peter’s overzealous shenanigans. We, however, might do well to recognize that we are rarely even willing to proclaim our intent to “go both to prison and to death” for Christ. Peter’s betrayal reminds us that all the zeal in the world is not enough to keep us faithful. We need to rely on the Spirit daily lest we too fall.

The events of the cross exemplify what empires do. They crush rebellion and anything they perceive to be a threat. Crucifixions were notoriously despicable. They were intended to expose victims with some of the most inhumane suffering imaginable. They were meant to serve as a reminder to everyone else in the empire that those who pose a threat to Rome’s power will suffer the same fate.

Once again, women play a prominent role in the Gospel of Luke. Luke notes that while He was on the cross, “the women who accompanied Him from Galilee were standing at a distance, seeing these things” (23:49). Then, while they are laying Jesus in a tomb, Luke adds, “the women who had come with Him out of Galilee followed, and saw the tomb and how His body was laid” (23:55). Of course, on Sunday, it was the women who were the first witnesses of the resurrection.

The fact that the women’s testimony was not believed (“these words appeared to them as nonsense, and they would not believe them”; 24:11) is due, in part, to the fact that they were women. There is, however, more going on that leads to their unbelief, which we will explore in tomorrow’s reading.

Luke narrates Jesus’ encounter with two disciples (Cleopas and his wife?: 18)[4] who were leaving Jerusalem that Sunday and were heading to the village of Emmaus (7 miles to the west of Jerusalem). Jesus’ conversation with them is critical for understanding several aspects of the NT.

First, note that they were still anticipating a nationalistic king—one who would establish a Jewish kingdom (21). This is one of the key reasons why they did not believe the women. In fact, when Cleopas and his wife explain everything to the rest of the disciples, they still didn’t believe (38). In fact, they remained doubtful even after the risen Jesus suddenly entered the room (36).

Secondly, Jesus explains to them that all of the Scriptures (the OT: which are designated as the writings of Moses and the prophets: 27) testify that it was “necessary for the Christ to suffer these things and to enter into His glory” (26). Later, Jesus will explain to all the disciples that everything that was “written about Me in the Law of Moses and the Prophets and the Psalms must be fulfilled” (44). And, Jesus adds, this included the fact that, “the Christ would suffer and rise again from the dead the third day and that repentance for forgiveness of sins would be proclaimed in His name to all the nations, beginning from Jerusalem” (46-47).

Luke ends his gospel with an eye towards the book of Acts (47-49). Those present were going to be commissioned to proclaim the gospel of the kingdom to the nations.

[2] For a detailed discussion of Jesus’ declaration of judgment on Jerusalem and the temple see my: Understanding the New Testament and the End Times, chapter 10.

[3] Note: this is not absolutely true in our world. In ancient Israel, the only way one could acquire great wealth was to take land from another and not return it as commanded in the Law.

[4] We cannot be certain who the second person was. It makes the most sense that it was Cleopas’ wife—hence, as a woman, she might not have been named. We cannot be certain but Cleopas is likely the same person as Clopas (John 19:35). If so, then his wife was Mary (John 19:35)—another of the many “Marys” in the NT. It is suspected that either Clopas was the brother of Joseph—Jesus’ father—or that Mary was related to Jesus’ family. Still others suggest that Cleopas is the same person as Alphaeus (Luke 6:15), who is the father of James and John since their mother was named Mary (Mark 15:40).

About Rob Dalrymple
Rob Dalrymple is married to his wife Toni and is the father of four fabulous children, and has two grandchildren. He has been teaching and pastoring for over 32 years at colleges, seminaries, and the local church. He has a PhD (Westminster Theological Seminary) in biblical interpretation. He is the author of four books (including: Follow the Lamb: A Guide to Reading, Understanding, and Applying the Book of Revelation & Understanding the New Testament and the End Times: Why it Matters) as well as numerous articles and other publications. You can read more about the author here.
Previous Post

April 19, 2022
Pastor, please realize that the reason they are leaving the church is because of attitudes like this
Next Post

April 26, 2022 Love, Humility, the Bible, and its interpretation: Evangelicalism and the Bible #6
Browse Our Archives
Related posts from Determinetruth 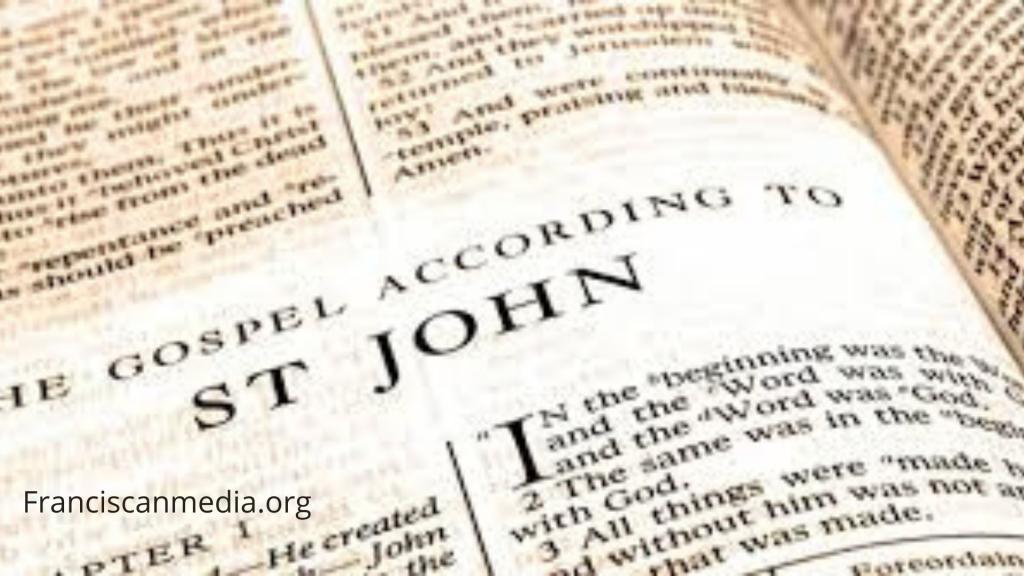 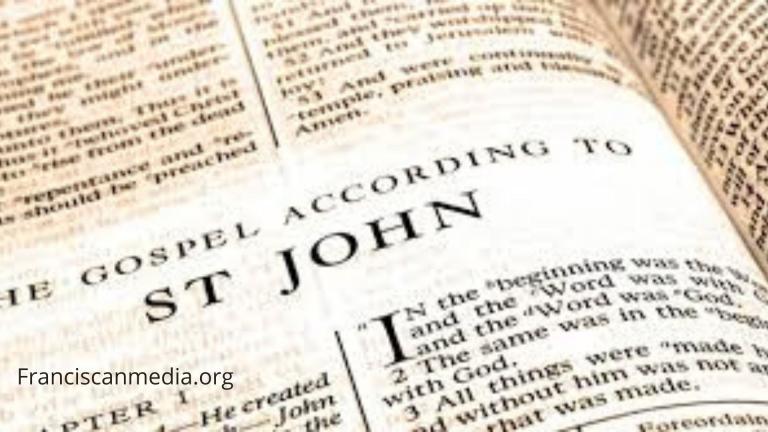