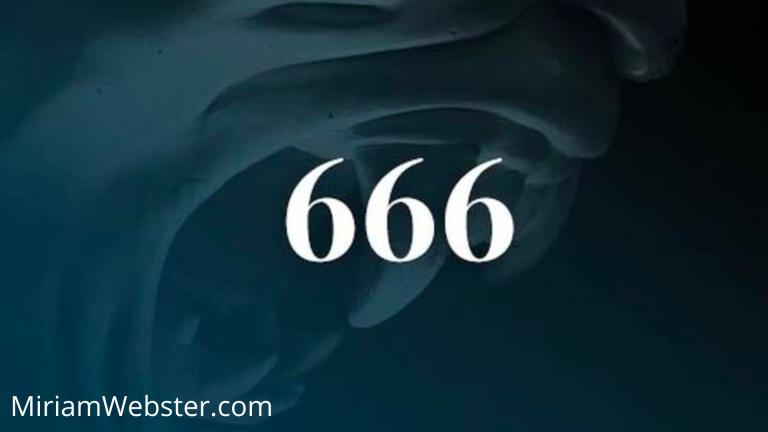 I noted in my last post on the Mark of the Beast there is little doubt that John was using an ancient practice of Gematria and that by means of this practice it is quite likely that 666 represents Nero. This view is quite common among scholars of the book of Revelation.

In this post, I wish to address how it is that we know this and elaborate on what this might mean for us.

NB: this post will be a bit more technical as we examine John’s use of 666.

The first thing to observe is that the numerical equivalent of the word “Beast”—remember that Greek and Hebrew letters have numerical values (e.g., A = 1; B = 2; etc)—is 666.

There is only one caveat. The Greek word “beast” (therion), which John penned, is 666 only after it has been transliterated[1] into Hebrew.[2]

This is not a problem, however. After all, John is not shy about using Hebrew words: He notes in 9:11, “They have as king over them, the angel of the Abyss; his name in Hebrew is Abaddon, and in Greek he has the name Apollyon” (9:11).

Of course, the famed “Armageddon”—which isn’t “Armageddon” but that is for another post—is also a Hebrew word: “they gathered them together to the place that is called in Hebrew is called, ‘Har-magedon’” (16:16).

To fully understand John’s point here, and his first readers would have been clued in, we will need to discuss what is “the Beast.” We will save this for a future post.

It is here that a vast array of speculations, some quite far-fetched, have come to the fore.

The most widely held conclusion within the scholarly community is that “the number of his name” (13:17) refers to Nero.[3]

Just as there was an obstacle with regard to the name “Beast,” there is an even greater complication with the conviction that the “number of his name” refers to Nero.

The difficulty is that in order to arrive at 666 with Nero’s name one must use the Greek version of his Latin name and then transliterate it into Hebrew. Let me explain because there is a subtlety that is important.

The Greek version of Nero’s name is “Nero.” When this is transliterated into Hebrew it totals “616.”

As I noted in an earlier post, there are some manuscripts that read “616.” This fact actually lends further support to the conviction that John intended for his readers to recognize Nero as the object of “666.”

This is because the presence of 616 in later manuscripts may be accounted for by the fact that the writers of these manuscripts likely believed that the number referred to Nero. Yet, they knew that Nero’s name only equaled 616. Thus, believing they were correcting a mistake, they altered the text to 616 in order to conform to their conviction that the Beast was Nero.

What does this mean for us?

If 666 was a reference to Nero, then we must ask if it has any relevance to us. In order to answer this, we must explore the details of John’s depiction of the Beast in Rev 13:1-8. This will be the subject of our next series of posts.

At this point, we can note that the Mark of the Beast is surely meant to serve as a contrast to the Seal of God. In effect, the Mark and the Seal may be conceived of as indicators of to whom one gives allegiance.

To give allegiance to Christ is to be set apart as having the Seal of God.

To give allegiance to the Beast is to be set apart as having his Mark.

For John, there was no middle ground.

One either gave their allegiance to Christ or to the Beast.

Knowing this raises the question as to why any Christian would give their allegiance to the Beast in order to receive the mark.

To understand this we need to explore more thoroughly what the Mark of the Beast is. To do this we must address who/what is the Beast.

We will turn to this in our next post.

[3] Bauckham notes that “few of the many other solutions by gematria that have been proposed offer a name, which the phrase ‘the number of his name’ (Rev 13:17; 15:2) requires, and of those few which do this seems eminently the most preferable” (Climax, 387; emphasis original).

About Rob Dalrymple
Rob Dalrymple is married to his wife Toni and is the father of four fabulous children, and two grandchildren. He has been teaching and pastoring for over 32 years at colleges, seminaries, and the local church. He has a PhD (Westminster Theological Seminary) in biblical interpretation. He is the author of four books (including Follow the Lamb: A Guide to Reading, Understanding, and Applying the Book of Revelation & Understanding the New Testament and the End Times: Why it Matters) as well as numerous articles and other publications.  He is currently completing a commentary on the book of Revelation titled, “Revelation: a Love story” (Cascade Books, pending 2024). You can read more about the author here.
Previous Post