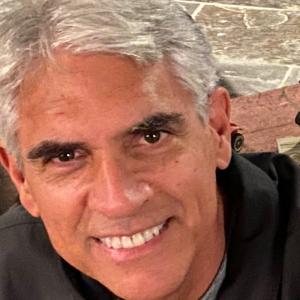 Fred Stella was introduced to Hinduism as a teenager. After years of study, he formally embraced the Dharma in his early 30s. Over the years, Fred has spent time expanding his knowledge with study & practice in various ashrams & temples in the US and India. In 2009 The West Michigan Hindu Temple ordained him as Pracharak, or “Outreach Minister.” In 2012 Fred was presented with his city’s “Champion of Diversity Award” for his work in interfaith relations.

For over 20 years, Fred has hosted Common Threads, an exploration of world religions, on his local NPR affiliate WGVU-FM. It is also available as a podcast.

Finally, Fred sits on the National Leadership Council of the Hindu American Foundation.