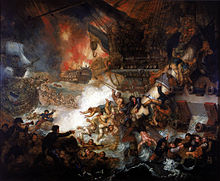 My friend Khalid’s mother, a native of Karachi, was named “Shaheda.” She stressed the first syllable and pronounced the middle vowel like a schwa. One day while she and her husband were tending the family liquor store, a woman in her early 20s sauntered in wearing a halter top with the same name picked out in big puffy letters.

“Ah!” Exclaimed the husband, beaming. “My wife is also a Shaheda.”

With much rolling of eye and neck, the customer put the foreigner in his place. “You say it like ‘sha-HEE-dah’,” she informed him. “I see,” he deadpanned back.

The name means “witness” and is related to shahid, the Arabic word for “martyr.” At least linguistically, Islam links the two concepts exactly as Christianity does; to boot, the official profession of faith is called the shahada, or “The Testimonial” — the essence of bearing witness.

If all of this sounds impossibly arcane and dull and not worth remembering, well, that might come as a relief to Arabic speakers everywhere who must travel by air. Southwest Airlines employees felt obliged to remove UC Berkeley student Khairuldeen Makhzoomi from a flight after a fellow passenger reported she’d overheard him use the word “shahid,” or “martyr” while talking on his cell phone to his uncle. She also thought she heard him say “inshallah,” or “God willing.”

The jittery traveler seems to been wrong about “shahid” and right about “inshallah,” which Arabic-speakers (and Muslims in general) often tack as a disclaimer onto hopeful predictions. Still, 50% on a spontaneous listening-comprehension exam ain’t bad, considering Americans are often thought to be stumped on any foreign vocabulary items beyond Autobahn, pensione, and pendejo, For good or ill, the Arabic language and culture, along with the tenets of Islam, are working their way into our national consciousness.

A little knowledge is said to be a dangerous thing, and the suspicion cast over the perfectly harmless Makhzoomi by a misheard word tends to validate that old chestnut. But – hell’s bells – we all have to start somewhere, don’t we? And my hunch is that many of us know more than we think we do. How many of the following words and phrases can you recognize, more or less?

Granted, even those of us who scored 100% would barely qualify, in the event of a Muslim takeover, for jobs as wily, picturesque street urchins. “High-ranking cleric! Security service! Your mother’s ****!” makes a poor sales pitch for pirated DVDs, after all. But it is the beginning of something. Our ignorance of Islam and the Arab Street is far from complete. We are aware, far more than the American Shaheda, that there’s an old and rich culture to get wrong.

I was seven years old when followers of the Ayatollah Khomeini seized our embassy in Teheran, which means I belong to the first generation forced to learn the distinction between Sunni and Shi’a Islam. Many Americans today are even more sophisticated. They have at least a vague idea that there is a strain of Sunni Islamic jurisprudence called Salafism, which finds one expression in Wahhabism. My parents’ generation grew up unaware that any such divisions existed. For my great-grandmother, Islam was Rudolph Valentino.

If our grasp of certain concepts is shaky, well, that very shakiness has led to meaningful dialogue. Consider the #MyJihad hashtag campaign, in which Muslims tweeted about personal spiritual wars, or campaigns against social problems like poverty. In the end, even skeptics had to concede that jihad didn’t necessarily involve slaughtering Greeks at Malazgirt or Parisians in the streets of Paris. That’s a great deal more than the average Buddhist knows about the Most Holy Trinity or the Gifts of the Holy Spirit. Indeed, it’s probably more than most New York Times columnists know about the same subjects.

If we want to learn more, new opportunities present themselves almost every day. At the end of last month, we read of how a Scottish shopkeeper named Asad Shah, a Muslim, was murdered by another Muslim, allegedly for posting too friendly an Easter greeting “to my beloved Christian nation.” Turns out the late Mr. Shah belonged to the Ahmadiyya sect. In The Independent, we can read a complaint from another Ahmadiyya member. Most Muslims, he writes, regard with the sect with suspicion because its members believe its founder and namesake, Ghulam Mirza Ahmad, to have been the messiah. This stuff gets complicated – dizzyingly so. That in itself is a lesson.

Probably this will offer scant comfort to Muslims fearful of having additional pains in the ass heaped onto air travel. As one who’s endured mis-profiling as a Muslim in THREE FREAKING COUNTRIES, I believe I’ve earned the right to offer my sympathies. But I hardly think these episodes, frightening and demeaning as they may be for those affected, represent the final word on Muslims’ position in American social and political life.

Two days after ISIS struck in Belgium, I walked into my local Circle K for my morning Diet Mountain Dew. Standing on line, I overheard the manager quizzing one of the clerks, a woman from Bangladesh, on the dos and don’ts of Ramadan:

“It really lasts for a whole month?”

“Uh-huh. This year from blahblah to blahblah.”

“And you don’t even get to drink water?”

To borrow a phrase from the French, the manager was Americaine de souche — American to the root. That is to say she was a hearty, milk-fed thing with sideburns like Pushkin’s. We live in a red state, where many voters hold Barry Goldwater in the same regard as the Ahmadiyya faithful hold Ghulam Mirza Ahmad. But there was no trace of hostility or suspicion in the manager’s voice, only admiration tinged with incredulity.

It was Bernard Lewis, I think, who observed that the modern history of Western-Islamic relations began with a bang – the explosion of the massive French three-decker Orient, set ablaze by Nelson’s fleet in Abu Qir Bay. It could be argued that the post-modern chapter began with two other bangs – the hijacked planes hitting the Twin Towers. Given the pretensions of Islam, Christianity, and Western civilization in general, this couldn’t be otherwise. What’s amazing is that, despite all the bangs, many of us are still looking for ways to understand each other and – as the insufferable bumper sticker has it – to co-exist.

Maybe familiarity will breed contempt. But I don’t think that’ll be the sum of its progeny. Christians and Muslims may turn out to have unexpected things in common. We Christians aren’t (yet) subject to widespread profiling, but we are biting our nails over threats to religious liberty. Anyone thinking seriously about the Benedict Option should take a hard look at Molenbeek. That, plus bacon and Easter Bonnets, could be our future, though — inshallah— it won’t come to that.

April 19, 2016 Je Suis -- I mean, Ich bin ein Jan Böhmermann
Recent Comments
0 | Leave a Comment
"Saint Joseph of Cupertino.'Nuff said."
John Stevens My Real Career: Fool in Christ?
"He did too much at one time and for the first time. Although you are ..."
Sherry de Bosque The Devil I Know
"Learn more. This was about facing the immortal soul and it's relationship with good and ..."
Sherry de Bosque The Devil I Know
"It took me a minute. But I understand, exactly. I lived in Honduras during that ..."
Sherry de Bosque A Palm for Romero, A Finger ..."
Browse Our Archives
Related posts from Diary of a Wimpy Catholic

Svendsen's Dissertation on Mary: 1. Preliminaries
Including Explicit Biblical Indications or Analogies for Mary's Universal Intercession and the...
view all Catholic blogs
What Are Your Thoughts?leave a comment