Come to Hexenfest ~ A Witchy Love-Fest of Art, Myth, and Magick

1994 Harbin Hot Springs in Northern California – We see before us a young Jenya at her first Pagan Festival: birds singing, children laughing, wine flowing, and about 200 naked dancing Witches. Bliss!

Some of y’all might have been there, too; might remember Ancient Ways Festival put on by Ancient Ways Bookstore (producers of Pantheacon). This fest ran for 24 years at this retreat center that was an icon of hippie/new age culture. The regular members and residents were sometimes quite startled by exactly what “mirth and reverence” looked like in their hot tubs, but there were others who found the love of their lives in those crazy days.

You can see why, when the AW Festival finished its run in 2010, Sharon started plotting on how to bring something like that into being again.

She put the idea to her good friend, Anaar, an exquisite dancer and artist, and the two of them decided to do something about it.

They came up with Hexenfest, a Pagan music and arts festival. Though they had the plan to eventually become a three-day festival, they started with a one-night club night in the Bay Area. It was gorgeous. And popular enough to keep going.

Hexenfest was originally envisioned as a hybrid between the Ancient Ways Festival and a music festival, but it has become so much more.

There is a lot of magick. Like a LOT.

Some of it happens in ritual, under the trees, with circles cast and entities invoked.

Some of it happens on stage as extravagant and powerful performers call forth their muses.

Some, over breakfast, in a tender conversation with someone you just met.

Musically, the festival focuses on bands in the goth, rock, metal, steampunk, paganfolk, mythpunk, and fairytale genres, though frankly, many of these folks defy genres. What they do have in common is their talent as performers and their ability to engage with the energy of their audience.

The dancers might perform cabaret style, or burlesque, and of course, we must have our gothic fusion! There’s a special performance Saturday night to include many of these gorgeous/fierce creatures.

Ok, Who’s Gonna Be There?

And let’s not forget the presenters. These folks come from many different traditions and present on subjects as diverse as Heavy Metal and the Occult (from Jason Mankey, of course) to Breaking the Gender Binary (with our Lasara Firefox Allen and Kanyon Sayers-Roods) to Hardship, Fear, and Power: A Deep Magick of Connection (yours truly). Other presenters include: Mariel Gonzalez, Angus McMahan, Jennifer ‘Hummingbird’ Teixiera, Tommie Star-Child, Ryan Smith, and Mako the Safety Shark with something for the kids! More on presenters here.

Don’t Answer Yet! You also Get:

Then there’s the Sacred Fire Circle. And the Mermaid Swim time. And the Clothing Swap.

But really, the best thing?

The best thing is getting to spend time with some of the funniest, kindest, most rock-n-roll people on Earth for three whole days.

Also, because I know that attending a new festival can be intimidating, especially if you don’t know anyone, I need to tell you that Hexenfest is one of the most welcoming places. In the years we’ve been going, we’ve ‘adopted’ many people who we’d only just met, brought them into the party, into the music, into the magick. And made such great friends.

So listen, the festival is coming soon. We’re in a larger location, with much finer facilities. We want you to come play and dance and get mythic with us in these new digs. So much so, that we’re offering a little incentive:  use the code GOTTHESPOT at registration and you’ll get 10% off!

Hexenfest happens this year from September 12-15 at Saratoga Springs in Lake County, California. For more info on the whole sheboozie or to register, go to www.hexenfest.net. 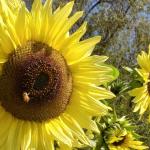 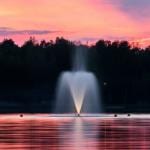 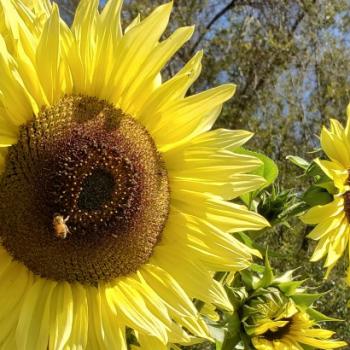 Pagan
What Does It Mean to Be a Dirt-Heart...
Dirt Heart Witch
TRENDING AT PATHEOS Pagan