Pakistan is as fantastic a vassal state as they come.  When it was behind US, it did whatever it took to make them happy.  In a bid to bolster Americans and their Cold War agenda, they literally lit fire to their whole society and neighborhood – with the beginning of Jihad.  Of course, the idea was that they will use the fire of that anarchy to do their own dirty work.  Now that fire is coming to roast their own society at every corner of the country.

But Pakistan and its establishment is unfazed.  In 1963, Pakistan first gave away 5,800 km2 (2,239 sq mi) of land in Kashmir – called the Trans-Karakoram tract to China.  Obviously, in lieu of lots of benefits – which I am still wondering what they were.  Well, one I know – Nukes and the “Do-it-yourself” kits, and also pressure on India.  But of course, when it came to the crunch, China would back off.

Recently however, Pakistan went a step ahead.  It gave the entire management of the Gwadar port to China.  Now, it is the largest port in Pakistan – situated in Balochistan – a mineral rich and even Oil & Gas rich area.  With the control over Gwadar, and having created the Karakoram Highway through the Karakoram, China suddenly gets access to the Middle East ports very easily.

Now, having given large amounts of land, and their largest port to a country, would lead to some good revenue for Pakistan right?  Keep dreaming.  China has Pakistan literally by their .. err… tails.  Why?  Well it seems that between 2008-2012 China’s Arms Exports to the world grew by 162% compared to the previous five years.  And which country is the largest buyer of Chinese Arms?  Yes, Pakistan.  You know how much of China’s Arms are bought by Pakistan?  A whopping 55%!!

“China’s rise has been driven primarily by large-scale arms acquisitions by Pakistan,” Paul Holtom, a research director at SIPRI said in a press release.

That means 55% of all the arms in China have an assured market in a vassal state called Pakistan.  As they say “Chinese ka daana paani chal hi Pakistan se raha hai” 🙂

Pakistanis lament that when Chinese do any projects in Pakistan, they don’t give ANY room to Pakistanis to earn any revenue.  They bring their own people, janitors, labor and even food!!  Even supplies they don’t buy from Pakistan.  Here is Tarek Fatah talking about it.

March 18, 2013
Science of Winning and Losing: People are wired differently; an interesting discussion
Next Post

March 19, 2013 Popedom finery is fine, but what does Christ have to do with Christianity?
Recent Comments
0 | Leave a Comment
Browse Our Archives
Related posts from Drishtikone 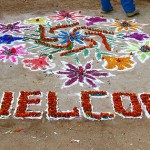