Full scale Skeletons and other parts are very expensive for students.  Now, a new technique, which is still in its infancy, promises to provide cheaper alternative easily.

“At Notre Dame, there are 100 kids in anatomy class and they have to share five skulls,” Matthew Leevy, the head of the Notre Dame lab where the technique was developed, told Wired. “For 10 to 20 bucks they could each have their own skull to take back to their dorm to study.”

They do so by taking a CT scan of an anesthetized rat and sending the data to a 3-D printer.

The idea to print skeletons from CT scans came from Evan Doney, an engineering student working in the lab of Matthew Leevy, who runs the biological imaging facility at the University of Notre Dame. ”At first I didn’t really know what the killer app would be, I just knew it would be really cool,” Leevy said. But he began to see new possibilities after striking up a conversation with an ear, nose, and throat specialist during an office visit for a sinus problem. “I actually got out my computer and showed him some slides, and by the end of it we were collaborating.”

Doney used several freeware programs to convert data from CT scans into a format that could be read by a 3-D printer. As a proof of principle, he and colleagues printed a rat skeleton in white plastic and printed a removable set of lungs in green or purple. They also printed out a rabbit skull.

So now something like a skull that would cost hundreds of dollars is available for much cheaper and can be taken by each kid to study individually. 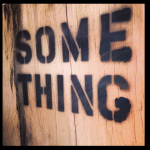 Hindu
Even Ancients had Heart disease and arteries clogged;...
Drishtikone

Hindu
Simple Bedside test to distinguish between a Stroke...
Drishtikone