Jiah Khan, a buddying actress in Bollywood, was recently found dead in her apartment in Bollywood.  The 25-year old’s body was found hanging in the apartment by her mother.  She had started her career in a very talked about movie, Nishabd, opposite Amitabh Bachchan.

From such a heady start to a lady in personal ruin, would have been a very tough and terrible journey.  In the aftermath of her death, many details are coming out, which suggest that her main issue in life was love life and then rejection as well as abuse by her boy friend, Sooraj Pancholi.  A person, who except for being a failed actor’s son has no other distinction as of now.

During this time, which was probably little over a year, she had been beaten up by Pancholi, as well as had an abortion from the relationship.  In a 6 page letter, Jiah had accused the guy of rape, threats and cheating.

Jiah is not the first celebrity or actress to have gone through an abusive relationship.  Many have.  For years.

There are a few aspects that intrigue and disturb one:  How come a successful (at age 18 getting a Ram Gopal Verma movie opposite Bachchan, is success!), beautiful and sexy actress who had her life of achieving heights in front of her, get into and continue a relationship with a guy who had achieved nothing, and probably wouldn’t ever?  Why did she not retaliate to abuse and the taking advantage of?  She wasn’t, after all, a poor, downtrodden village girl who was illiterate.

And even more importantly, why did she let the failure of a relationship mess up her life so much that she ended up committing suicide.  Humans, by nature, have a strong survival instinct.  The flight or fight instinct is ingrained into us.  So, if someone is willingly attempting to die, then the mental pain and anguish for that person must be so huge that the physical pain and danger of going to death seems lesser.

This brings us to the over importance that we have placed on our minds and thoughts.  Thoughts do not make us.  They are NOT existential in nature.  They are peripheral to our existence.  After all, those suffering from dementia also live long, and one might say from their perspective, very happy lives!

As Sadhguru Jaggi says very well, something to this effect – that the Universe is doing fine, the Solar system is running clockwork, the Sun and the moon are going around as they should.  The only issue is that the thought in you, and you being such an important person in the scheme of your things, makes you believe that it is a bad day.

The whole cosmos is fine.  Was fine when Jiah got the accolades for Nishabd and was fine when Sooraj Pancholi ditched her.  The only thing that had changed was the centrality of certain thoughts.  Her entire life’s experience and existence was colored, nay dictated, by the failure of one relationship!

Bad things happen, people abuse and are abused.  Jiahs of the world for whom one or two bad relationships define their entire life experience should be made to visit orphanages and slums and given a graphic account of the Holocaust or even the partition stories where our parents and grand parents came all the way totally destroyed, only to make a new, better life!

Letting a failed relationship’s psychological blow take precedence over the reality of the world is a shame.  A disgrace.  It points to a sanitized and cocooned life, which should get a grounding on the basics of life itself.  For example, there are enough kids – little kids – who have no parents, people have raped them and they have no food to eat in Africa.  If such kids talk of abuse and depression, one can understand.  But for someone like Jiah Khan, living in a posh flat in Mumbai (a city where people live in sewage pipes) and have everything that life has to offer, to take her life because someone acted like a moron, is sad, very sad indeed.

One part of parenting as well as growing up plan for all the young people should be to be amongst the most unfortunate in the society and also to weigh their issues in context of the overall situation in the world.  They themselves will seem so shallow.

So forget the Ivy league education for your kid, or for yourself, go ahead and give your kids, or yourself, a strong and ruthless doze of world’s reality, and you would have created a strong individual.

June 7, 2013
The month that was, while Drishtikone was in Transition
Next Post 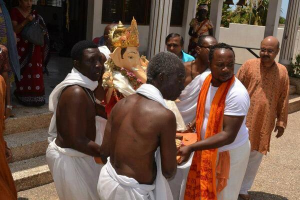 Hindu
"No Place on Earth": How a bunch of...
Drishtikone
TRENDING AT PATHEOS Hindu