Delhi: A City That Connects the Diverse

India’s capital New Delhi has seen it all.  Kings born, killed and thriving, traitors selling away the nation, poets of incredible eminence write and share their best works, pacifists and the most violent call it their home.  Over the last many centuries the city has expanded beyond what was the core of Delhi – the Old Delhi area.  The New Delhi with expanse on the West and South, where the refugees from partition came and trans-Yamuna area on the East with migrants from UP and other states.

Unlike Mumbai, Delhi had a lot of land around it and so the metropolis kept expanding.  So has the pollution and network in and around Delhi.  It is as if the smog and pollutants from core didn’t have a way to go away since they were ambushed by more of it all from all the sides.  Instead of going down, it has all increased.

Over the past decades, Delhi has done a lot to combat pollution – CNG based public transport and Delhi Metro.  Just the Delhi Metro – which connects Delhi to the nearby suburbs as well – has helped reduce pollution levels by taking nearly 4 lakh vehicles off the roads, cut annual fuel consumption by 2.76 lakh tonne and reduced pollutants by 5.8 lakh tonne a year (source).

In a hub-and-spoke model, Delhi has emerged as a city that has managed to connect and link many disparate cities in a large commercial monolith.  From services to trading and government to manufacturing, the NCR now has something to offer for every career.  In that one city, Delhi brings together people from so many backgrounds, states and languages.  You can find the lovely folks from North-east states in the Majnu ka Tilla area, while South Indians are concentrated around Munirka, RK Puram and WEA Karol Bagh.  There are Kashmiri, Gujarati and Maharashtrian socities in Rohini and Mayur Vihar areas.  Because of so many hues of India in one city, one tends to find taste and colors of many kinds.  It is common to find the North-eastern Momos, or Gujarati and Rajasthani thaalis or the many authentic South Indian restaurants in the city.

Like Tata Motors madeofgreat campaign, Delhi is one city that is truly “made of great”.  Although due to its greatness, it has had to suffer the cost of its own success as a diverse home to everyone who cared to call it his or her own.  In the coming years, if the governments can put aside their petty political ambitions and prejudices and focus on growth and well-being, then Delhi and the surrounding NCR could truly be one of the greatest urban expanse in the world! 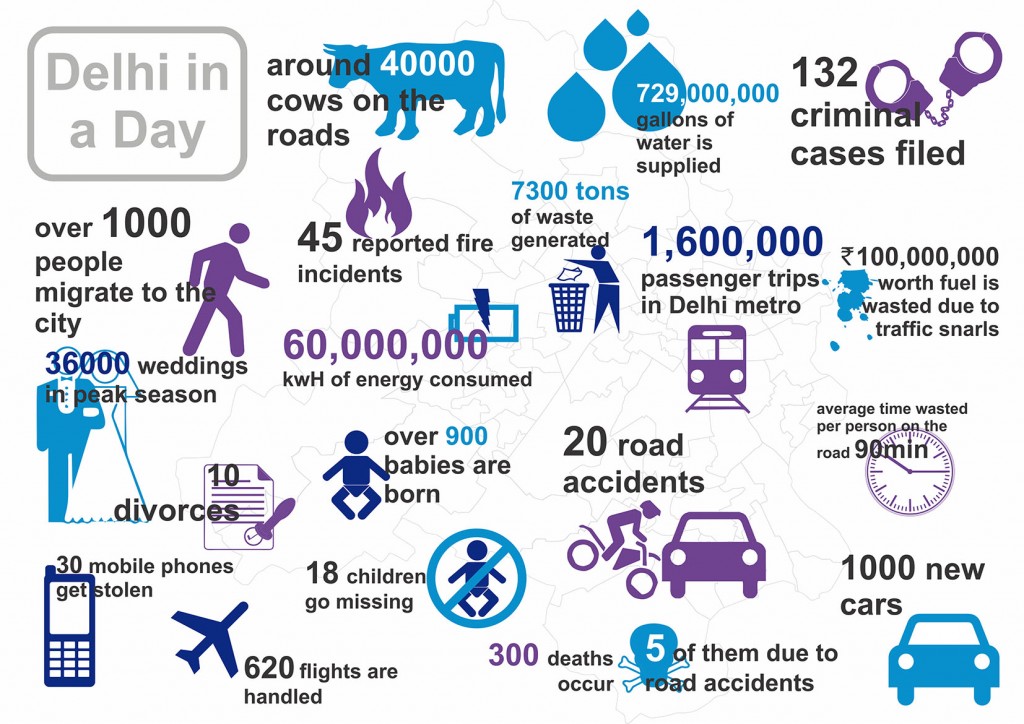 November 15, 2015
How the Historically Intolerant forces are now Preaching India and the Govt On the Virtues of Tolerance
Next Post