When You’re For Women, but Not a Feminist

Women in Yemen can’t leave their homes without a man.

Then there’s this, from the Middle East Quarterly:

“It is clear that Muslim girls and women are murdered for honor in both the West and the East when they refuse to wear the   hijab or choose to wear it improperly. In addition, they are killed for behaving in accepted Western or modern ways when they express a desire to attend college, have careers, live independent lives, have non-Muslim friends…choose their own husbands, refuse to marry their first cousins, or want to leave an abusive husband.”

And in 28 African counties, millions of women have undergone Female Genital Mutilation (You’ll have to look that one up for yourself. Warning: graphic and disturbing content will be found).

And it’s not just other countries. While American women have a tremendous amount of freedoms (as we should), there are problems here too. I’m from South Carolina, the state that has the ominous record of having the highest domestic violence homicide rates of women. This rate is far below what is seen in other countries, but that doesn’t mean we should stop working towards total eradication. We should fight against domestic violence, including homicides, through education, safe shelters, tougher prosecution, and more. We should continue to fight against sexual assault and rape. We should raise our girls (whether they are our children, our students, or our neighbors) to be capable, strong, and independent. And we should support bringing democracy and freedom to other countries so that women around the world can enjoy the same rights we have.

But I’m still not a feminist. I reject the label because it’s a loaded term. A term that is misunderstood and overused. A term that doesn’t bear much weight, in particular when action is not behind it. I reject it because it’s become a rallying cry for abortion rights, and not really for women’s rights. I reject it because feminists dismiss women who are pro-life or who choose to stay home with their children. I reject it because it’s often about dismissing masculinity and femininity, and claims equality while putting men down. I reject the feminist label because my identity is not actually as a woman, but as a Christian – that comes first and is the only label I want. And because I am made in the image of God, I’m definitely for women. But I am not a feminist. (By the way, I’m for men too.) 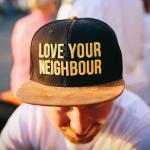 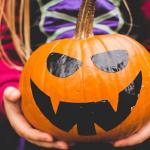