King Solomon didn’t play around. When his own mother (the infamous Bathsheba) asked him to allow his half-brother Adonijah to marry a woman named Abishag, the new King (that would be Solomon) had his brother killed. I wasn’t quite sure why, so I did a quick google search. As things started to clear up around the meaning behind these events, two thoughts occurred to me:

1) Envy and greed often cause us to try and make things work out like we desire.

2) It does no good to try and thwart God’s plans.

You see, Adonijah wanted to be King after his father David, so he tried to make that happen. When Solomon, the son who was destined to be King, found out, He took back the crown and spared his brother’s life. But, that wasn’t good enough for Adonijah. He wasn’t done trying to get what he wanted. His envy and greed led him down another path of deceit. This time, he tried to use Solomon’s mother by asking her to make the request to the King for him. For whatever reason, Bathsheba agreed (I’m thinking she didn’t really know the implications of the request). But, why in the world did Solomon give orders for Adonijah to be killed all because he wanted to marry Abishag?

Well, the google explains that he didn’t really want to marry this woman. Rather, he wanted a foothold into the kingdom through this woman who was a part of King David’s harem. First Kings 1:4 assures us King David was not intimate with her, but if his son married her, Adinojah could wind up inheriting the kingdom as only a King could take possession of a deceased King’s servants. Solomon knew the threat that his half-brother posed, so despite the blood relation, he had him killed. Kind of like Star Wars-The Force Awakens in reverse (That’s all I’ll say about that…no spoilers here!)

The reality is that there was no point in Adinojah trying to get around God’s plan to make Solomon the King because God’s will was going to be done…no matter how cunning Adinojah thought he was. The same is true for us. Our own envy and greed often cause us to try and force things to go the way we want them to. We want what others have. We want what others do for a living. We want their relationships, their looks…really, we want to live the lives God has planned for other people. Instead, we should live the lives God has planned for each of us. After all, it does no good to try and get around His plans anyway. In fact, like Adinojah, it can lead us down a path of destruction. 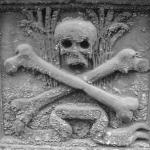 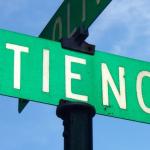