Why I Am Not Ashamed of the Evangelical Label

Why I Am Not Ashamed of the Evangelical Label April 3, 2018 Dr. Laurel Shaler

When I was a teenager, I disliked the term “evangelical.” It didn’t make sense to me – after all, Jesus commanded His disciples to go and make disciples. And while He was only talking to 11 men at the moment, the Great Commission applies to all Christ followers. I equated evangelical with evangelism, and since all Believers are called to be witnesses for Jesus (see Acts 1:8), there was no reason to differentiate between evangelical and non-evangelical. I believed all Christians shared the same basic understanding of the gospel and the same mission to share the good news with others. That made us all evangelical, whether we used the term or not.

As I became an adult, I started to obtain a better understanding of the various definitions of the term “evangelical” – and the hot button issue it has become. Here are a couple of definitions from Merriam-Webster[1]:

of, relating to, or being in agreement with the Christian gospel especially as it is presented in the four Gospels

But then came a great debate about the term. People started making up definitions for the term. Twisting the word into something that it’s not. Folks started equating the word “evangelical” with republican. After the last presidential election, evangelical became synonymous with “Trump voter.” (Although the stat that over 80% of white evangelicals voted for the President may not be completely correct.) In a nutshell, the word became far less about our beliefs about Jesus and His call for us to spread the hope of salvation to the ends of the earth, and more about culture and politics.

But, really, being an evangelical is not about where you’re from, the color of your skin, or who you voted for. It’s not even really about your denomination or church affiliation. Being an evangelical means you believe in the Bible. You believe that repentance towards God and acceptance of the atoning work of Jesus’ death on the cross is the only way to receive salvation. And you believe that telling others about the Gospel message of Jesus Christ as Savior is not only critically important, but required by God. Really, evangelism is a central tenet of being evangelical. So when it’s suggested that evangelicals stop using that term for fear they will be misunderstood or lumped in with groups they may not identify with, my response is that the cultural climate doesn’t get to dictate the definition of a word that literally means “gospel” and “good news” and has been used since New Testament times.

Christ followers – you can identify yourself as an evangelical Christian or you can simply identify yourself as a Christian. Either way, you – we –  cannot forsake the red letter words of Jesus in passages such as Matthew 28:19 and Acts 1:8. He has called us all to spread His message far and wide. Regardless of what is going on in the country and world around me, I will not be ashamed of the gospel of Jesus Christ. And I will be not ashamed to be called evangelical.  You have no reason to be ashamed either. 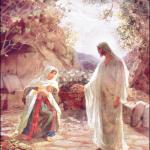 March 25, 2018
Why You Need to Hear About the Resurrection from Women
Next Post 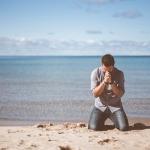