The Real Enemy Our Children Face

As a parent, there is a lot to be concerned about. The world is filled with scary stuff. We all watch the news, and know what our children are facing. They don’t even have to be said. Who really wants a reminder anyway? But, as my only child nears 20 months, I have figured out the real enemy our children face.

I know, I know. What makes me an expert on the topic as a fairly new mama? Who am I to tell the world that there is One. Clear. Adversary. that our  boys and girls will battle more than any other, and as a result, parents everywhere will be in the fight too. 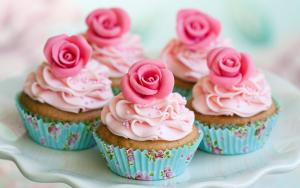 Seriously – WHO approved “that” author to place a beautiful picture of a perfect cupcake in a  book for babies? Thanks to you know who, my daughter became obsessed with this sweet treat before she ever had her first bite. She would not have even known what they were had she never seen this book with the two lovely liners, coifed mound of frosting, and sprinkles. Now, anytime she spots a cupcake, it’s all she wants. And even if she doesn’t see them, it’s all she wants.

Sometimes I cave and give her a few tiny bites of the burnt bottoms (blame my oven), but that does nothing to discourage her insatiable appetite for these precious little cakes. Nope, it makes her want them even more. Even without the frosting.

The sad thing is it’s already becoming a bribe. <sigh>

It’s also become another source of the word “No.” <double sigh.>

So, yes, it’s very clear to me that the foe we face is cupcakes. And to think how much I used to love them.  I guess that’s just another my daughter has helped me with my diet. Who knew cupcakes could be so scary. 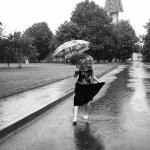 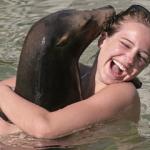 August 14, 2018 An Often Forgotten Gift
Recent Comments
2 Comments | Leave a Comment
Browse Our Archives
get the latest from
Evangelical
Sign up for our newsletter
POPULAR AT PATHEOS Evangelical
1