What We Can Learn From the Reaction to Senator McCain’s Diagnosis and Death August 25, 2018 Dr. Laurel Shaler

Senator John McCain died today. Brain cancer wasn’t the first battle McCain has fought. He served in the United States Navy – and was a Prisoner of War (POW) for five and a half years during the Vietnam War. What impresses me the most about his time as a POW is that he refused to be given preferential treatment – including an early release – just because his father was an Admiral (as was his grandfather). After retiring as a Captain in 1981, McCain entered into politics. 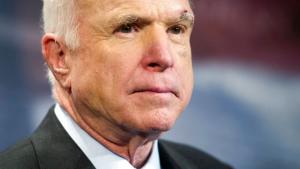 Through decades in this grueling arena, McCain has naturally faced a lot of opposition. In fact, he has not only faced criticism from the opposing party, but within his own.  (Which is okay!) Yet, despite the differences, many of the same people who have stood against him politically have expressed heartfelt condolences, prayers, and well wishes towards him and his family. (If you don’t join them, then please check your heart.)

Anyway, the polite (and seemingly genuine) responses got me thinking…

We can learn a lot from this kind of response.

Isn’t it “funny” that we can rake someone over the coals (often times vehemently so, holding nothing back), but when something tragic happens to our foe, our compassion suddenly comes on?

What if we kept that compassion turned on – even through our passion and disagreements– even when nothing “bad” is happening to those we disagree with?

I wonder what we might accomplish if we laid down the hate that we so often spew at those with opposite views, and treat them with dignity and respect…the same type of dignity and respect many (though not all) leaders treated Senator McCain during his months with brain cancer, and now in his death? Might we get farther not only in politics but in our relationships if we treated people with the reality that none of us is guaranteed our next breath? In fact, the generous and kind responses offered towards Senator McCain give me hope that things can improve – that politics and differences (even those that are deep seeded) don’t have to destroy us. Americans have a history of banding together after tragedy (Think 9/11). Well, why wait for the next tragedy to take place? Why not band together today?

Treating each other with compassion is a great start…and it doesn’t even mean you have to stop debating or disagreeing with others. What a concept! 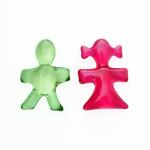 August 27, 2018 The Real Reason for the Jacksonville Landing Shooting (and All Others)
Recent Comments
0 | Leave a Comment
"Thank you for this. My mother passed away last fall, and this is my first ..."
Debi Edmund Mother’s Day is Hard When You ..."
"Thank you, Dennis. I am a single (divorced) 60 year-old childless Christian woman. Mother's Day ..."
Eileen Mother’s Day is Hard When You ..."
"I always say as I stated one Sunday on Father's day....you don't have to be ..."
Paulette Baker Mother’s Day is Hard When You ..."
"Billy Graham hated socialism and considered it Satanic. But Christianity Today, the magazine he founded, ..."
Roger McKinney Billy Graham was a World Changer. ..."
Browse Our Archives
get the latest from
Evangelical
Sign up for our newsletter
POPULAR AT PATHEOS Evangelical
1