Trinitarian Spirituality, 9: Cast of Characters, Better than a Russian Novel

Inside of the oldest church in Egypt

We have a significant cast of characters when we talk about 4th-5th-century controversies. It might be helpful if we first listed them up front, sort of like a Russian novel giving all the main players and their relationships in a list before the story gets started.

The interesting thing about really believing that God is involved in history, not just back then there, but in an ongoing way—speaking, acting, moving, informing, shaping, inspiring, calling—means that we should be able to look for God in all of these persons, even the heretics. God doesn’t raise up heresies to trip us, but he does—indeed he must if we believe he is Lord of history—move through all these events and conversations in ways that lead to his final purpose. So this is no melodrama, where the bad guys should be booed and hissed off the stage because they are thoroughly vile creatures. They are simultaneously actors—meaning active agents, participants—and instruments of God’s will. But perhaps that is going too far afield for now…

So, for this post, let me just list the characters that will star in the show, and give very brief introductions. We will meet them all more intimately as we go along. You may want to refer back to this post occasionally in the weeks to come.

Arius : (c. 256-336), an Egyptian churchman; we met him in the last post. Arius was quite concerned to preserve the Oneness of God, and thus found the divinity of Jesus rather problematic. Exactly how does One + One + One = One? He did not solve this problem by tossing out Jesus’ divinity, as a modern Unitarian might, but by redefining that divinity. So Arius insisted he was a Trinitarian, and used all the Trinitarian language, but he constructed a hierarchical divinity, where Jesus was something more than human and yet less than fully God. This was an enormously popular solution; it created a scenario where believers could give all kinds of praise to the Christ as the favored instrument of the divine, yet never complicate the monotheism and transcendence of the one true God. This solution lingers today in some form in Jehovah’s Witnesses theology.

Alexander : (d. 326), bishop of Alexandria in Egypt. Here is Arius’ first opponent, a fiery earlier defender of Trinitarianism as it had been believed and practiced in the first three centuries of the church. Since Arius probably outlived him by a decade or so, Alexander had a hard time keeping up with the work of rebuttal.

Eusebius of Nicomedia : (d. 341), a bishop and supporter of Arius’ thinking; he liked to emphasize the term “unbegotten” as the summation of God’s essence, which clearly creates an issue with the “only-begotten” status of Jesus. If Jesus is the “only-begotten,” does that mean that he had a beginning? That there is only One who, not having a beginning, is God?

Eusebius of Caesarea : (c. 263-339) [TWO Eusebiuses? Seriously?]; a notable church historian; he rejected Arius’ ideas, but couldn’t quite bring Jesus up to the level of God the Father, so we end up with a subpar God indwelling Christ. Clearly, he ended up more sympathetic with the Arian compromise than he did with the orthodox mystery.

Asterius : (d. 341); known as a philosopher and, having caved under persecution and sacrificed to pagan gods as a way to avoid death and torture, he was never allowed to hold church office. A significant supporter of Arius, he tweaked Arian thought in ways he hoped would make it more palatable to those orthodox nuisances. Tweak away, Asterius, but Athanasius is going to have you for lunch.

Marcellus : (c. 374); bishop of Ancyra (modern-day Ankara, capital of Turkey). Marcellus strongly opposed Arian thinking, but came up with a solution that ultimately was also unacceptable to orthodoxy. Nothing quite like forcefully opposing a heretic and then becoming one.

Athanasius : (c. 296-378), at first Alexander’s deacon assistant, and then successor as bishop of Alexandria. Though he had that position for forty-six years, he spent more than one-third of that time in exile, banished by Arian supporters, including the Emperor. It is famously told of Athanasius that, having been exiled for the fifth time, the Emperor said to him with exasperation, “Athanasius, don’t you know that the whole world is against you?” To which Athanasius replied, “Oh no, it’s Athanasius against the whole world.”

(We pause here to remember Basil and Gregory’s sister, Macrina, also a saint of the church. While we don’t have evidence that Macrina was instrumental in the Trinitarian resolution, take a look at their family life. Macrina was the older sister, and most reports have her undertaking the religious training of her younger brothers. Gregory talks about her with great reverence, and wrote a couple of treatises about her life and thought. Shall we really imagine that Gregory and Basil never had meaningful conversations with Macrina about the Trinity? That Macrina’s own deep spirituality had no influence on her brothers’ work? Um, I don’t think so. I’m herewith including her as one of our Trinitarian heroes, though a silent one.)

Augustine : (354-430), bishop of Hippo, in northern Africa, and famed author, theologian, and key shaper of Western Christian spirituality. (The Eastern church likes him too, but not as much as the West does. They have “issues” with some of his ideas on sin and grace. But again, not something for us to discuss here and now.)

(Another aside: Augustine’s mother, Monica, had an enormous influence on Augustine, and we cannot deny that some part of his thinking developed in conversation with her. Another silent participant.)

There are other characters in the drama, some major and some minor, and some of those will get introduced along the way, but these are the ones Anatolios identifies as the focus of his study, so for the most part, that’s where we’ll play too.

As we meet these theologians and writers, we might find their arguments petty or puny, and when we do, we must keep a spirit of humility about us. Their worldview and their philosophical presuppositions may not align with ours. Their arguments may sound too weird to be wonderful. The easy way out of all this is to just shrug our shoulders and say, “Well, no wonder they got their panties in a wad. They’re thinking in mental categories that we no longer care about or that we understand better. Therefore, their conversations are meaningless to us.”

Anatolios, our guide here, reminds us that the construction of creedal language gave voice to vital Christian life and practice, and that language serves us as well when we are willing to do the work of understanding why and how they got there. It is we modern Christians who all too often end up with a petty and puny faith when we abandon the great conversation of Trinitarian spirituality and its language.

Next week let’s actually talk about language. It’s so easy to misunderstand each other, especially when I’m speaking Greek and you’re speaking Latin.

May 31, 2012 Trinitarian Spirituality, 10: Suspicions and Semantics
Recent Comments
0 | Leave a Comment
"Magi: “We are astrologers.”https://youtu.be/AeWI5RcgOLs"
AntithiChrist The Adoration of the Magi: Our ..."
"once again, so beautifully done, Kathy!"
Emily Gibson The Adoration of the Magi: Our ..."
"Maranatha! Sounds like a potential book!"
Forrest Advent Darkness: It’s Not the New ..."
"no question there are glimmers - our house was full of them for a week, ..."
Emily Gibson Advent Darkness: It’s Not the New ..."
Browse Our Archives
get the latest from
Dry Bones
Sign up for our newsletter
POPULAR AT PATHEOS Progressive Christian
1

Progressive Christian
Dear Rev. MacArthur, do you think I am...
Dry Bones 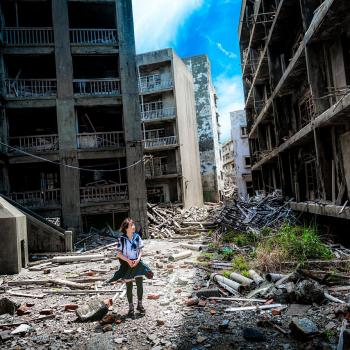 Progressive Christian
Taking, as He did, this sinful world as...
Dry Bones