Life in the Spirit: The Guiding God, Part 2

“The mind and soul of a mature man of prayer have simplified their gaze, and deepened and broadened their correspondences with Reality… Such a soul knows existence, is aware of the mysterious movements and pressure of the Spirit, in a way others do not.” ~ Evelyn Underhill

Last week I wrote about the Spirit of God as a divine Sherpa, a trustworthy companion and guide in life. (Not “the spiritual life,” whatever that is, but life. All of life. House life and work life; marriage life and singleness life; laundry life; grocery store life; school life; office life; social life. “Spiritual but not religious” is one thing, and its own problem, but most religious people really practice “spiritual but not relevant,” which is another, perhaps more insidious, problem.)

There is one character in the Gospels that sums up for me exactly what I’m looking for in life in the Spirit. Despite our differences—he an elderly Jew of the first century who lived in an occupied city at the far edges of an Empire, me a 21st-century middle-aged woman who lives in the heartland of an Empire (that seems to be going further off the skids every day!)—I want to imitate him. The Gospel doesn’t tell us much about him—ten verses total—but I guess it tells us just enough.

“Now there was a man in Jerusalem called Simeon, who was righteous and devout. … the Holy Spirit was upon him … It had been revealed to him by the Holy Spirit … Moved by the Spirit, Simeon went…” (Luke 2.25-35)

The Church has referred to this man as Simeon “the God-receiver.” And with that nickname, we get images like this early 19th-century piece by Alexei Yegerov, “Simeon the Godreceiver”:

As you can see, the artist interprets, as perhaps many have in history, that Simeon’s God-receiving took place when he scooped up the baby Jesus. And so it did, but it clearly also took place long, long, long before that.

Simeon is the epitome of timing. How can it be that he was in the right place at the right time to hold God in his arms? Sheer dumb luck? Mysterious coincidence? Divine appointment? No, nothing quite so serendipitous. Rather, Simeon was the kind of man who had lived a long life with the Spirit of God as his companion. He had lived life as a God-receiver. Thus, his whole being was attuned to life in the Spirit.

“Simeon was righteous and devout.” These words sound super pious and religious. We may imagine “righteous and devout” people today as spiritual prigs who need to get a life. Piety is an oddity in this world, and more a source of ridicule and pity than admiration. But these biblical terms merely tell us that Simeon was intimate with God.

“Righteous”: Simeon was in a face-to-face relationship with God, a relationship characterized by a true understanding of God and of himself. It does not mean that he was holier-than-thou, super religious, smarmy Bible-quoting, and smug. Pretty much the opposite of that. True righteousness means a deep knowledge of your own absolute need for and dependence on God.

“Devout”: Simeon practiced his righteousness. He cultivated rhythms of life that nurtured and fed his desire to be in relationship with God. He wasn’t passive in this relationship, but active, struggling, and persistent. For a long time. It’s hard to over emphasize in this world of the immediate that true devotion is indeed “a long obedience in the same direction” and that it involves a spiritual tenacity that refuses to get distracted by the lack of “results,” discouragements, failures, or dusty deaths of religious drudgery.

“Simeon was waiting for the consolation of Israel, and the Holy Spirit was upon him.” These aren’t two disconnected clauses. On the contrary, they’re tied together in ways that tell us a great deal about the business of being righteousness and devout. Simeon was waiting for the consolation of Israel, the expected act of God in history to bring new life to God’s people. The Old Testament is full of expectation, promise, hope, and these longings are all wrapped up in this idea of “consolation.” We read in Isaiah 40.1-2: “Comfort, comfort my people, says your God. Speak tenderly to Jerusalem and proclaim to her that her hard service has been completed, that her sin has been paid for, that she has received from the Lord’s hand double for all her sins.” Or, as one 19th-century rabbi cites it: “Comfort ye, comfort ye, my people, will say your God. Speak consolation unto the heart of Jerusalem; and call unto her…” (emphasis added)

To wait for the consolation of Israel is to be filled with holy desire as we long for the work of God in the world. The consolation of Israel is the fulfillment of God’s ancient promises, promises that include fullness of justice, human peace, the well-being of nature, the eradication of ignorance and degradation, and the death of death. A) Who doesn’t want that? And B) Who really thinks these things are going to come about through legislation, political strong-arming, or sheer “enlightenment”? This kind of consolation is a divine action, not a triumph of the human spirit. The Greek word for consolation is parakaleo, with the same root as Paraclete, Advocate.

The Spirit rested on Simeon; the Spirit made a home in Simeon. Simeon longed for the very things that the Spirit longed for. The inner attentiveness to the consolation, an echo of the Spirit, made it possible for him to receive the Spirit’s revelation. Revelations, you know, always take two.

“Guided by the Spirit, Simeon came into the temple…”

Simeon obeyed the prompting of the Spirit and came into the temple that day, at that time, just at the right moment to run into Mary and Joseph. And the Spirit guided him into truth about that peasant baby, told him what was to come, and made the meaning of Jesus known to him, enabling him to proclaim the Kingdom.

When I overlay Jesus’ teachings in John about the Spirit on this glimpse into Simeon’s world, this is what I see.

These are all exact parallels of the three points about Jesus’ teaching in last week’s post. And so, these are the images of Simeon the God-receiver that I like the best, the ones where he is receiving God in his vision as well as in his arms. Like Mary, before we can carry Jesus, we must be filled with the Spirit.

Last week I addressed a small group of people, several of whom were the proverbial millennials, about life in Christ. One young man came up to me later and said something to the effect that 90 percent of people his age never, ever even give these things a moment’s thought. That may be a draconian estimate, but the impression itself is real. So, we can grab our bullhorns and stand on the sidewalk corner to proclaim the gospel—cajole, threaten, browbeat, and righteously warn—or we can deepen our lives in the Spirit and move with the work of God. I recommend the latter. As Evelyn Underhill continues, “Because of its humble and disciplined communion with that immanent Spirit, such a soul has achieved a flexibility which can move to and fro between the inward and the outward, finding in both in the most actual sense the presence of a living, acting God.” 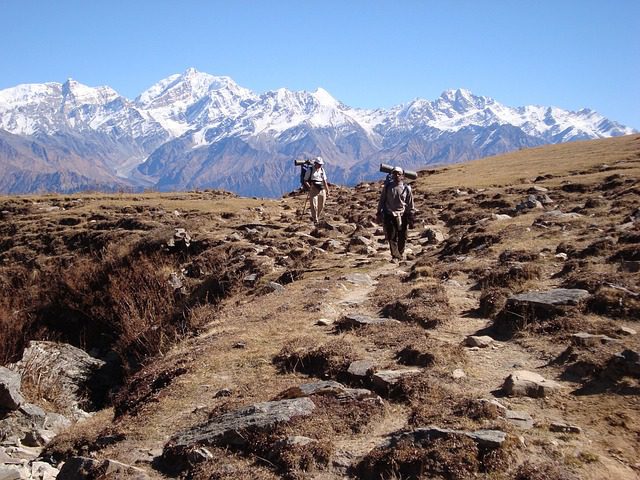 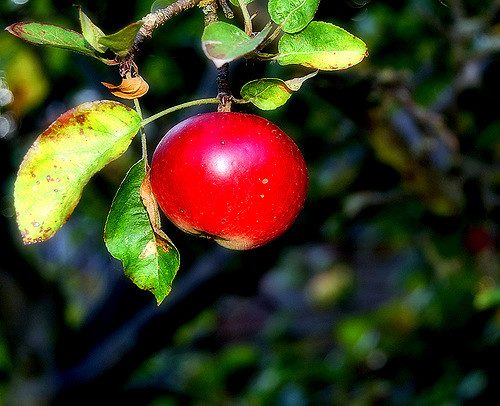 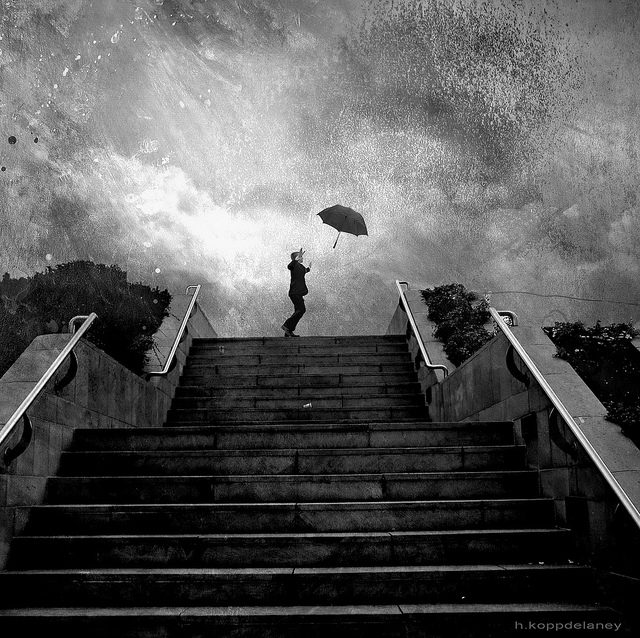 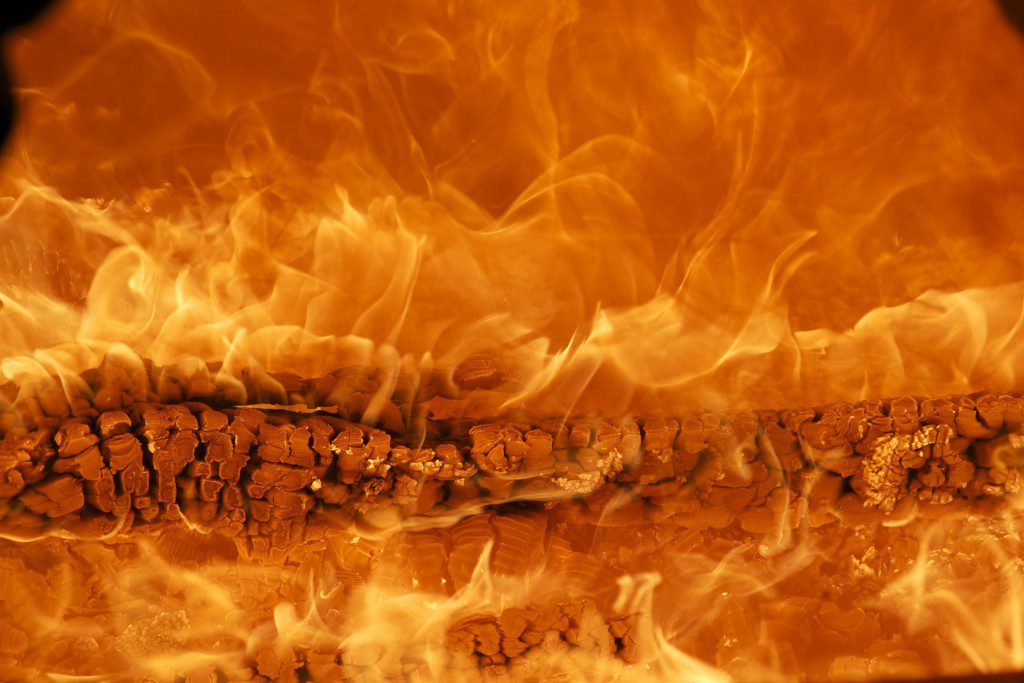