Taking, as He did, this sinful world as it is, not as I would have it 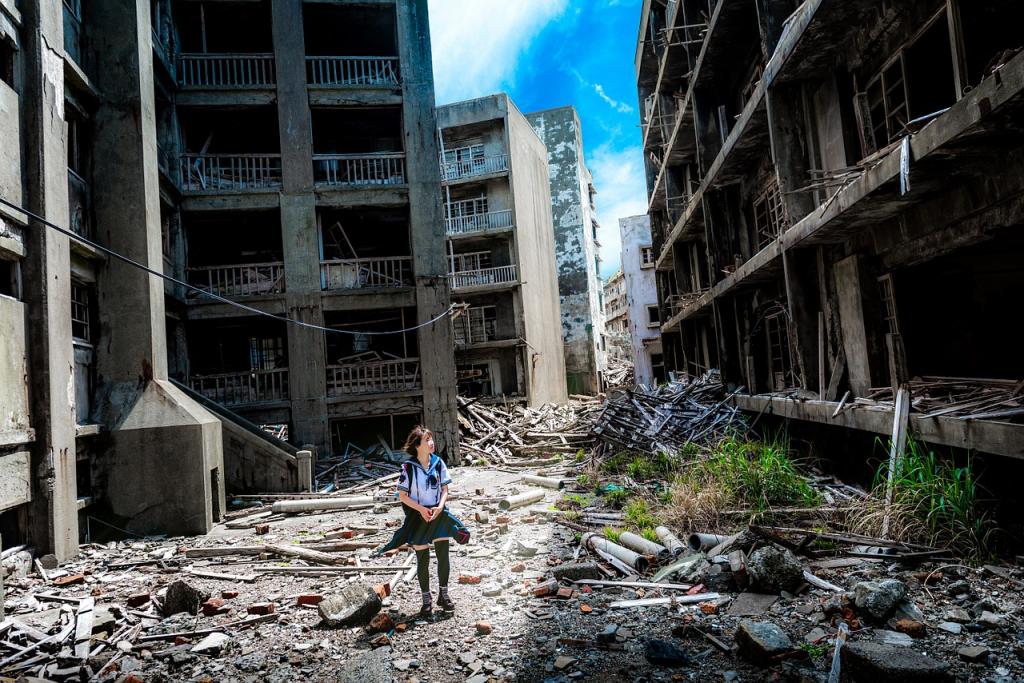 “Taking, as He did, this sinful world as it is, not as I would have it.”

This line from Reinhold Niebuhr’s famous Serenity Prayer keeps goading me. It compels me to face with honesty, and challenges my smugness in, my refusal to accept this world as it is, my absolute rejection of “as it is” and my insistence on “as I would have it.”

Sometimes my refusals and rejections are quite righteous, honestly. A couple at our church loses a newborn. A young California pastor loses his battle with anxiety and depression. Three local boys fall prey to violence in the last two months. National politics make everyone sick at heart. More than 4 million acres of wild land in Bolivia burn to the ground. In grief and perplexity, I reject all of this at the deepest level of my soul. I would have life! I would have healing! I would have deliverance! I insist!!

In fact, my insistence, my wholehearted rejection of this kind of senseless suffering, makes me feel virtuous, as though it’s a sign of some higher moral fiber or cosmic compassion radiating through my soul. I wrap my outrage around me like a banner of protest, and protest is where it’s at, right? Protesters are “woke.”

Dang. What a prayer of surrender and forbearance.

The word “surrender” seems at the heart of this prayer. It bids me surrender—not to reality, as though I just need to chant “om” and wait for “the disappearance of all obstacles”—but to God’s dealings with reality. And God does not wave a magic wand and decree the disappearance of all troubles, much as I might like him to do so. On the contrary, God absorbs obstacles, taking into himself the pain, the sorrow, the injustice, the wrongness of it all.

Augustine wrestled with this strange quality of divine love as well. “Now there are people who say, ‘Was there no other way available to God of setting men free from the unhappiness of this mortality, that he should want his only begotten Son, God coeternal with himself, to become man by putting on a human soul and flesh, and, having become mortal, to suffer death?’”*

Good question. Was there no other way? Say, an act of divine power, rewriting the creation code so that such sorrow is banished?

Augustine concludes that though “all things are equally within his power,” and thus that God could “wave the wand,” he chose not to: “Nothing was more needed for raising our hopes and delivering the minds of mortals, disheartened by the very condition of mortality, from despairing of immortality, than a demonstration of how much value God put on us and how much he loved us.” Though God could have freely declared forgiveness and made all reconciliation with a sinful world possible simply through his benevolent will, he chose to do it through justice. If he had done it through his will, it would have been an act of sheer power, and that would have played into the devil’s whole modus operandi.

“The essential flaw of the devil’s perversion made him a lover of power and a deserter and assailant of justice, which means that men imitate him all the more thoroughly the more they neglect or even detest justice and studiously devote themselves to power, rejoicing at the possession of it or inflamed with the desire of it. So it pleased God to deliver man from the devil’s authority by beating him at the justice game, not the power game, so that men too might imitate Christ by seeking to beat the devil at the justice game, not the power game. Not that power is something bad, but that the right order must be preserved which puts justice first. … Power, for its part, should follow justice and not precede it.”

Waving a divine wand of power and eliminating the conditions of “this sinful world as it is” without actually meeting the demands of justice—the clamorous demands that indeed such evil has been done that an edict of forgiveness alone cannot compensate for the pain, the suffering, the wrongness of it all—would never set things right but only sweep the shards of human suffering under a divine rug. A blanket forgiveness untethered to the burden of justice would perversely vindicate Satan’s act of power.

God, however, is too clever for that. “What could be more just than to go and face even death on a cross for justice’s sake? And what could be a greater show of power than to rise from the dead and ascend into heaven with the very flesh in which he had been killed? So he overcame the devil with justice first and power second, with justice because he had no sin and was most unjustly killed by him; with power because dead he came back to life never to die thereafter.”

So. Back to Niebuhr’s prayer. Its more famous lines are at the beginning: “God, grant me the serenity to accept the things I cannot change; courage to change the things I can; and wisdom to know the difference. Living one day at a time; enjoying one moment at a time; accepting hardships as the pathway to peace, taking, as He did, this sinful world as it is, not as I would have it; trusting that he will make all things right if I surrender to his will.”

God’s ways are complete, full of wisdom and rich in love and perfect in power. That wisdom, love, and power, however, are not coercive, but gentle; not compelled, but compelling; not bullying, but wooing. “Do you think I cannot call on my Father, and he will at once put at my disposal more than twelve legions of angels?” (Mt 26.53)

No, for me to take this world as it is, not as I would have it, means to walk in his footsteps. No calling down fire from heaven to purify the world of its scoundrels—physical and spiritual. (“Lord, do you want us to tell fire to come down from heaven and consume them?” [Lk 9.54] Oh how I wish the Lord had said yes, partly to satisfy my own craven sense of punishment and partly for the amusement of seeing James and John try. Seriously? They felt confident they could call a bolt of lightning from the heavens?]

Rather, we suffer the pains of this world “trusting that he will make all things right if I surrender to his will.” Perhaps not fast enough for our taste, but as we take them into ourselves, where they hurt and chafe and burn, we join our sufferings to those of Christ, who works justice—and forgiveness and power and wholeness and healing—in the world by taking into himself all the evil, all the injustice, all the horrors of our existence and undoing them to the end.

* Augustinian citations are all from The Trinity, Book 13, Chapter 4.

Image by Jordy Meow from Pixabay 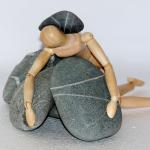 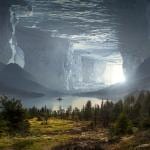 November 12, 2019 Dark Faith
Recent Comments
0 | Leave a Comment
"The author seems to ignore that Jesus of Nazareth was a Jewish Heretic..."
Kyllein MacKellerann " Unmoored Christianity: 12 “Anchor” Questions
"The prosperity gospel is in the Bible. It teaches work ethics and good business practices."
bill wald I Believe in the Prosperity Gospel
"In the New Testament (Matthew 2), we read of “magi” – likely Persian astrologers – ..."
Johanan The Adoration of the Magi: Our ..."
"Magi: “We are astrologers.”https://youtu.be/AeWI5RcgOLs"
AntithiChrist The Adoration of the Magi: Our ..."
Browse Our Archives
get the latest from
Dry Bones
Sign up for our newsletter
Related posts from Dry Bones 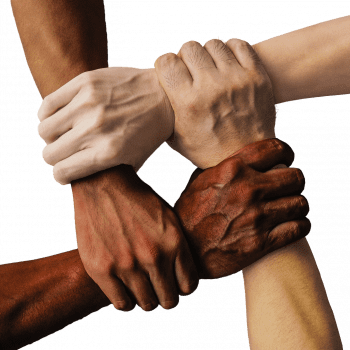 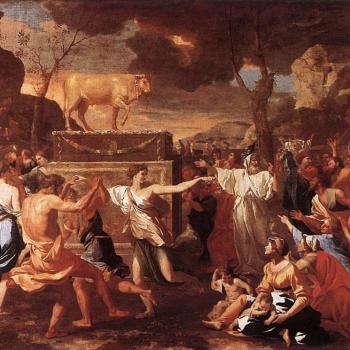 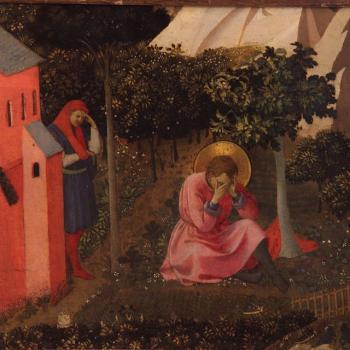 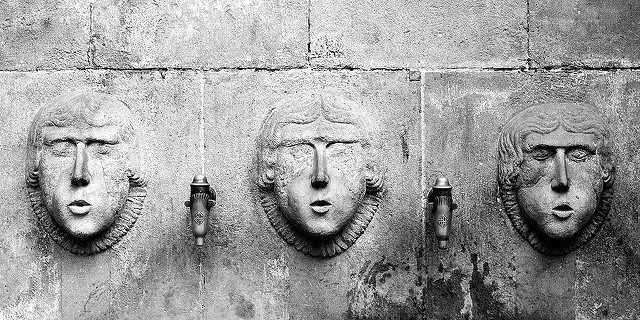 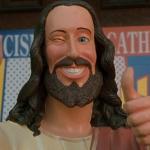 Why I Still Love "Dogma's" Buddy Christ
Recently, my podcast co-host Perry forwarded me an email announcing a new...