In my last piece, I touched on this wonderful passage from Zephaniah, which speaks of God’s emotion towards us: Zephaniah 3:17,

‘He will rejoice over you with gladness,

He will quiet you with His love,

He will rejoice over you with singing.’

As stated in the previous article, the Hebrew word ‘rejoice’ literally means to ‘spin around under violent emotion.’ The imagery is of impassioned dancing, while singing and shouting for joy. It is incredible to know that we can bless God so deeply he spins, leaps, dances, sings and shouts for joy. Such an image is a challenge to stern or remote images of God, but He does not fit in the boxes we craft. In the same way, God celebrates over all creation. Psalm 104:31,

Today’s subject, then, is the rich and varied emotional life of God.

Believers are usually pretty comfortable with revering God for his immortality, power and perfection, and so we should be. He is the creator, in whom we live and move and have our being. He is the Great I Am. But our connection with God should never have a single gear. If a person only focusses on the immensity of God, and on reverence for him, they will know little intimacy. If a person understands the great freedom we are promised in Christ, but knows no reverence, they will be without foundation, and float away on a breeze. To walk closely with God, we must be ever journeying, getting to know facet after facet of the divine nature. It is madness to think of him as less complex, less finely calibrated than ourselves. The shadow is not greater than the one casting it.

We can see the breadth of God’s emotions at work in the life of Jesus. Matthew 23:37,

‘O Jerusalem, Jerusalem, the one who kills the prophets and stones those who are sent to her! How often I wanted to gather your children together, as a hen gathers her chicks under her wings, but you were not willing!’

What do you feel when you read this passage? For me, it is Jesus’ deep, painful longing for his people, frustrated and saddened by their rejection of the prophets God sent to speak on his behalf. He longed to give them the best, but they chose to shun him, and his heart mourned that loss of relationship.

Emotions were more than just feelings for Jesus – they were a moving part in his daily actions and decisions. Compassion, for example, drove him to acts of kindness and mercy, such as healing the sick. Matthew 14:14,

‘And Jesus went forth, and saw a great multitude, and was moved with compassion toward them, and He healed their sick.’

Healing was probably the most prolific aspect of Jesus’ ministry, because God is moved by our plight. Jesus’ heart yearned to relieve his people of suffering and, knowing this compassion, directed his energies to its cause. I can only imagine he also shared the joy of each person who found themselves healed of their ailments. His heart must have rejoiced with the lame, as strength flooded into long-atrophied limbs and they abandoned their mats, walking and leaping and praising God.

If compassion motivated Jesus to heal, his other emotions were similarly causal. John 2: 13-17,

‘When it was almost time for the Jewish Passover, Jesus went up to Jerusalem. In the temple courts he found people selling cattle, sheep and doves, and others sitting at tables exchanging money. So he made a whip out of cords, and drove all from the temple courts, both sheep and cattle; he scattered the coins of the money-changers and overturned their tables. To those who sold doves he said, ‘Get these out of here! Stop turning my Father’s house into a market!’ His disciples remembered that it is written: ‘Zeal for your house will consume me.’

It’s easy to read these passages through a milky haze of familiarity, but Jesus wasn’t acting dispassionately, in a studied and deliberate manner, to make a point. He was driven by emotion. Consumed by zeal, he violently drove the merchants out the temple with a whip of his own making.

Jesus knew ordinary, everyday emotions too, such as pleasure and friendship. There was a particular disciple he was closer to than any other, on a human level. John is referred to as ‘the disciple that Jesus loved’ on several occasions, and was depicted leaning back on Jesus’ chest at the last supper to ask him a question. On the cross, Jesus charged this same disciple with looking after his mother, and his mother with looking after this disciple. John 19:26-27,

How human! How relatable! On the day of his death, he was concerned about those he was leaving behind, providing for their emotional needs by calling them mother and son. How dear, how important, this must have been to Jesus, in that moment.

In his complexity, the Lord knows all human emotion, including difficult feelings like regret. There are a handful of passages in the Old Testament where God expresses regret – not an emotion often associated with divinity. 1 Samuel 15:10-11,

‘Now the word of the Lord came to Samuel, saying, “I greatly regret that I have set up Saul as king, for he has turned back from following Me, and has not performed My commandments.”’

Divine regret is an interesting concept, as it challenges our understanding of infallibility. Certainly, we mortals relate regret to either poor choices, bad luck or lack of knowledge – ‘If I knew then what I know now, I wouldn’t have done it.’ But God was fully cognizant of every one of his actions and choices, and still found himself regretting some of them. For God to feel regret, he must therefore be vulnerable to our choices. Free will must actually be free, and poor choices on our part can cause divine pain. The Lord gets upset and frustrated, just as he is pleased and delighted by us in turn. The only way I can make sense of this vulnerability is as a deliberate, sovereign choice. The Lord of All could have placed himself above such feelings, but instead he chose a version of creation in which the choices of his children affect him. God has sovereignly chosen to make himself vulnerable, in that he experiences difficult and negative emotions, along with great joy and delight, in response to Earthly events.

There was no time when the emotions of God were stretched like they were in the Garden of Gethsemane. Luke 22:41-44,

‘And He was withdrawn from them about a stone’s throw, and He knelt down and prayed, saying, “Father, if it is Your will, take this cup away from Me; nevertheless not My will, but Yours, be done.” Then an angel appeared to Him from heaven, strengthening Him. And being in agony, He prayed more earnestly. Then His sweat became like great drops of blood falling down to the ground.’

This was a man in torment, able to prevent his own suffering but choosing to embrace it anyway. He was desperate to escape the agony of the cross – not just the physical pain, but the spiritual horror of becoming all human brokenness, for our sake – and yet he bowed his head. This total mastery of self serves as a supreme example to us. If Jesus were not a deeply emotional person, mastery might have been easier, but being torn up inside and still submitting to God? That is staggering, to me.

We see this mastery at work throughout the most trying period of his life, in the lead up to his crucifixion, and in the event itself. Surely he was not without feeling, when he passed the sop to Judas, and his once-faithful disciple left to betray him? What feelings would the Creator have known, when his own creations pierced and tortured him, spat upon and mocked him? I cannot believe he was riding high above it all, maintaining a theological distance between himself and what was happening. Jesus was in the moment, feeling every pang, and yet managed to refrain from spite. The Man of Sorrows, who was so appallingly treated by those he was sacrificing himself for, did not even sin in his thoughts – never wished harm, never cursed, never judged those who with contorted, furious faces, bayed for his blood.

This emotional God, who even from the perfection of Heaven knows anger, pain and regret, exposed himself to further vulnerability by becoming human, and being tested in every way we are tested. He understands us in every way.

In our emotional complexity, we are not that different from our creator – we are made in his image after all. And so when we approach the throne of grace, on which sits the Holy One, let’s also remember we approach the Man of Sorrows, the best friend of John, the one who wept at Lazarus’ tomb, the son of Mary, the one whose compassion drove him to heal the suffering, the man who drove merchants from the temple in a fury, the God who delights in all his creation, who knows satisfaction and joy, who spins, leaps, and dances over us, with shouts of joy and singing.

Lord, release us from emotional stagnation and barrenness. Save us from inertia. Let us, like you, have life, and have it to the full. Amen.

October 29, 2021 Let Your Kids Enjoy Halloween
Recent Comments
0 | Leave a Comment
"LeCharacters are my favorite parts.C"
Discover Hope Entering the Promised Land
"The teachings of the Lord Jesus Christ and the Scriptures command us to abstain from ..."
Tony Loving the Other
"You equate the democratic socialists of Western Europe with Stalin?"
Silverwolf13 Is Prosperity Biblical?
"Look at the workings of the British East India Company and the colonial regimes in ..."
Silverwolf13 Is Prosperity Biblical?
Browse Our Archives
Related posts from Duncan Edward Pile 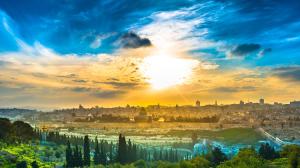 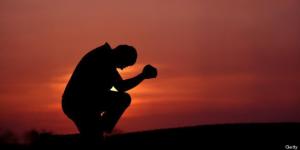