Does the Devil Exist?

It seems like everything is being put to the question these days. It is tempting for Western, modern Christianity to reshape itself according to its cultural context, and to some degree that is a good thing. Faith should always be relevant to the people it’s meant to help, and it’s bizarre to ask new believers to abandon all scientific knowledge and think like someone who lived 2000 years ago.

That said, Westerners sometimes live with the conceit that their experience of the world is more definitive than the experience of those who live in other cultures. Life as we know it in Europe and the USA is individualist, tends towards isolation, driven by materialism and denuded of spiritual substance. We live in a post-‘enlightenment’ age, in which faith in the supernatural is largely derided. It should be no surprise that this attitude has leached into the Church, leading to the ‘reframing’ of supernatural elements of faith.

I have the advantage of being an ex-missionary. I spent a lot of time in SE Asia, among other fascinating places, where attitudes to spirituality are not tamed in the same way. There are some things I can’t unsee, experiences I can’t forget, and they don’t allow me to reframe either the miraculous or the demonic so comfortably.

Experience of the demonic

My friends and I were in San Fernando, Philippines. It was our day off, so we decided to walk into town and share the Gospel with anyone who was interested. Ten minutes into the walk we came across a gathering on a street corner. It was the intersection of several dirt streets, with an open area of dusty ground and a small stand selling coca cola. Around us were rustic homes constructed from tree fibres.

We stopped and began to talk with the locals, and I was soon engaged by an old, staggering drunkard, wearing a large medallion – a carving of a snarling, demonic face. I’d seen plenty of similar items in the UK but they’d always struck me as harmless, gothic accessories. This was different. Just looking at it made me feel sick.

The old man grabbed my arm, and the nausea intensified. Suddenly he wasn’t drunk anymore. I began to retreat but he came after me, seeking to touch me again. I became frightened. Every time his skin brushed mine I felt another wave of nausea, and an intense sense of spiritual oppression. It was clear the old man was aware of the discomfort he was causing me. His eyes were cold and hard, staring at me with a hatred so intense it was palpable. He raised a bony finger before my face.

“In…your…HEAD!” he barked, stabbing my forehead with his finger. I ran, chased by his cackling, until I found a group of friends. I ducked into the middle of them and squatted on my heels, arms wrapped tightly around my knees. I was literally hiding, utterly terrified.

I knew what I’d encountered. Back in the UK, I’d cast out a couple of demons. I knew the look in a person’s eyes when possessed. It’s like nothing else, but I wasn’t afraid of them until that moment. I believed they were triumphed over at the cross, and had no power other than that which we lend them, but I’d never encountered a person utterly given to possession – like the man in the Bible who had a whole legion of demons within him. Now I had, and the encounter had shaken me to my core.

My friends calmed me down, and a good look around told me the old man had gone, so I went to the Coke stand to get a drink. There was one customer already at the stand, and as I placed my order, I realised it was the same old man. I have no idea how I failed to spot him. He saw me, and broke into a broad, nasty leer. He got into my space, and banging the heel of his palm rapidly against his chest, said:

“Why is your heart going boom boom boom?” For the second time that day, I ran, and this time I didn’t return.

Second story: Some friends and I were ministering at a church in Manila. During a meeting a girl doubled over, crying out in pain. She was clutching her chest, just below her left collar bone. Everyone gathered round her, praying for her to be healed, but I was on the far side of the room and there was a ring of people between she and I.

One of the gifts of the Spirit is the discernment of spirits, and in that moment, I knew beyond knowledge that her pain was the result of demonic oppression, rather than illness. I was filled with power and authority and knew I had to act, so I crossed the room, asking people to move aside. The ring of praying folk around her parted, and on reaching her, I placed my finger on her collar bone, and said:

Instantly, she gasped, collapsing in relief. She’d been having these attacks for some time, and even had a diagnosis for them, but the pain was instantly and completely gone. This wasn’t a ‘out of ten, how do you feel?’, before and after kind of comparison, which can be manipulated to make something seem like more than it is. One moment she was in agony, crying out in pain, and the next she was completely free of pain. She was utterly astonished.

So, what to make of the above? Each situation can certainly be explained in modern terms. The old man might have been a master of human behaviour, and sensing my vulnerability, decided to prey on me. Or perhaps we were both deluded. Maybe there is no God, and no Devil, and human beings are capable of manufacturing all manner of intense inner experiences we then label as spiritual. Maybe we were both complicit in a mutual delusion, playing for imaginary teams in an imaginary game.

In the second scenario, perhaps my conviction was enough to persuade her she was set free, and the placebo effect resulted in the sudden cessation of pain.

It’s possible to explain anything away if you try hard enough, but why do we feel the need to do so? It is also possible that there is a God, and that evil spirits oppose him, seeking to harm the lives of those he loves.

The consequences of denying the Devil’s existence

There is much that believers lose if they no longer believe in the Devil, or evil spirits. 1 Peter 5: 8-9,

‘Be alert and of sober mind. Your enemy the devil prowls around like a roaring lion looking for someone to devour. Resist him, standing firm in the faith, because you know that the family of believers throughout the world is undergoing the same kind of sufferings.’

‘Submit yourselves, then, to God. Resist the devil, and he will flee from you.’

Let’s say the Devil exists, but we’ve been busy talking ourselves out of it. Perhaps we grew up in the West and never had the kind of encounters I’ve described above. Perhaps our post-enlightenment culture has drained society of spiritual sensitivity, and elements of the Church have lost their way on this. Maybe we’ve only known conservative evangelicalism, and have not dived into spiritual gifts and divine intimacy.

What if you have an enemy, but you don’t believe he exists? A person in that position takes off their armour, abandons readiness, and stands vulnerable to attack.

The importance of spiritual warfare

When I pray for others, I rely on the leading of the Spirit to know how to pray. At times I know to pray for the mercy of God, at others for grace, and yet others I know to go to battle on their behalf, praying in power and authority against spiritual forces trying to harm them. This spiritual dimension is essential to the dynamics of effective prayer, and to Christian faith in general. I’ll tell you this much – if you’re going through trouble, these are the kind of believers you want praying for you. Good wishes and warm thoughts achieve nothing.

I fear we are busy pouring out the baby with the bathwater, reshaping Christianity in an image so far from the life and ministry of Jesus it becomes something else altogether. My prayer is that we are not so deceived by our own importance and cultural perspective that we deny the spiritual side of life, including the darkness we are called to resist. Where we’ve replaced spiritual activity with softly-spoken ponderings and general niceness, I pray we will get real. 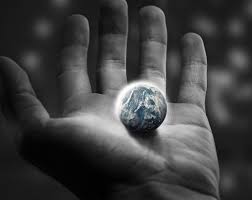 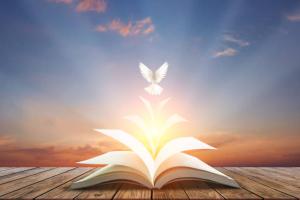 Evangelical
What Jesus wanted his disciples (and us) to...
Duncan Edward Pile 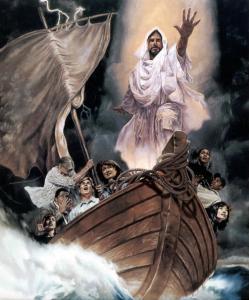