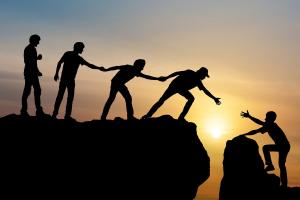 Two recent experiences have made me realise that we are not subject to the whims of whichever society we are part of, but with conscious effort can build any kind of community we want.

The first of these was watching Trainwreck on Netflix, which is about the catastrophic unfolding of Woodstock ’99, during which the crowd of angry young people tore the place down, set everything on fire, and embarked on a campaign of untrammelled destruction. People were maimed and women were raped, and in the end the state troopers came in to shut the rioting down.

A number of factors combined to create this perfect storm:

The second experience came in the form of a new job, working as a copywriter for an international youth charity. The environment is great – really welcoming, respectful, and compassionate. Everyone I’ve met so far loves their jobs because they genuinely care about the young people they (and now, we) serve. The charity goes far beyond creating its own positive culture; it exists to help young people (and especially vulnerable young people) develop themselves and become a contributing member of their own community. The end result of all the work we do is layer upon layer of community, each contributing positively to the whole.

At the end of my first few weeks in the job I paused to take stock, and realised that any group of people can establish a community and a culture, and that sub-culture then influences wider culture. This is an extraordinary human ability which can serve as a vehicle for either compassion or judgement.

What about the Church? Having lived around the world and worked as a missionary, I’ve seen the inner workings of dozens of congregations, and won’t attempt to generalise due to extent of variation. I’ll just give a few examples from across the spectrum. The experience of church I found most positive was an experimental Christian community, meeting in a local, historic building. This group of believers were mostly on the journey of deconstruction and reconstruction. We supported each other well, and enjoyed an array of different devotional activities, from prayer and Bible study to meditation and creative worship. The key ministry the group did was street pastor work, which meant going around the city at night helping out vulnerable people who were lost, drunk, upset, abandoned, and helping them get home safely as well as offering friendship. All in all, it was a wonderful time of fellowship and friendship, and everyone who wanted to be part of it was welcomed and included.

On the flip side, I was once a crew member of a missionary ship that went from port to port, delivering outreach programmes. The culture on the ship was among the hardest and coldest I’ve ever known. The crew was run down, overworked, getting sick on starchy, stodgy food, and told over and over that they were worthless sinners, sent to serve. The environment demolished any sense of wellbeing and positivity, and few I know proved impervious to its impact.

Once I worked a full month without a day off, until finally I could claim all 4 (1 day off per week) at once. On the second day off work, I was approached by an angry member of the leadership team, demanding to know if I intended to take all 4 of my days (the implication being that I should give up my free time and go back to work). When I told him I did intend to use all 4 days, he shoved a scripture in my face, which said ‘carry each other’s burdens’, rebuked me publicly, and stormed off.

It wasn’t his fault, or at least not in the main. The ship’s culture was so demeaning and abrasive that people like this guy, who had a terrible self-view, became shrunken, angrier versions of themselves. My experience of this pervasive heaviness was consistent throughout the time I spent on the ship, so my friends and I sought out private comfort by breaking the curfew rules and hiding out, playing cards in a greasy engine hold each night. They are still among my closest friends to this day.

My point is simple: if community is something we build by mutual consent, then we have control over where it’s going. Every church can make the choice to inject all they do with compassion and grace, welcoming those that society might reject, supporting those who are vulnerable and need more help than most. Rather than carry on with our own programmes, we can perceive and meet needs of our local communities. What needs do you come across where you live? Does your church meet that need, and if not, is there a way to make that happen?

And of course, communities need maintenance. Programmes can fall apart, relationships get fractured, key people can leave. What can we do to stay nimble, making sure that above all we are reaching out with compassion to the world around us?

What checks and balances does your church have in place to ensure it is compassionate and mobile?

How relevant to your local community are the ministry and service offers your church extends?

How are we doing on the compassion front, and how can we deepen that offering?

Whose needs are not being met by the church? How can you bring them in? 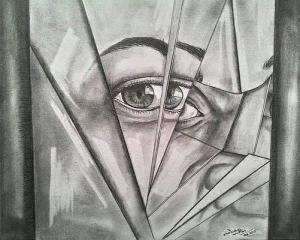