Comedian Reilly Armstrong’s wife recently gave birth to Everly, a healthy, precious little girl.  In celebration, I composed this little ditty for the newest little dictator of the Armstrong household:

Everly, welcome to the world, your majesty.

Your parents bow before ya,

And work hard not to bore ya

You’re the center of the whole galaxy.

You think you’re the cat’s meow,

But we should have a pow-wow,

‘Cause you take this princess thing too seriously.

Everly, you’ve got no real responsibility.

Your life is very cushy,

So how come you’re so pushy?

You think your daddy’s a valet,

And your momma’s just a buffet.

Your parents rue their fertility.

Everly, we must address your irritability.

If you’re not sleepin’ you are yellin’

‘Cause your tired of maybe smellin’.

You’ve turned your parent into slaves so cleverly.

We don’t know, but your real cute so we put up with it.

Everly, it’s gonna be like three years til you’re three.

Do you think you could just chillax, and not break all our knick-knacks?

Just skip the prima donna and not do all the drama.

At least until you reach puberty?

At least until you reach puberty?

We’ll sing this all again when you reach puberty.

Comedian Michael Jr. joins the show to offer a public service announcement to all his white friends who need to be released from doing something that they may not even be aware of.  They don’t have to do it again… ever:

The next time a white person meets a black person for the first time, you don’t have to let that black person know that you know another black person.

Michael Jr. has also noticed that there’s a real need for great clean comedy.  Or as he puts it:

Finally, Comedian Nazareth call into the show to talk about raising teenage boys in a Godly home.

How do you raise a teen to be both an upstanding Christian man and be street smart?

One method:  teach them that if someone hits you, you take his wrist, turn it around behind them, slam him up against the wall, grab them by the neck and tell them, “Listen.  I forgive you.”

Another:  “If someone breaks into your home and steals from you, report him to the authorities, bring him to court with all the evidence pointed at him and say to him, “Listen.  What else do you want?” 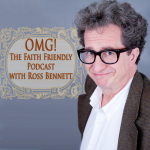 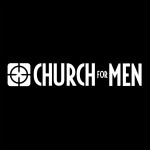 April 22, 2014 Church for Men 16: Where Are the Peters in Church Today?
Recent Comments
0 | Leave a Comment
Browse Our Archives
get the latest from
Christian Podcast Central
Sign up for our newsletter
POPULAR AT PATHEOS Evangelical
1