My teenage son struggles from a condition that I call “Teen Deaf”. It affects his ears and mostly his brain. According to my mother, the condition is hereditary, though I haven’t confirmed from two independent sources yet.

An example of this condition:
I tell him, “mow the lawn”.
He replies, “Uhh… I don’t know what you mean.”
“I said, ‘mow the lawn’.”
“I don’t understand.”
“Take the lawn mower. Start it. Push it over the lawn in an overlapping pattern, thus cutting the grass shorter and giving our neighbors the impression that we don’t raise cattle.”
“These sounds… I see your mouth moving and making noises, but your utterances have no meaning. Let me text my school chums and see if we can’t figure this out as a group. I’ll be back to you in a couple of days – three tops. Farewell and God speed, indecipherable parent!
“Son… I’ll pay you.”
“Thanks, Dad!”

So, I guess money can heal “Teen Deafness”.

But, there are times in life when I need him to do things without me paying him. So, I started using sign language. For instance, when I need him to take out the trash, I point to his little brother and then point to his bedroom, which translates into, “If you don’t take out the trash, I’ll make your brother your permanent roommate.” This seems to break through the Teen Deaf and gets amazing results.

Then, comedian Wil Twynstra calls into the show. Now, Wil is a “proud” Dutch-Mexican, or “Dutchican”, as he puts it. There aren’t many of his type around, and he finds the stereotyping a bit frustrating. The myth that he and his people would cross the border in the middle of the night and plant tulips is just plain wrong. And it’s hard for Wil to find a role model. In fact, while traveling recently through the Great State of Georgia, Wil discovered the “El Cheapo” Gasoline Station. Which got him thinking: If ever there were a Dutchican superhero, his name would probably be “El Cheapo”!!

And finally, Carlos Oscar joins the show this week from Phoenix, Arizona. Carlos and I are part of the organization Free to Laugh, which raises funds and awareness to fight human trafficking and sex slavery. It’s an odd combination of such a serious issue and comedy, but as Carlos says, it’s working and we’re making progress. If only it received the level of attention that it deserves. One thing is for certain, though: Carlos freely dishes out the laughs no matter what venue or crowd he is surrounded by. Even while discussing such a dramatic topic as human trafficking, he’ll have you busting a gut! 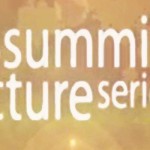 August 14, 2014 Reflections of Grace 42: Living From the Heart 5 - Your Callings
Recent Comments
0 | Leave a Comment
Browse Our Archives
get the latest from
Christian Podcast Central
Sign up for our newsletter
POPULAR AT PATHEOS Evangelical
1