Jesus’ Leadership Manifesto – Welcome to the Upper Room, and Jesus’ farewell address to His beloved disciples.

As you are about to hear in this PODCAST, as we break the seal on this, Jesus’ final night before the crucifixion, I do so with something of a lump in my throat and the pinkish hue of embarrassment upon my otherwise rosy cheeks. This because this particular portion of the grand story of Jesus’ life and ministry hits me most personally. And if, as they say, “Confession is good for the soul,” then I make my confession to you, my beloved little Safe Haven family, tonight.

There is embedded within this most amazing scene, Jesus washing His disciples’ feet, a timeless lesson that, if only I could turn back the hands of the clock and the passage of time, I would have taken to heart way back when I was just starting out in my ministry.

This pointed and practical warning is as timely today as it was that night in that Upper Room when Jesus gave it to His disciples.

A timeless truth that has come to define my life and, more to the point, my ministry today. A living lesson of which you are the beneficiaries.

As we detailed last week, this so-called “Last Supper” was a modified Passover Seder. I say modified because as we learned last week, the word Seder means “order.” As in a carefully choreographed, specifically scripted order to the meal.

Yet, at certain significant points along the way, Jesus purposefully departed from that thousands-year-old order and added to that script.

Just as Jesus did here, in John 13, at the very beginning of their meal together.

It was certainly customary — very much a part of the script — for the host (Jesus) to wash His hands ceremonially as meal began. But why did He then wash His disciples’ feet?

Especially given that every other departure that Jesus made from the Seder script expanded or enhanced the significance of their celebration of Passover, especially in light of His coming death as ultimate Passover Lamb.

Every departure, except for this one: Jesus washing His disciples’ feet.

A beautiful gesture, to be sure. The quintessential picture of loving humility and servanthood. So much so that foot washing in some Christian traditions even today, has been elevated to a sacrament or ordinance equal to that of Communion and Baptism.

You talk about, Paint the picture, Rabbi? How about Jesus kneeling as a slave to wash His disciples’ feet (including Judas’ feet) as a three-dimensional, high definition picture of this? (The this to be explained in the remainder of this Podcast.)

So Jesus got up from the table, took off his robe, wrapped a towel around his waist, 5 and poured water into a basin. Then he began to wash the disciples’ feet, drying them with the towel he had around him.

For starters, we should ask, “How does this apply to me?” That answer is easy, as Paul wrote in Philippians 2:5-8,

You must have the same attitude that Christ Jesus had.

6 Though he was God,
he did not think of equality with God
as something to cling to.
7 Instead, he gave up his divine privileges;
he took the humble position of a slave
and was born as a human being.
When he appeared in human form,
8     he humbled himself in obedience to God
and died a criminal’s death on a cross.

Ok, so we are supposed to have the same servant attitude as Jesus. But, why did Jesus pause in the beginning of His final Seder dinner and wash His disciples’ feet?

Truth be told, when He did this, He strategically placed His finger directly on the pulse of the issue that has plagued – and continues to plague – His servants and His work around the world for over 2,000 years. You see, something triggered Jesus’ actions here and understanding what that trigger was will help us understand how it applies to us today.

Now, when a rabbi would celebrate Passover with his students, it was carefully planned out who would sit where, especially in relation to the rabbi. There were certain seats of honor at the Passover table, as well as seats of less honor. In the case of the triclinium that Jesus and His disciples reclined at that night, Jesus would have been seated in the center of the left-most branch of the table, along with two disciples, and the other ten would have been reclining around the other branches of the table.

According to John’s Gospel account, he was the one reclining to Jesus’ right. And, the fact that Jesus dipped into the same bowl as Judas tells us that he was the one seated to Jesus’ left side. Both of these positions would have been seats of honor at their Passover table, which makes Judas’ betrayal at that moment all the more heinous.

All this to say, when we take into account the positioning at the table, we understand Luke’s Gospel account of that dinner much better:

The apostles got into an argument about which one of them was the greatest.  (Luke 22:24)

That argument is what precipitated Jesus washing His disciples’ feet. The cancer of ambition had oozed its way into the Disciples’ discussion, even as they ascended the stairs to the upper room that night.

Yet, Jesus’ desire is for all of His followers to be selfless and humble.

So, upon the foundation of the trigger that was the Disciples’ argument, Jesus went off-script at their Seder dinner that night and offered us – for the next 2,000-plus years – a most profound object lesson about one timeless truth. And that truth is this: Jesus wants His followers who are spiritual leaders – from His Apostles in the past to today’s pastors, missionaries, and other church leaders – for their lives to be marked by humble, selfless servanthood. Greatness has no part in this equation. Therefore, the quest for greatness is never justified, even when someone claims to “pursue greatness for God’s glory”.

Jesus told them, “In this world the kings and great men lord it over their people, yet they are called ‘friends of the people.’ 26 But among you it will be different. Those who are the greatest among you should take the lowest rank, and the leader should be like a servant.  (Luke 22:25-26)

And, with that, the Master of the universe took the position of a slave, got up and washed their feet.

This was a lesson that did not fall on deaf ears when it came to Peter, who later wrote:

Here’s my concern: that you care for God’s flock with all the diligence of a shepherd. Not because you have to, but because you want to please God. Not calculating what you can get out of it, but acting spontaneously. Not bossily telling others what to do, but tenderly showing them the way.

And when the Great Shepherd appears, you will receive a crown of never-ending glory and honor. (1 Peter 5:2-4)

So here’s the point. The first step in correcting a problem is to identify it and its causes, which we will do courtesy of Jesus, Peter and Paul.

Firstly, the aphrodisiac of raw ambition is universal and nearly irresistible. It affected the original Christ followers, aka the Disciples, as well as committed Christ followers throughout history. It takes a variety of forms: the ambitious quest to build great churches, to develop great ministries, to build great brands, to produce great conferences… these are just a few too often justified pursuits of greatness.

However, God receives no glory when His servants seek to build great and glorious ministries. That is actually in direct contrast to the selfless shepherd model He repeatedly offered us.

Secondly, in almost every Christian organization today lives the relentless pressure to grow that organization. Yet, again, this goes against the rabbinic model that Jesus offered, where a single rabbi taught, lived alongside, ministered to and knew the lives of his students. The building of a church is not a duty Jesus assigned for us.

I will build my church, and all the powers of hell will not conquer it. (Matthew 16:18)

HE will do the building, not us.

And thirdly, we have created a culture of Christian celebrity. And merely because it is achievable to seek and reach celebrity status within Christian culture, the temptation is overwhelming for most church leaders.

We are called to be like the guy who washed His followers feet and dried them with the towel He had wrapped around Him, not like celebrities.

December 9, 2016
Breakpoint: Heroin Hell - Saving Your Kids from the Opiate Epidemic
Next Post 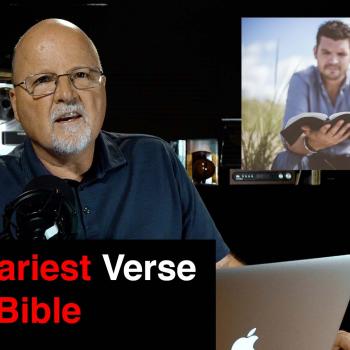 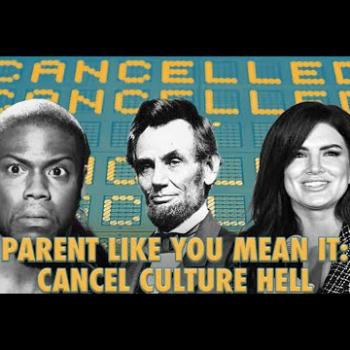