Communications and PR Guru Justin Dean shares his story, truths he has learned, and what he is doing today

It is a true privilege to have had the chance to spend an hour chatting with Justin Dean. I have known about Justin for a while now having benefited from his ministry work at Mars Hill Church and now today as he works diligently to equip church leaders and churches to effectively communicate their message in a digital age.

For years, Justin led the communications department at Mars Hill Church, through an unprecedented season of growth in the Pacific Northwest. Justin leveraged social media and video to increase the impact of Mars Hill – that was what got me hooked. For years I listened to Pastor Mark Driscoll and other leaders in the Seattle megachurch. I even signed up for a year of studies through their leadership training program known as Re:Train. I am a better husband, father, man, pastor and leader because of this program.

As many of us know, Mars Hill Church closed its doors a few years back after much controversy and the resignation of the founding pastor, Mark Driscoll. Justin was on the front lines of this most difficult season. He shares his story at length with the pain, challenges but also some of the redemption stories that emerged out of this church.

Today, Justin has emerged with a strong voice in the church communication world, particularly in the PR and Social media department. You will not want to miss some of the insights he shares about working hard before a crisis hits to prepare for the inevitable one that is coming your way.

Also, at the end, we discuss some social media strategy that is timely for those who want to leverage their influence and advance the mission of their organization or business.

Justin is a fantastic man of God and a true servant of us church leaders. I wholeheartedly endorse everything that he is offering and would encourage you to support him in any way you feel led.

Here are some links we talked about:

January 12, 2018 BreakPoint: Sweet Cakes by Melissa, Religious Freedom, Lose on Appeal - Art in the Eye of the Beholder?
Recent Comments
0 | Leave a Comment
"To "miss the mark" suggests you're doing something wrong, even with good intentions, perhaps because ..."
James Leroy Wilson WWUTT: Sin Means to Miss the ..."
"Poorly written. The political-legal and religious sides of the piece are free-floating...unconnected to each other. ..."
Daniel Johnson Parent Like You Mean It: Roe ..."
"Yep."
Daniel Johnson The Protest Show with Thor Ramsey: ..."
"That's a long-standing tradition for right-wing 'comedians'"
Jack The Protest Show with Thor Ramsey: ..."
Browse Our Archives
Related posts from Christian Podcast Central 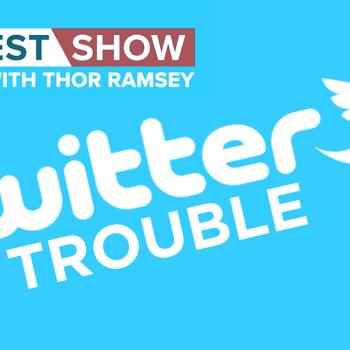