Parent Like You Mean It: Rooting for the Visiting Team

Parent Like You Mean It: Rooting for the Visiting Team September 8, 2021 Christian Podcast Central

Rooting for the Visiting Team

I love sports. I mean, I really love sports. I love playing sports, watching sports, and talking about sports. I spend most mornings listening to three hours of sports radio and most evenings at least checking out whatever sporting events might be on any of my TV service’s 19 dedicated sports channels. I love the sights, sounds and smells of taking my family to the ballpark, whether it be sitting along the third baseline at an Angel game or sitting in a lawn chair at my son’s flag football game. My “addiction” was most revealed early in the pandemic, when I found myself watching replays of the 1977 MLB All-Star Game, collegiate SpikeBall and the only live sporting event that was available: professional corn hole. In fact, as I sit here writing this right now, I’m listening to professional ultimate frisbee!

As a football fan in San Diego, I really miss the days when the Chargers called America’s Finest City their home. As a Kansas City Chiefs fan, I REALLY miss the days when I could make the short drive down the 15 freeway to see my Chiefs trounce the home team.

To this day, New Years Day 2017 still holds as one of my son’s favorite days when we got to see our Chiefs wallop the Chargers 37-27 in what would be the final Chargers game at the Q.

You see, on that day, and for years and years prior to then, we could stand in a sea of powder blue clad fans decked out in our Chiefs gear, rooting for our team at the top of our lungs, exchanging high fives with the guy three rows back who also happened to be wearing all red and taking the ribbing from the Charger fans as the game ebbed and flowed. The lines for hot dogs and beer were dotted with fans on both side of the NFL aisle, as was the pre-game tailgating and at the end of the game, whichever team came out on top, we all filed to our cars side-by-side, exchanging friendly “good games” and “We’ll get you next time!”

My dad and I shared a similar experience as I wore my Angels gear to the Seattle Kingdome back in the 80’s, and my dad encountered the same rivalry-filled friendliness when he’d wear his Pirates gear to sit next to me along the third baseline in Anaheim.

In almost all sporting events, rooting for the away team is actually kinda fun!

Except when the Raiders are involved.

I once had tickets to see my Chiefs play in Los Angeles against the silver and black, when – luckily – a good friend of mine – a die hard Bronco fan – warned me against going. He said he could not imagine how much money was wasted on beer that was poured over his Elway jersey instead of consumed by the Raider fans in the seats behind him. Then again, maybe it was better that they had poured it on my friend instead of drinking EVEN MORE.

Anyway, all this sports nostalgia got me thinking about the 1972 Presidential Election.

Leading up to the McGovern / Nixon decision, Richard Nixon promised to work toward “peace with honor” in regards to the Vietnam conflict. The more radical George McGovern wasn’t making any such promises, but rather said that he would withdraw all American troops immediately whether or not US POW’s were released. As the wife of a recent Vietnam Veteran, my mom voted for the Republican. Her dad, a dyed-in-the-wool, staunch Democrat, did not take kindly to his daughter’s “rebellion” at all.

And, like those Raider fans I mentioned, Papa didn’t hide his animosity toward the opposition. Papa didn’t even speak to his own daughter for six months after that election. Simply because she voted for the other guy. Never mind that she had a new, and may I say adorable, baby – his only grandson… Papa cut us out of his life for half a year.

Now, he did eventually come to his senses and it cost him. He showed up with a mink and cashmere coat in hand more compelling than his gift for my mom was his sincere apology.

And, of course, she hugged him and all was made well.

But, my point is that we, as a society, more closely resemble my unapologetic Papa and Raider fans when it comes to today’s hot topics than they do Charger fans or my mom.

Gone, it seems, are the days when civil discourse was held with Evelyn Beatrice Hall’s quote as its backbone: “I disapprove of what you say, but I will defend to the death your right to say it”. In other words, “You do you, I’ll do me, we can discuss, and even vehemently disagree. But at the end of the day, founded in our common decency and humanity, we will be at peace with one another.”

But, what if our perspectives are so diametrically opposed on life or death issues? What if we are at odds with the very nature of our societal systems such as education, parenting, the economy and governmental authority?

Well, in my mind, that’s when I think of a quarter. On one side, I see a Bald eagle – our nation’s symbol – with its wings spread and our motto E Pluribus Unum: Out of many, one… all under the banner of the official name of where we live: The UNITED States of America. These elements may be symbolic, but they reinforce what we, as a nation, and as individuals, have represented for over 200 years: We may disagree, but all of our various opinions are unified as one people.

Then, on the other side, I see an embossed portrait of George Washington – our Founding Father who gave his all in order to secure a future for our generations without tyranny and warned us of such division when he wrote:

“It agitates the community with ill-founded jealousies and false alarms, kindles the animosity of one part against another, foments occasionally riot and insurrection. It opens the door to foreign influence and corruption…”

You see, as I think of where we are at today, where I see family members refusing to even speak to their own parents, brothers and sisters… where I see neighbors and fellow church members spewing venomous rhetoric in the direction of those who dare disagree with them, I see President Washington’s warnings, I see our call for unity as a country, and yet I’m also reminded of another founding father, Patrick Henry who exclaimed the famously inspirational words: “Give me liberty… or give me death!”

We ought to be free to non-violently disagree. We ought to be understanding enough to hear the other side without resorting to creating chasms between us. We are called, by God, Himself to: “As much as you can, live in peace with all people”.

And, if it offends you for me to quote the Bible in regards to all the tumult we see in our schools, neighborhoods and churches, all I can do is refer to one of the great orators of our time, the great David Puddy, when he found himself confronted by his girlfriend, Elaine Benes:

Elaine: Is it a problem that I’m not very religious?

Puddy: Not for me.

Puddy: I’m not the one going to hell.

Look, my point is this: are we going to fall prey to Washington’s warnings and allow our disagreements to cause an irreparable rift between anyone and everyone who disagrees with us, or will we acknowledge that, if nothing else, we are all human beings, Americans even, with rights, freedoms, intrinsic value, and worth fighting for… not against.

And just as important, this is the behavioral pattern I want to set as an example for my kids. It’s what I’d like to see exemplified in other adults, as well, so that our kids… ALL our kids… will grow up with an understanding that people who disagree with us are not to be feared, hated, or even avoided, but to live at peace with, as much as humanly possible. And, when we reach the breaking point beyond “humanly possible”, my hope and prayer is that in that very moment, someone extra-human will step in. History has proven that He will. And, all I’m saying at that moment is that you don’t want to be the one going to hell. 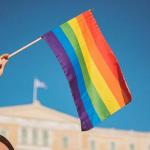 September 6, 2021
Summit Lecture Series: What Is Marriage?
Next Post 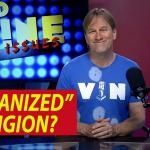 “He refused to be called the...
Cranach
Related posts from Christian Podcast Central 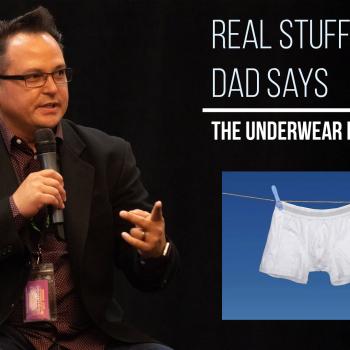 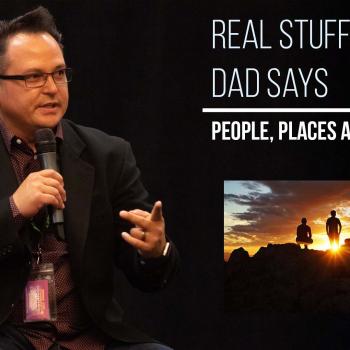 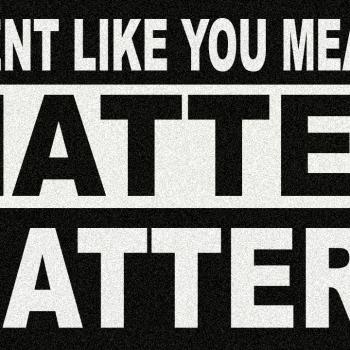 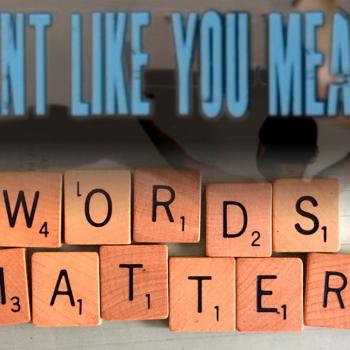