Last thing I’ll say to this. I’m giving you like four or five answers because again, there’s a whole lot more, but I want you to get it. Love your gay friends. It’s okay to have them have friends. Okay?

Don’t change your perspective because of feelings. Don’t expect them to hear your logic and all of that. Okay? But the last thing is, and how we love them is the Christian community has reinforced in well-meaning, but misguided ways, the number one lie surrounding this issue of same-sex attraction.

But in responding to this so many times, the Christian community has looked at our same-sex attracted brothers and sisters and said, “God will make you straight,” as if the end of the gospel has God turning someone from gay to straight. No, the end of the gospel, it’s God turning a sinner, to a saint. We’ve promised that God will take the gay away.

So how this plays out with you is, number one is if you have someone who’s pursuing Christ and struggling with this, walk with them through this. Don’t move the goalpost. God requires chastity from them, just like he requires it from me. God requires chastity from every human being. I have to be chaste when I’m away from my wife. I have to be chaste, in different ways, when I’m with my wife. Does that make sense? Chastity is not just not having sex. Chastity is what it means to be properly sexual and everybody has to do this. So when we talk to our same-sex attracted friends, they’re held to a requirement of chastity, but that’s not everything they are. How de-humanizing it is it, to define someone down to nothing more than their sexual attraction?

I would say, that’s why I spent so much time the other day on the image of God, this is not just theory. This is not just theological doctrines. Does that make sense? The tip of the spear for Christian cultural engagement and loving our neighbor is treating them, and talking to them, and acting as if they are made in the image and likeness of God. Does that make sense? That’s the big thing. Does that help at all? Great question. Back to just regular marriage and family. What about that New Testament verse? Somewhere in the New Testament from Paul, where he says it’s better to be single, so that you can like serve God.

Yeah. Yeah. This is a great question. I try to be really careful on how I frame this because I don’t think actually marriage is for everyone and I think we have, at some level in the Christian community, told every girl that you’re guaranteed to get married, or every guy you’re guaranteed to get married, and that’s when you actually get to fulfill your purpose. Your highest purpose is not being a wife and a mom. Your highest purpose is being made in the image of God and glorifying him.

So you have a high purpose right now before you’re married and if you become a wife and a mom, your highest purpose is to glorify him and you have to figure out how to do that by being a wife and a mom. It’s a brilliant job description but so as being single and all that sort of stuff.

Now ,that particular passage with Paul and I bring that up by the way, especially because when we talk about Christian conservatives and dare I say, oftentimes the homeschool movement, there’s kind of an idol made of being a wife and an Octo-mom. I’m just kidding. A mom. Mom. Mom. Mom. All right. Which is wonderful and it is a brilliant sort of thing, but it communicates to some girls that they’re not serving God until then, so they’re kind of like putting their lives on hold. You need to steward right now, the gifts and the callings and the situations, and the friendships and everything else that you have.

Now that particular passage it’s really interesting because Paul does say there, it’s better to be single than to be married because you can devote your whole life to serving the Lord. I think he is also is very clear that most people can’t. Most people won’t and so it’s better in that you can devote your more time. So in other words, like I’ve got a book proposal that I’m floating around right now. I should be writing, but today I went fishing with my kids because I needed to go fishing with my kids and I caught something. They didn’t, but I did. So that’s an example of that. But is loving my kid have eternal significance? You bet.

In that particular passage, there’s another kind of nuance there and I’m not a New Testament scholar in this sense, so I would recommend you check out on commentary something. In that passage, Paul actually says something interesting. He says, “I speak. I’m speaking myself, not on behalf of the Lord here,” which the only time really, that kind of pops up in scripture. You know what I mean? Where Paul actually says, “I’m saying this myself, not from God, that I think it’s better.” What does that mean? I don’t know, but it’s there, so you have to take that into consideration into the meaning of the passage.

This is kind of a long question, but someone very close to me is a transgender, from Minneapolis, Minnesota. They live way far away. Changed their hair, their voice, their name, everything, but had surgery. She became a he and he is also married to a girl. I’ve known them for a long… Many years and they’re great people. He claims to be a Christian, as does she and they preach all the time and talk about heaven and hell with people they know and they always preach God.

I find it hard sometimes to believe everything they say, but I want to because I’ve known him my entire life. I don’t know their personal actions as transgenders, but as a Christian, I want to assume they don’t have relations outside of the marriage. He didn’t have a very hard childhood and he believes he saw it from the beginning that she should be a he, but I want to know your view on that. Like the heaven and hell issue, and like deeply as they could be saved as a transgender gender couple? Anything like that?

Oh, man. The requirement to be a Christian is to be in Christ. The evidence of being in Christ is fruit that is identified throughout the scripture. Jesus also says, “If you love me, if you’re one of mine, you do what I say.” It doesn’t mean that everyone’s always very clear on what that is, so there can be processes. For example, really well-meaning people, let’s say in very… For example, just as an example, very well-meaning, committed to Jesus people, that are doing the best they can, in a very fundamentalist context where they actually become a legalist but they love Jesus and they’re going to go to heaven even though they’re legalist. So technically they’re not doing what Jesus says in expressing grace, but what they are doing is following his commandments the best they know how.

I don’t want to… Our culture is so sexually confused right now that it is very easy, I think, and it’s bigger than this. We spend a whole first part of the book talking about the dizzying landscape. I mean, so we’re at a point… Think about this. Again, throughout history, there were cultures that celebrated certain sexual activity, but no culture until now, put that on the same par as marriage. No culture until now would say that if they even celebrate, it was a guilty pleasure or a path to an orgasm or something like that, but it wasn’t married. We’re saying that these two things are equal. We’re denying obvious physical reality.

The transgender question, we’ve reached that point too, where we’re saying that literally what it means to be man and woman is in your head and nothing else. So it has nothing to do with clear biological reality. That’s a really dangerous place to be and we’re talking about that as if it’s just normal.

So we’ve got a situation here in Colorado Springs, just south of here in Fountain, where a six year old boy thinks he’s a girl. He wants to go to a girl’s restroom and so on and so that the teachers just let them go to the faculty restroom to accommodate and the parents said, “No. He has to go in with the girls, otherwise you’re putting stigmatism.” So they’re trying to encourage this transgender thing for a six year old. Are six year olds really clear about that? I mean, I think when my daughter was sick, she said she wanted to be a horse. I’m just saying, it’s just not clear. This is one of those issues that it gets really, really confusing.

Romans 1 says, God’s judgment is when God pulls his hands off and says, you do it your way and you face the consequences of those. Does that make sense? So, we’re two or three generations into such radical sexual confusion that we’ve now created a context of consequences. Does that make any sense? So there’s like these legitimate, deeply held confusions, that seem normal and what’s crazier about this is that it seems normal. It’s confusion that we’re calling normal.

September 21, 2021 Brad Stine Has Issues: Keep Your Hands Off My Body
Recent Comments
0 | Leave a Comment
"Very helpful! Du Mez and others use their degrees to cover uo the lies in ..."
Roger McKinney Brad Stine Has Issues: What Women ..."
"Lovely thoughts. Too bad the most important one: "A progressive society should ensure that women ..."
Matthew White Life Grounded: Who Benefits When A ..."
"ALL of society benefits when an unwanted child is not brought into an overcrowded world."
JDale Life Grounded: Who Benefits When A ..."
"Did they ask if she was fertile?"
Donalbain Summit Lecture Series: How Marriage Was ..."
Browse Our Archives
get the latest updates from
Christian Podcast Central
and the Patheos
Evangelical
Channel
POPULAR AT PATHEOS Evangelical
1 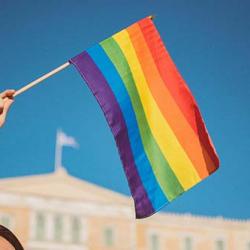